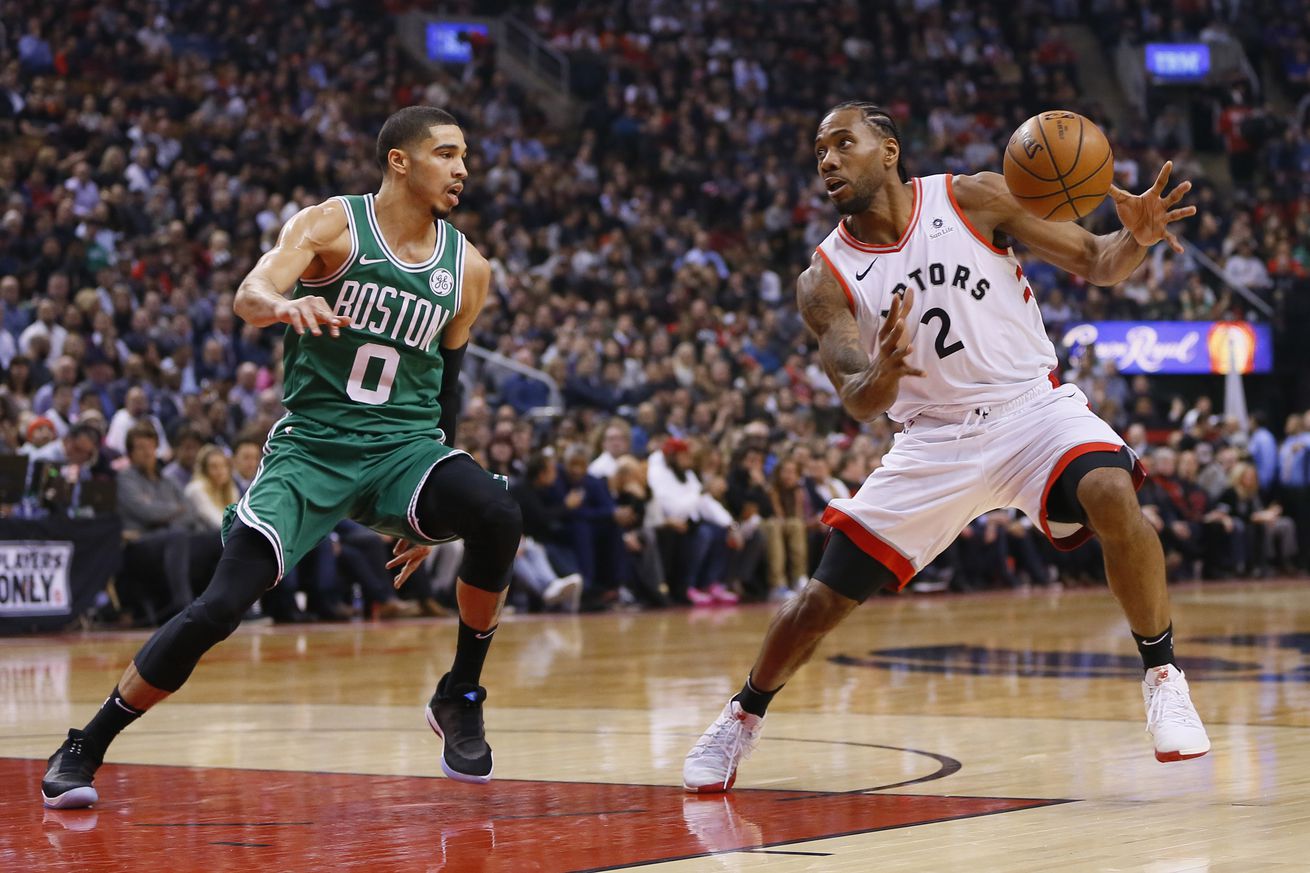 Prepare for the longest of long shots.

The 2019 NBA Finals are about to tip off, and for the 9th straight season, the Boston Celtics are not a part of them. Following a disappointing season from basically the second week on, the Celtics will be watching the Finals from the same place that all of us are – the couch.

And that’s okay. I’m at peace with it now. My thought process throughout the whole season was, “Okay, we’re struggling, but a lot of that – Hayward’s injury recovery, for example – is out of our control and guys will figure it out by the playoffs.”

Narrator voice: Guys did not, in fact, figure it out by the playoffs.

So now, my thought process has shifted to, “I don’t know how we’re going to go about it, but we need to make some roster changes.”

Whether that’s an Anthony Davis trade, simply letting Terry Rozier and Marcus Morris walk or some other move, this group of 15 guys can’t run it back. There are a lot of moving parts, but in my opinion, something has to change.

That brings us to this year’s NBA Finals. The Golden State Warriors are set to take on the Toronto Raptors who have been carried by a historic postseason run by Kawhi Leonard, and it should have been us it’s been amazing to watch them truck through all of the East juggernauts and the Orlando Magic. With Kevin Durant rehabbing his right calf injury, there’s plenty of opportunity for drama.

Kevin Durant showed interest in the Celtics back in 2016, and Boston was reportedly his second choice behind Golden State. I’d be willing to bet that if the Warriors didn’t choke that year and Draymond Green didn’t call Kevin Durant crying in the parking lot after losing, we’d have Kevin Durant in green already. But that didn’t happen, and here we are.

Flash forward to this year when Ryan Bernardoni (the beloved @dangercart) dropped the bombshell that Kevin Durant has, according to sources, expressed interest in joining the Celtics this summer.

The post lays out the possibilities perfectly, citing an opt-in and trade similar to Chris Paul in 2017. The reasoning is that Durant will tell the Warriors that he has no intention to re-sign, but he wants to go to a team that can’t outright sign him in free agency without a lot of finagling. The Warriors agree because losing a monumental talent like Durant, arguably the greatest player in today’s NBA, for nothing when they could get something for him. The Celtics say yes because obviously.

So here’s a scenario: The Warriors dominate the first couple games of the series, Kevin Durant returns, the Warriors struggle to adjust and then lose the series. The narrative will unfairly shift to, “Durant messed up the chemistry of the team” among a bunch of other senseless garbage. Draymond Green will be reminded of when he yelled back in November that the Warriors don’t need Durant to win. In fact, all of the details of that scuffle will come back to light.

Durant, fed up, decides to leave in free agency, and instead of teaming up with his good buddy Kyrie Irving in a dumpster fire of an organization, he decides to play with actual promising talent in Boston. One simple-ish opt-in-and-trade later, and the Celtics are playing with Kevin Durant, and Kyrie Irving re-signs a couple of days later.

No need to gut the roster for Anthony Davis who might leave next summer anyway. The Celtics instantly become the (genuine) favorites in the East, and then they’ll be just one year displaced from the rest of the Boston Grand Slam.

Sounds too good to be true? Yeah, definitely probably. But it’s not impossible. Stranger things have happened. Maybe it’s his intention to do all of this anyway regardless of the outcome of the Finals. Maybe he hates Boston and wants nothing to do with us. Maybe he really wants to play for James Dolan’s team with, uh, Kevin Knox and Frank Ntilikina (?). We don’t know, just like how we shouldn’t believe that anyone really knows what Kyrie Irving is going to do this summer.

But man, this scenario would be awesome. So yeah, Raptors in 7.