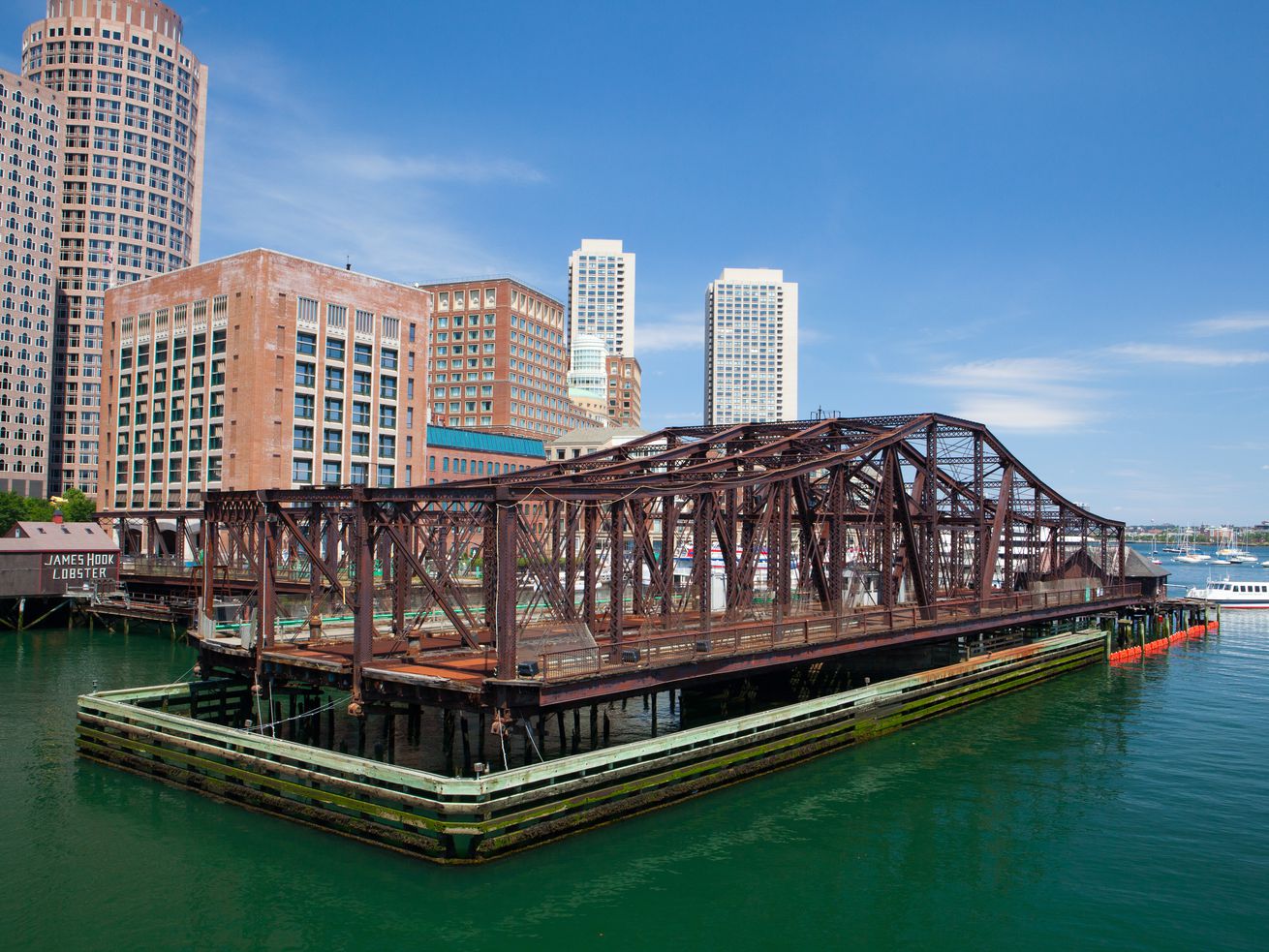 Boston plans to host a public meeting on Monday, June 3, regarding the fate of the Northern Avenue Bridge between the Seaport District and the bulk of downtown.

Recall that the decrepit Fort Point Channel span has been closed to vehicles since 1997, and to everything else since 2014. In 2018, the city launched a redevelopment effort, and began soliciting ideas.

It seemed then that the Northern Avenue Bridge would be used primarily—if not exclusively—for biking and walking over the channel. Instead, proposals put forth in April all involved buses and high-occupancy vehicles as well as bike lanes and pedestrian pathways.

The presence of motor vehicles in these tentative plans has not been sitting well with some, who see such proposals as yet another sop to the cars and trucks that have already made getting around Boston an often epic challenge.

The idea of buses along the Northern Avenue Bridge, however, has its supporters, who say that such a change would ease congestion in the Seaport. Though those opposed to bus lanes say a bike- and pedestrian-only span would prove a better amenity for the area.

The overarching debate “is shaping up as a sort of Rorschach test for the traffic snarl vexing the Seaport, and Boston as a whole,” as the Globe’s Tim Logan put it. The city hopes to advance to a final design before the end of the year and to start work in 2021.

What’d you think the city should do re: the Northern Avenue Bridge? Pedestrians and bikes only? HOV and bus lanes only? A general traffic bridge with pedestrian and bike paths? Something else? Sound off in the comments section below.