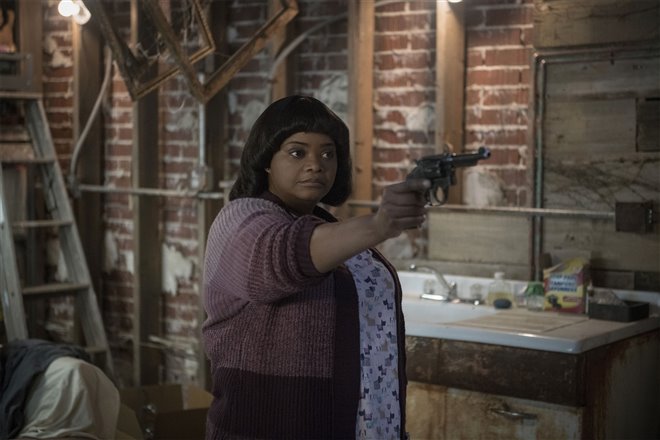 If you aren’t the sort of person who follows the minutiae of trash cinema (or, honestly, even if you are), you might not have noticed a peculiar sub-subgenre that seems to be percolating as of late. It began, as far as I can tell, with Greta, a bonkers Fatal Attraction riff primarily differentiated by its casting of an apparently slumming Isabelle Huppert. This was followed a couple of months later by The Intruder, a home-invasion thriller starring the perennially affable Dennis Quaid as the titular MAGA-hatted psycho. In some ways, these bits of stunt-casting recall the notorious hagsploitation wave of the 1960s, but in those movies, the appeal was seeing glamorous stars like Bette Davis and Joan Crawford playing grotesquely against type. Here, the characters deliberately recall their actors’ best-known roles (Huppert’s character in Greta is literally a piano teacher), and also kill a bunch of people. To the best of my knowledge, no one’s come up with a name for this genre yet, so I’m going to go ahead and throw down stakes on “Nice ‘n’ Dice.”

The most recent addition to this odd canon is Ma, the latest chiller from the Blumhouse pop-horror factory. For its central heel-turn, Ma ropes in perhaps the genre’s greatest coup yet: Octavia Spencer, possibly the most lovable actress currently living on earth. Less flamboyant, but perhaps even more baffling, is Ma’s director: Tate Taylor, who shepherded Spencer to her first Oscar with 2011’s The Help. Blumhouse clearly knows what it has, its advertising campaign leaning heavily on Spencer’s incongruously unhinged performance. But is there anything to Ma beyond a nutty gimmick?

The film’s plot centers on teenage Maggie (Diana Silvers) and her mother, Diana (Juliette Lewis, embodying the burnt out Gen-X Cool Mom), as they settle into a new life in Diana’s drab, post-industrial hometown. Maggie suffers from typical new-kid anxieties at school, but quickly settles into a tight-knit group of friends, including Haley (McKaley Miller), Andy (Corey Fogelmanis), and a handful of others who I’m not positive are ever named onscreen. Hustling adults outside the package store so they can get drunk at the rock quarry (did I mention this is a small town?), the kids cross paths with kindly vet tech Sue Ann (Spencer). After busting their chops some, Sue Ann caves, and quickly becomes the kids’ hook-up. Redubbed “Ma,” Sue Ann invites Maggie and her friends to adopt her basement as their party hideout, ostensibly to keep them from off the roads– but also, insidiously, to distance them from their parents. Word gets out, and Ma’s place quickly becomes legendary among the students of Franklin High, with Sue Ann frequently joining the fray, badgering kids to drink like a reverse Pamela Voorhees. Every single thing about this setup should constitute a red flag, of course, but the teens are so jazzed on having their own personal shot dungeon that they scarcely realize when Ma’s inevitable ulterior motives come to light. 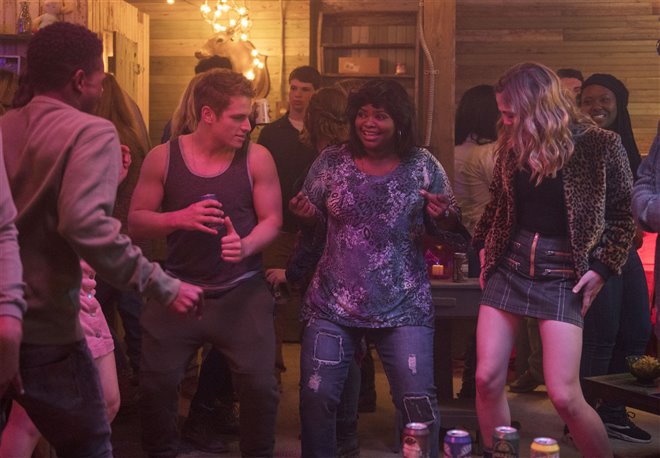 As the trailers suggest, the main reason to see Ma is Octavia Spencer. True to the Nice ‘n’ Dice playbook, Sue Ann is a fully fledged Octavia Spencer character– wise, endearing, funny, with deep reserves of emotion– it’s just that she happens to also be a raving maniac. As written, Sue Ann could have been a simple, devious slasher-killer, gaining the children’s trust before revealing her true nature. In Spencer’s hands, she’s something more complex and tragic: you get the sense that she genuinely relishes being the beloved den-mother to these teenage reprobates, and comes to rely on their support even as she plots their demise. It’s certainly true that Spencer herself is clearly having the time of her life, throwing herself into a sort of role rarely granted to women of color. And really, the entire adult cast is pretty astoundingly overqualified; in addition to Spencer and Lewis (who seems to be acting in a particularly high-quality Lifetime movie), Allison Janney has an all-but-uncredited role as Sue Ann’s boss. For those keeping score, this brings the cast of Ma to a total of two Academy Awards and five nominations.

It’s enough to wish Ma had more innovation behind the camera. For all its dumbness, Greta benefited greatly from the legitimately warped mind of Neil Jordan, who has both the savvy and the style to lean into the skid and turn pulp trash into something nearly operatic. Taylor, on the other hand, comes from a background of blandly competent crowd-pleasers like Get On Up and The Girl on the Train, and one senses a hesitation to embrace the nuttiness of the concept. In some of the film’s most memorable moments, the camera slows down to marvel at the ludicrous sight of Academy Award-winner Octavia Spencer doing the robot to “Funkytown” or “The Safety Dance.” with just a little more commitment to the bit, these could have showstoppers (or at the very least jaw-droppers). Instead, the film flits to the next bit of plot before the chorus hits. 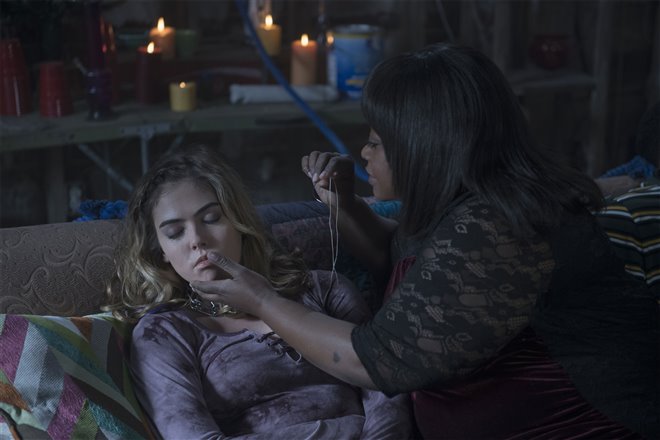 Likewise, there are occasional flashes of satire which suggest a version of the film that could do for Gen-Z teen culture what Mean Girls did for Millennials, or Heathers for Generation X. One scene-stealing supporting character, a minister’s daughter, feigns unconsciousness at parties to avoid the temptation of alcohol (“It’s stupid as hell,” Haley deadpans in clear earshot). Later, upon mention of a cancer diagnosis, one of the boys remarks, “My grandfather beat it, and he’s a pussy!” And the recurring theme of Maggie and her friends being too drunk to remember the previous night’s horrifying discoveries could have been played as a wickedly funny running gag, as could their atrocious grasp of privacy settings on social media, or Andy’s not-entirely-unwilling response to Ma’s advances. But, as in the party scenes, Taylor feels too beholden to the conventions of the genre to get too far into uncharted territory. It doesn’t help that, apart from Silver and Miller, most of the young cast blend together; less than twenty-four hours out, I find myself unsure whether Maggie’s circle included two white boys or three. (Maybe there was only one?)

All that being said: when all the balls are in motion and Sue Ann’s plan kicks into gear, Ma fucking delivers. So much of the first two acts feels like safe, PG-13 horror-lite that, when the wheels come off, the graphic depravity of which Ma proves herself capable is legitimately shocking (it’s not hard to predict that Luke Evans’ shitheel dad character will get what’s coming to him, but several of the specific hardships inflicted on him I can truly say I did not expect to see in a multiplex this summer). Again, one might argue that this tonal shift might have arrived sooner as a halfway-point fakeout, or could have been pushed just a little further into Abominable Dr. Phibes extravagance. But for those looking for a nasty bit of grand guignol poison fluff, you could certainly do worse. If only it hadn’t arrived in a year when you could also do better.

Opens Friday, 5/31, pretty much everywhere (though the Hassle recommends the Somerville Theatre or your local mom & pop multiplex)