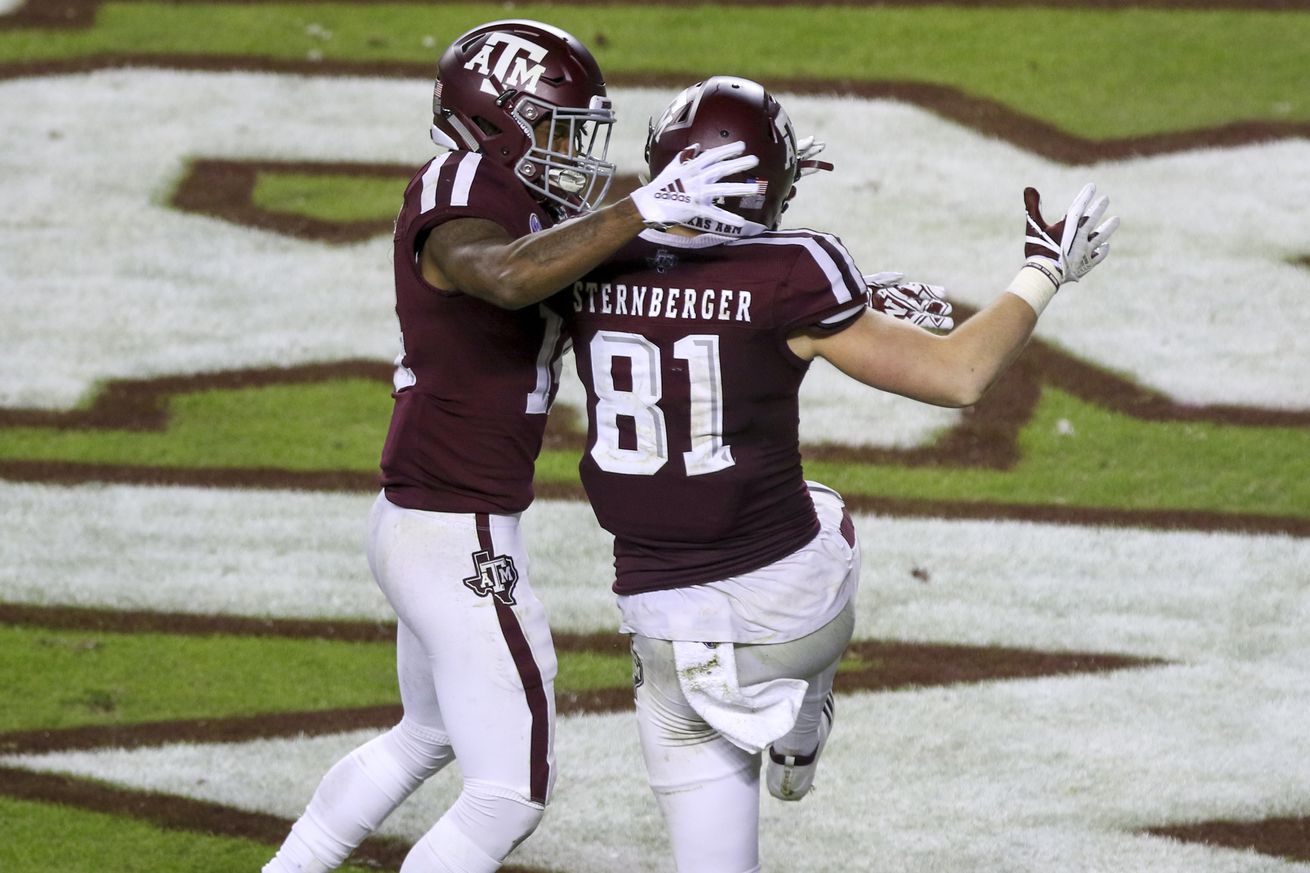 Buckle up, it’s about to get weird.

Really, if we’re thinking of things we can and should be grateful for, (besides all the Super Bowl rings, of course), at least the football gods and Ben Watson were kind enough to us to drop the suspension news on a Sunday night when we had a Monday holiday to enjoy hanging with friends and family, blow off a little steam, and hopefully catch some well-deserved R&R before a short work week. If the universe had dished this out on basically any other Sunday night, we’d all be finding out first thing Monday morning, and you don’t have to be Garfield to appreciate a Monday actually being good for once.

(Side note, shout out to anyone who had to work on Memorial Day, whether you’re a firefighter, an ER doctor, or holding down the drive-through at McDonald’s. We appreciate you too.)

Anyway, as our fearless leader Bernd wrote the other day, Watson getting popped and heading the suspension off at the pass was just the latest “….Really??” moment in what’s been the first offseason in almost a decade (!) where Belichick & friends needed to completely reboot the tight end position. And speaking of those moments, if I may speak for what seems like at least a solid 98% of Patriots fans, Day 2 of this year’s draft ranked somewhere between “Huh, that’s weird, they skipped tight end again” and, um, this:

So, why? Why’d Bill leave tight end after tight end hanging on Friday & Saturday on draft weekend while he picked up a cornerback that may not even crack the starting nickel defense rotation this year, the white guy everyone will make fun of us for anyway, a pair of offensive line projects when Dante can apparently make a seventh-round 49ers burnout the highest-paid tackle in football, and a, what, fifth running back? Doesn’t he know that while we can never *replace* Gronk, WE NEED TO REPLACE GRONK!?

We can talk draft value by position, replacement-level talent vs elite skillz, how the draft board actually shook out, what kind of measurables the Patriots crave, all the leadership and intangibles, and whatever else all day to try and figure out why a tight end didn’t have their name called by the Patriots. That’s been done pretty exhaustively in everyone’s OFFICIAL DRAFT GRADES (and by people far smarter than your writer, I’ll admit).

Our theory today is different than all that.

Stick with me here cause this premise is going to be extremely complex and encompass months of research, study, film, and data analysis. Think like the ever-popular Charlie Day in It’s Always Sunny In Philadelphia GIF when he’s cracking the Pepe Silvia mail conspiracy with maps and color-coded strings and post-it notes and various colors of Sharpies.

(side note: out of all the people that use that picture, how many people have actually seen the episode? Half of them? Two-thirds? One-third and the others just are like “Haha it’s that weird looking short guy with the crazy map on the wall”? These are the questions America needs answers to.)

They didn’t think any of them were that good?

Told you this was going to get weird.

For the past few years, we’ve gotten reports that the Patriots run a famously tight ship when it comes to college prospects that they actually think can hang with the big dogs in Foxboro. Here’s Yahoo senior NFL reporter Charles Robinson this year right before draft time on Bill’s invite-only “Possible Future Patriot” list:

10. The two teams that I believe have the smallest boards in this draft are the #Patriots and #Saints. Very lean boards, from what I was told. Best I nailed down with the #Saints was less than 150. One guy told me #Patriots board was 75-100 guys.

And here’s, uh, us, in 2017 saying their board is really even smaller than that:

“There’s good football players top to bottom [in this draft] I would say across positions,” Caserio explained. “So our job is to find the ones that fit for us and the reality is, look, there are some players that fit; there’s some players that don’t. In the end, we end up with 50-75 players that we would draft from top to bottom. That’s a small number but that’s where we end up. So that’s the decision that you have to make. I mean, it’s a small pool but that’s our process. We have to make the decisions that are best for our team, not necessarily what the player is going to do for somebody else. That’s all we can really do and control.”

The Patriots don’t care if the Jets have a draftable grade on a player, or if the Cleveland Browns have a 500 player draft board. They’re only going to look at the players they want and no one else. And despite the upcoming draft being regarded as one of the deepest in memory, the Patriots are sticking to a small board.

To try and put that in context of just how many dudes are there for the taking in the 2019 draft, consider this and keep that “75” number in mind:

The 2019 NFL Draft had the highest number of college foozeball players with eligibility left declare for the draft in NFL history. This year, a whopping 135 college players that still could’ve pulled a Frank Kaminsky and gone back and lived like kings on campus for their senior year decided to roll the dice and go pro instead, up from 103 just two years ago.

Put it another way, and there’s almost twice as many college juniors going pro as the Patriots have draft-worthy players on their entire board. Forget what rounds Bill and the gang have those guys graded for (it’s probably a reasonable guess, for example, that the Patriots didn’t have anything higher than a Day 3 grade on QB Jarrett Stidham, otherwise they would’ve spent a pick like they did on Jimmy G or Jacoby Brissett), the Pats barely even think they have enough draftable grades on the number of players that get picked in the first two rounds.

It’s also a fair assumption that the Patriots had at least SOME type of draftable grade on the Super Iowa Bros TJ Hockensen and Noah Fant, and it’s not just a good guess cause our man Ryan Kieran had them both graded as pick-32-worthy. The latter actually came to Foxboro for a visit after his day with the San Francisco 49ers – who, remember, owned the second freaking pick and were literally guaranteed to have one of the two best players in the draft fall right into their lap – and while it’s fun to think the Pats are just gathering intel on their future enemies with official visits, one would assume they’d have run the numbers and figured there might be at least a snowball’s chance that Fant would still be on the board when they were within striking distance without having to make a Godfather offer.

And as for the rest, the Irv Smiths and Jace Sternbergers and Dawson Knoxes that were generally looked at like second, third, and fourth-rounders – you know, those rounds where Trader Bill shoots the moon looking for maximum upside, like that Gronk bro – which of these two scenarios is more likely?

Yeah. That’s what I thought.

And finally, IF, and given the premise of this entire sitting-on-the-patio-having-one-too-many-on-a-summer-night discussion, it’s a big IF: if Bill really, really wanted any of the tight ends on the board, any of them at all, from TJ Hockensen to…whoever the last one picked was, with the Patriots having 12 picks to play with (including 7 picks in the first 4 rounds and 2 of which were coveted third-round comp picks), if we’re being real here, does anyone here seriously think that Bill lacks the stones to move up and grab his guy? Like he did with…let’s see…Gronk?

Yeah, that’s…also what I thought.

Sometimes, the simplest answer IS the best one. They don’t all have to be The Dark Knight-level he-anticipated-the-Joker’s-move-but-the-Joker-KNEW-he would anticipate-it-and-counter-planned type plot twists.

Or even “Finkle IS Einhorn”, for that matter.