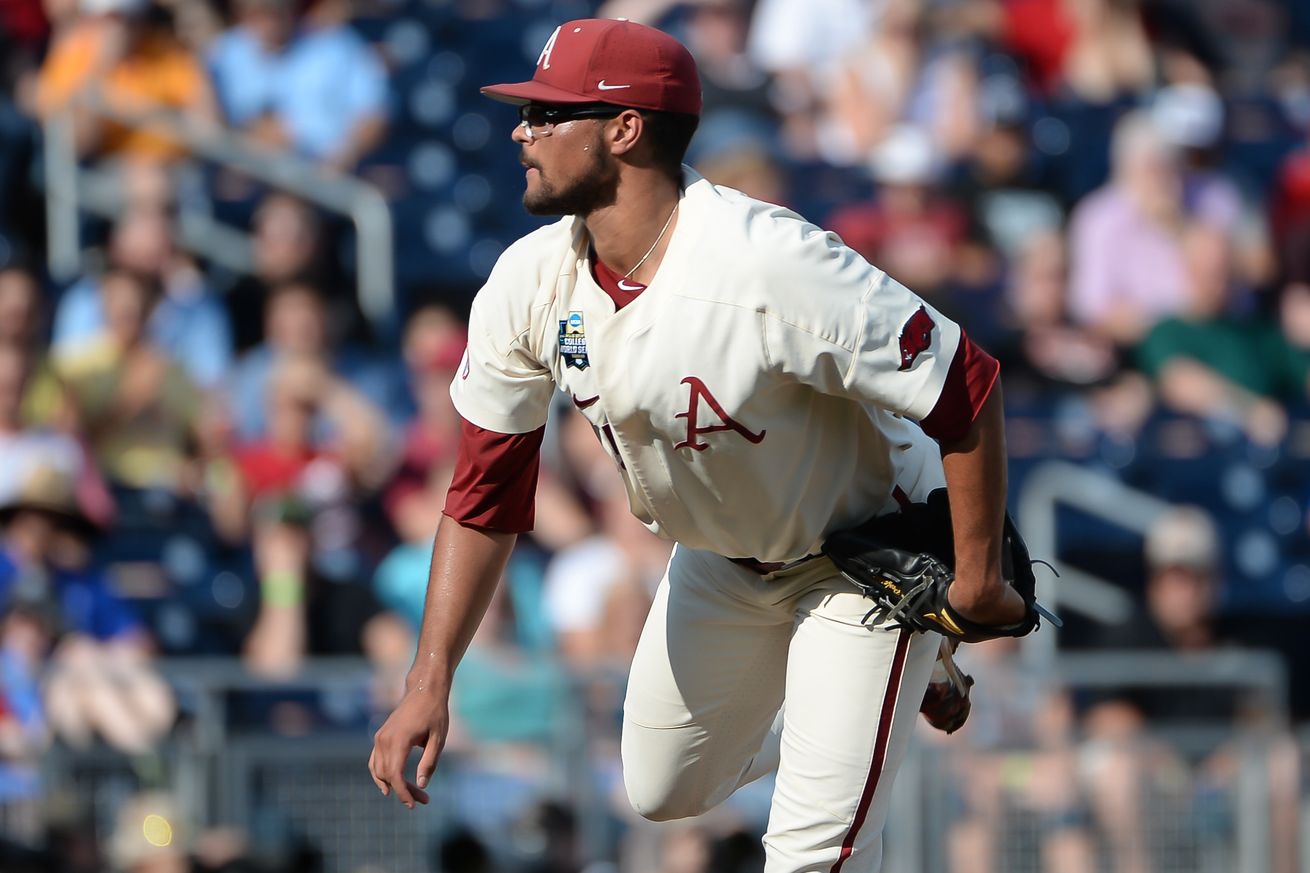 Another potential college pitcher target for the Red Sox.

The draft is somehow just a few days away, and it’s arriving with little-to-no fanfare in the Red Sox market, albeit for an understandable reason. As most know by now, after exceeding the luxury tax threshold by over $40 million last season — totally worth it, of course — they watch their top draft pick fall down ten spots into the second round at number 43 overall. They will also be picking in the number 69 spot towards the end of the first day of the draft.

There is still talent available at the spots the Red Sox will be picking, of course, as every year top MLB talent emerges that was once a later pick in the draft, even much later than where Boston will make their first selection. At this time, though, it makes it harder for fans to get excited as the top prospects aren’t going to be available at this time. Hell, it’s hard to even get a real feel for who will be at the top of boards around this pick as pretty much every mock draft stops about ten selections before the Red Sox make their first.

Even so, we are going to spend the time leading up to Monday’s Day One of the draft looking at guys the Red Sox could potentially target on that first day. Jake got us started on with a look at high school infielder Gunnar Henderson. Then, I talked about pitcher Drey Jameson before talking about a different college pitcher in Ethan Small. Today, I’m going to discuss yet another college arm in Isaiah Campbell.

Campbell could be the best fit among players who could potentially be available at this spot in terms of talent, upside and fit with organizational philosophy. Pitching for Arkansas — Andrew Benintendi’s alma mater, of course — the righty has seen the best college baseball has to offer in SEC play. He’s done extremely well as his team’s Friday starter (the number one starter on a college baseball team) this year. In 15 trips to the mound Campbell has pitched to a 2.37 ERA with 100 strikeouts and just 18 walks in 95 innings.

He was selected last year in the 24th round, but he entered 2019 as a popular breakout pick. The righty was sidelined for most of 2017 with bone spurs and then came back last spring and struggled to put it together consistently, showing some flashes but never on a regular basis. He’s come back this year with some new tools that have allowed him to rise as a likely Day One selection.

Campbell is ranked as the number 47 draft prospect on Baseball America’s top 500 draft prospects list, and according to them the big change for him this year has been the addition of a slider to his pitch mix. In the past, he threw more of a slow, looping curveball that wasn’t a very consistently effective offering. So, he ditched that and has turned to a harder, sharper breaking ball that has worked extremely well. He pairs that with a fastball that can get up to 95 mph and is his best pitch, as well as a changeup that is getting better and has the potential to be above-average if everything goes well.

Campbell fits in the Red Sox mold in that there’s a chance he ends up as a reliever. He’s a big righty with an effective fastball/slider combination that could potentially play up in shorter stints. That said, he’s a big kid — listed at 6’4” 225 pounds — that has the body to hold up through the rigors of a professional season. With the improvement of his changeup and especially with his command this season, there is growing belief that he has the potential to stay as a starter. Some other targets in this range are almost certainly going to be relievers eventually, whereas it’s more of a toss-up with Campbell, and some are leaning more towards a future in a rotation being more likely than not.