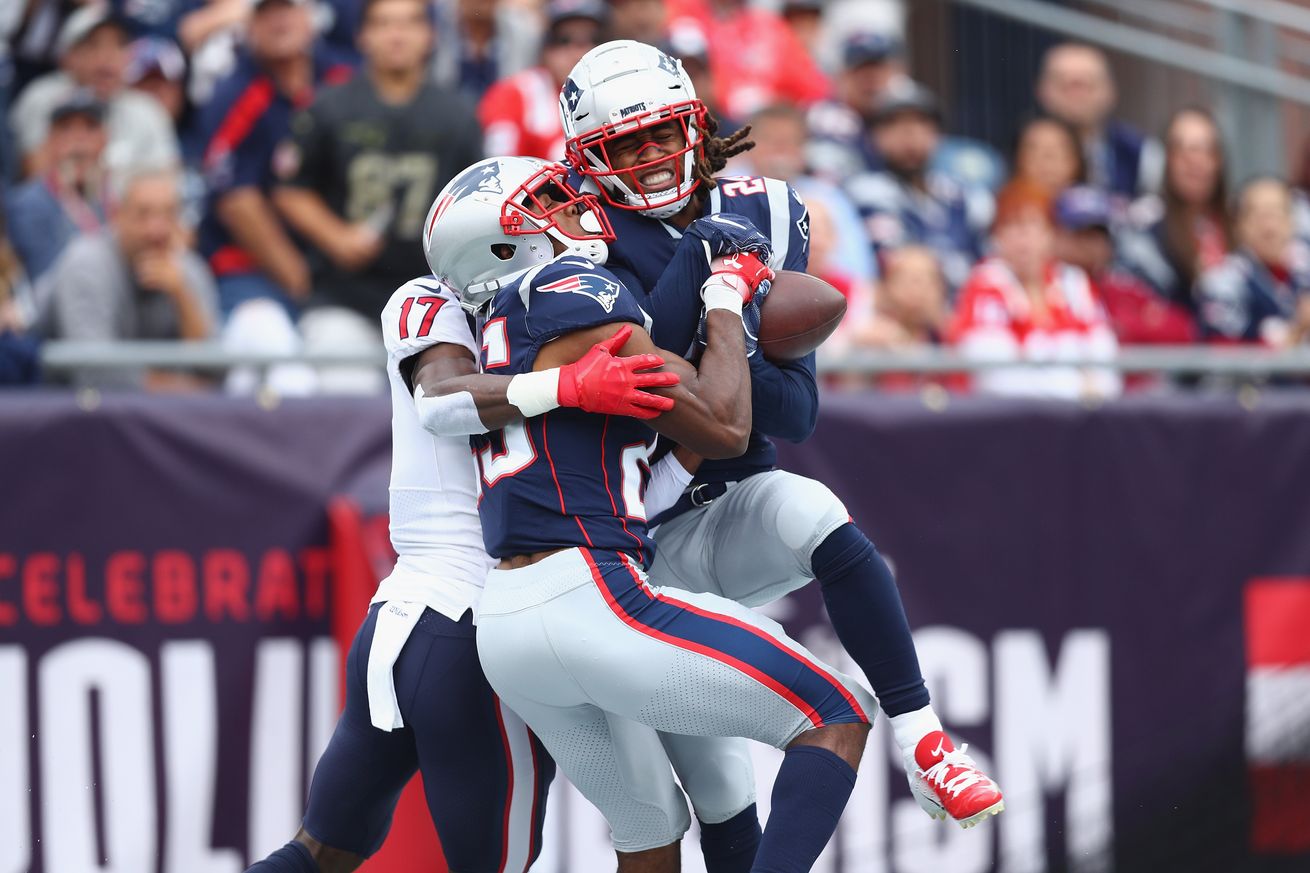 Over the next few weeks we will look at some pivotal plays from the Patriots’ 2018 season and outline how they happened.

Summertime in the football world is one of the more interesting times of the year. Players participate in voluntary and involuntary workouts, scouts prepare for the upcoming evaluation season, and coaches begin to refine playbooks and prepare installations. For media members and fans alike, the off-season is a perfect time for learning.

Over the next few weeks we will look at some pivotal plays from the New England Patriots’ 2018 season and outline how they happened. With an emphasis on scheme and execution, we will break down some of the designs that culminated in the Patriots hoisting their sixth Lombardi Trophy.

Week 1 of the 2018 season commenced not on a Thursday night as it did the year prior, but rather on a Sunday afternoon, against one of the AFC’s up-and-coming franchises in the Houston Texans. With second-year quarterback Deshaun Watson returning both to the lineup and to a stadium where he put a true scare into the Patriots a season prior, this early matchup would be a test for both teams.

Before we break down one of this game’s biggest plays we need to set the stage a bit, and discuss the Yankee Concept. This is a route combination that teams are relying upon for big plays in the vertical or downfield passing game, and usually off of play-action. Generally, this route concept is a two receiver, maximum protection design that pairs a deep post route with a crossing route underneath it, looking to put the free safety in a bind.

During Watson’s rookie season, Bill O’Brien relied on the Yankee Concept to give his young quarterback some clean pockets to throw from, and some options downfield. For example, here is Watson (#4) throwing the underneath crosser on a Yankee Concept, working from under center and after carrying out a play-action fake:

As you can see, only the two receivers are involved in the route, as every other player stays in to protect the quarterback. Watson finds a window to hit the shorter route for an easy pitch-and-catch and a solid gain.

You might have also noticed that this play came against the Patriots.

However, O’Brien found ways to disguise this concept, while keeping the reads the same for his quarterback. In the thrilling 2017 contest between the Texans and the Seattle Seahawks, O’Brien used some “eye candy” in the form of motions and potential swing routes to draw defenders out of position, while keeping it easy for Watson and giving him the same two options downfield.

In that contest the Texans faced a 1st and 10 midway through the first quarter with the football on their own 39-yard line. They line up with Watson in the shotgun and 11 offensive personnel on the field. Tight end Ryan Griffin (#84) is in the backfield to the left of Watson, and running back Lamar Miller (#26) is also in the backfield, to the right of the quarterback. Two receivers are in a slot to the left with Will Fuller V (#15) spilt alone to the left:

Prior to the snap slot receiver Bruce Ellington (#12) starts in Orbit motion toward the backfield:

He will be behind Watson at the snap, and here is the offensive design:

Griffin blocks across the formation as Miller and Watson carry out a run fake. Ellington cuts back toward his original side of the field on a swing route. Watson carries out a run fake with his running back and then fakes a pass to Ellington on the swing route. All of that? Window dressing for the Yankee Concept. Fuller runs the deep post, DeAndre Hopkins runs the over route. Watch as linebacker K.J. Wright (#50) gets caught up looking at the window dressing before scrambling to cover Hopkins, who runs right past him:

The end zone camera has a great look at how the fakes in the backfield slow the defense at the second- and third-levels:

Again, the routes Watson has to choose from are the same, but with the addition of eye candy, all the extraneous action gets defenders out of position.

Now with a number of NFL games under his belt — and for NFL defensive coordinators to study – the issue facing Watson and his coach in 2018 was how he could grow and develop beyond what he was tasked to do as a rookie. Part of that growth requires him to take on more as a quarterback, including some variations off of familiar designs. That brings us to the second quarter of New England’s 2018 season opener, with the Texans facing a 2nd and 3 near midfield. The Patriots have a 14-6 lead in the contest, but with Houston on the move a touchdown here could potentially lead to a tie game.

On this play Stephon Gilmore (#24) is aligned across from DeAndre Hopkins (#10) who is using a “nasty,” or tight split on the right side of the formation. Houston looks like they are running the Yankee Concept but they implement a slight twist. Here Hopkins runs the deep dig, crossing from right to left, while Vyncint Smith (#17) starts on a post route. But he instead then breaks vertically. The standard route on Yankee is drawn in here with the dashed line:

Now the Texans were not the only team doing their homework to prepare for this contest, the Patriots were ready for this design. In addition to having his players ready up front for all of the “eye candy,” Bill Belichick also has his secondary ready for how to deal with the pair or routes on the Yankee Concept.

That puts Gilmore in position to make a play on the deep throw, and he does, hauling in the interception:

If this kind of design looks familiar, it should. After all it would play a role in the Patriots’ final game of the 2018 season. But on this snap, Gilmore is able to retreat deep into the secondary to replace Harmon, and he tracks down the throw from Watson for a pivotal interception.