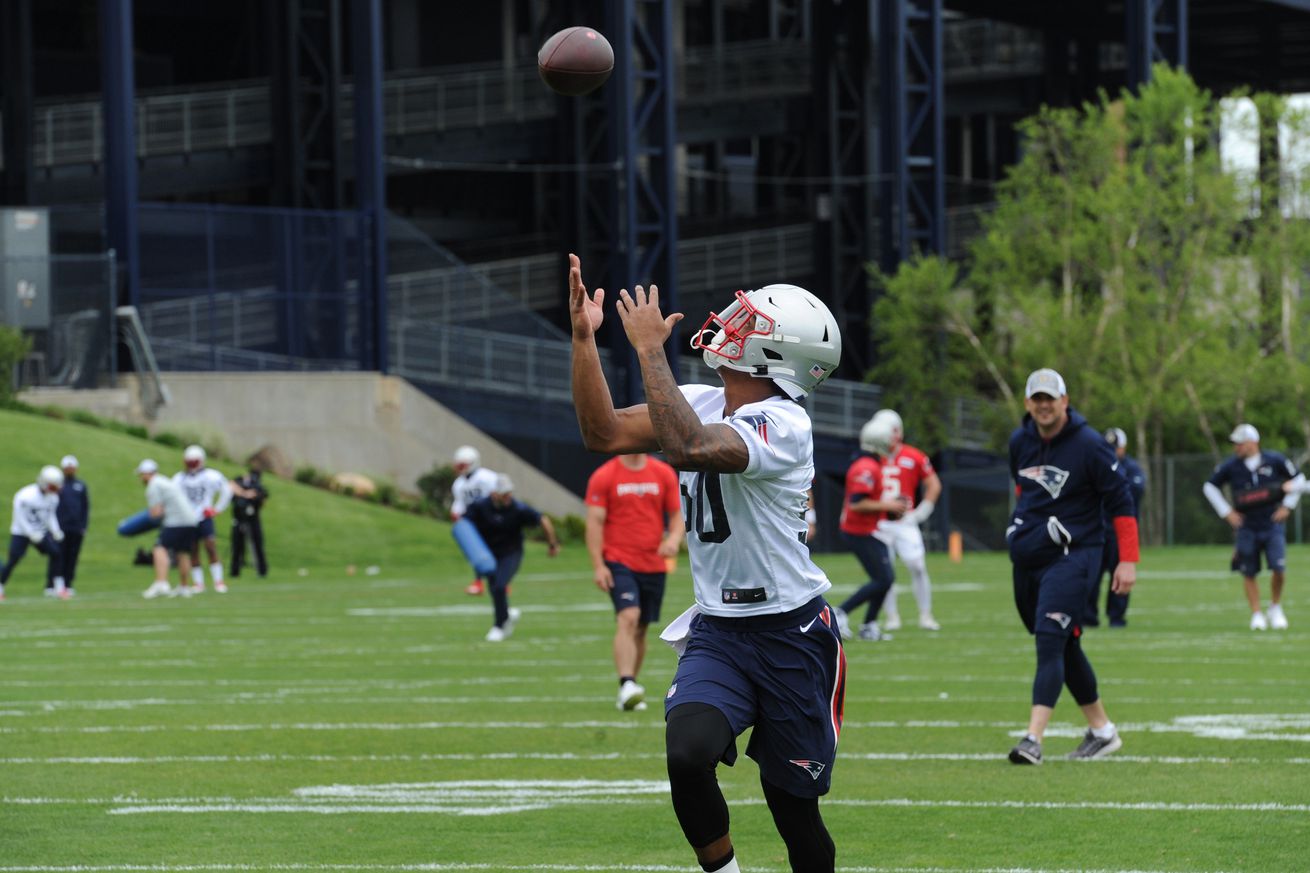 The Boston Sports Journal’s Christopher Price joins the show to talk about the Patriots’ offseason workouts — and more!

The New England Patriots’ offseason workouts are in full swing, as organized team activities number four and five took place this week. Only one session so far was open to the media, however, and Christopher Price was there to cover it for the Boston Sports Journal. So of course, Pat (Spags was out this week) needed to talk to him about the two-hour practice last Thursday, and the players that stood out.

Among them was rookie wide receiver N’Keal Harry: the Patriots’ first-round draft choice was active all session long, and showed why the team felt comfortable investing the 32nd overall pick in him. Chris, being the veteran sportswriter he is, didn’t want to read too much into the session — players were wearing no pads, while there also was no live contact — but nevertheless came away impressed with Harry.

“The young man has done an excellent job in terms of getting up to speed,” he told Pat. “Even in small doses, the two hours that we got the other day, he was making back-shoulder grabs. He was bodying up on cornerbacks. He was clearly a guy that you had to pay attention to. I wrote this for Boston Sports Journal: you don’t want to get too carried away with one spring-time performance.”

Chris and Pat went into more depth on New England’s OTAs and also spoke about other topics — the all-Bill Belichick draft, Chris’ favorite stories from his time on the Patriots beat — during their 25-minute chat. So make sure to tune into the latest episode of the Patriot Nation Podcast (click here in case you’re visiting via Apple News or Google AMP) and to subscribe to the show!

You don’t want to miss an episode of the Patriot Nation Podcast or the two other Pats Pulpit shows? Subscribe here to stay up to date: