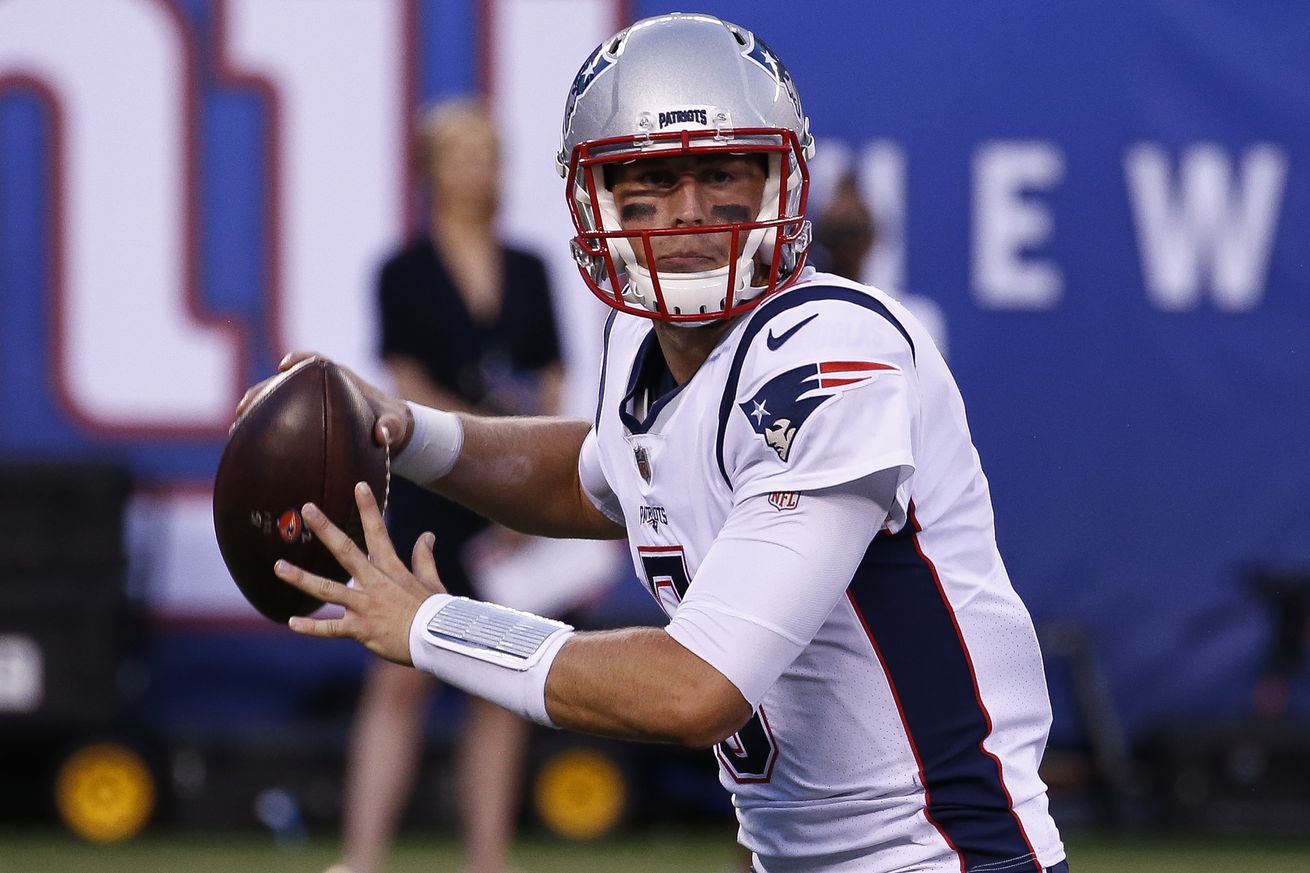 After a year on the practice squad, can Etling make the jump onto the 53-man roster?

Today, the series continues with one of New England’s second-year players:

2018 review: With the 219th overall selection in the 2018 NFL draft, the Patriots opted to take a flier on LSU’s Danny Etling after passing on higher-profile quarterback options all draft long. The seventh-rounder entered an experienced position depth chart headed by undisputed starter Tom Brady and seasoned backup Brian Hoyer, fighting for his roster life all summer long — a fight that ultimately proved to be unsuccessful.

Before his release during New England’s roster-cutdowns, Etling failed to challenge Hoyer’s standing as the top backup behind Brady, or show the team he is worth being kept around on the active team as a third quarterback. His standing on the roster became clear during the preseason: the rookie played only 19 snaps over the Patriots’s first three games, before going wire-to-wire in the comparatively meaningless preseason finale.

When on the field — mostly going against third/fourth-string competition — Etling proved himself serviceable at best, but little more. All in all, he completed 20 of his 38 preseason passing attempts, for 178 yards and one touchdown while also throwing a pair of interceptions. Nevertheless, he delivered one of New England’s preseason highlights when he scored on an 86-yard rushing touchdown in the fourth of the exhibition contests.

Etling’s release was therefore no surprise, as was seeing the team bring him back aboard via the practice squad. He spent his entire rookie campaign on the scout team, being named among the practice players of the week twice.

2019 preview: While Etling does have one year of experience under his belt now, his roster outlook did not improve — quite the opposite, actually: not only is Hoyer still around as one of the NFL’s most experienced backup quarterbacks, the Patriots also invested a fourth-round draft choice in Auburn’s Jarrett Stidham. With Stidham close to being a roster lock and Hoyer likely to join the rookie on the team, Etling will probably be the odd man out yet again.

That all being said, a lot can change over the next three months and before rosters get cut down from 90 to 53 again. Etling, therefore, still needs to prove his value to the Patriots’ coaching staff or other NFL teams over the course of training camp and the preseason. Because even if he fails to make New England’s roster again, there are plenty of other opportunities in the league: either the team’s practice squad, or maybe joining another club.

The best-case scenario for Etling — other than him making the team as a fourth quarterback, which does seem unrealistic — might be to join the Patriots’ scout team for a second straight year, in hopes of continuing his development in a stable environment. And with impending free agent Hoyer no lock to return to the team in 2020, Etling could next year target a roster spot either as the number three behind a Brady-Stittham tandem or possibly even the top backup quarterback.

When it comes to 2019, however, Etling should not be expected to make the Patriots’ 53-man squad as it is currently constructed.