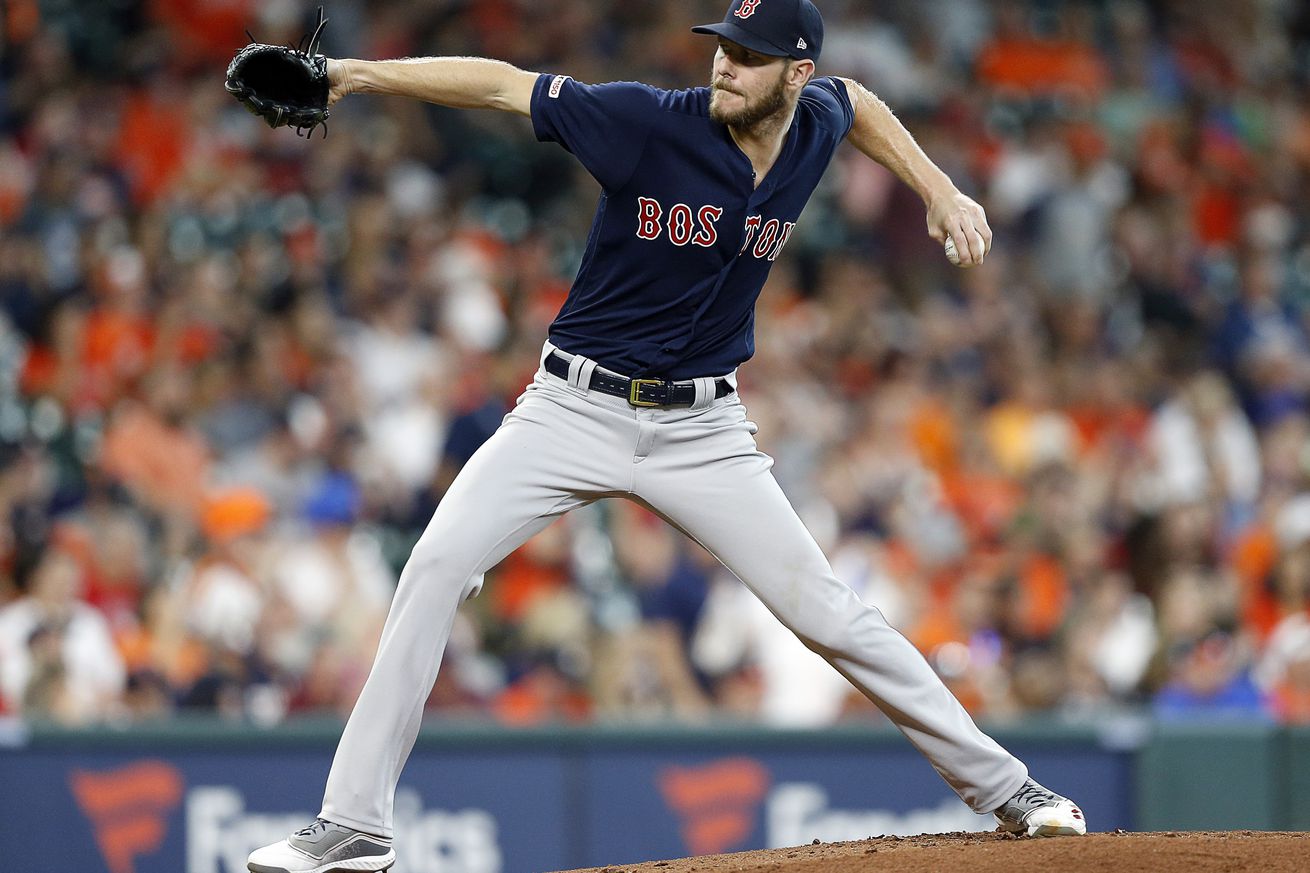 The Red Sox and Yankees kick off their series a day late in New York.

Chris Sale is scheduled to pitch for the Sox, and he’s good again, so that’s good. J.A. Happ is scheduled to pitch for the Yankees, and he’s good, so that’s bad. So many Yankees are hurt that it’s obscene they’re still winning games but the bushel, but they are, and the remaining guys figure to give the Sox fits — maybe not as many as last night, but enough. Strangely I feel good about the Sox depiste New York’s record, just because I think the Bronx boys are due for some regression and the team the Sox are putting out there is definitively better on paper, at least on offense. Not in the bullpen. We want to avoid that.

The most interesting thing to report on the lineup side is that Mookie Betts, happy to be back on one of my dynasty teams, is back in the leadoff spot, 2018 redux-style, with Andrew Benintendi batting second. Unlike 2019, J.D. Martinez is batting third, but I consider this the rare improvement on last season. Michael Chavis has the day off, because God is dead. This is probably not an improvement on last season. That’s more in keeping with 2019, and we’re not even halfway through it. Gulp.

Over The Monster https://www.overthemonster.com/2019/5/31/18646301/red-sox-at-yankees-lineup-rivalry-renewed-headline-renewed-again
Categories: Sports