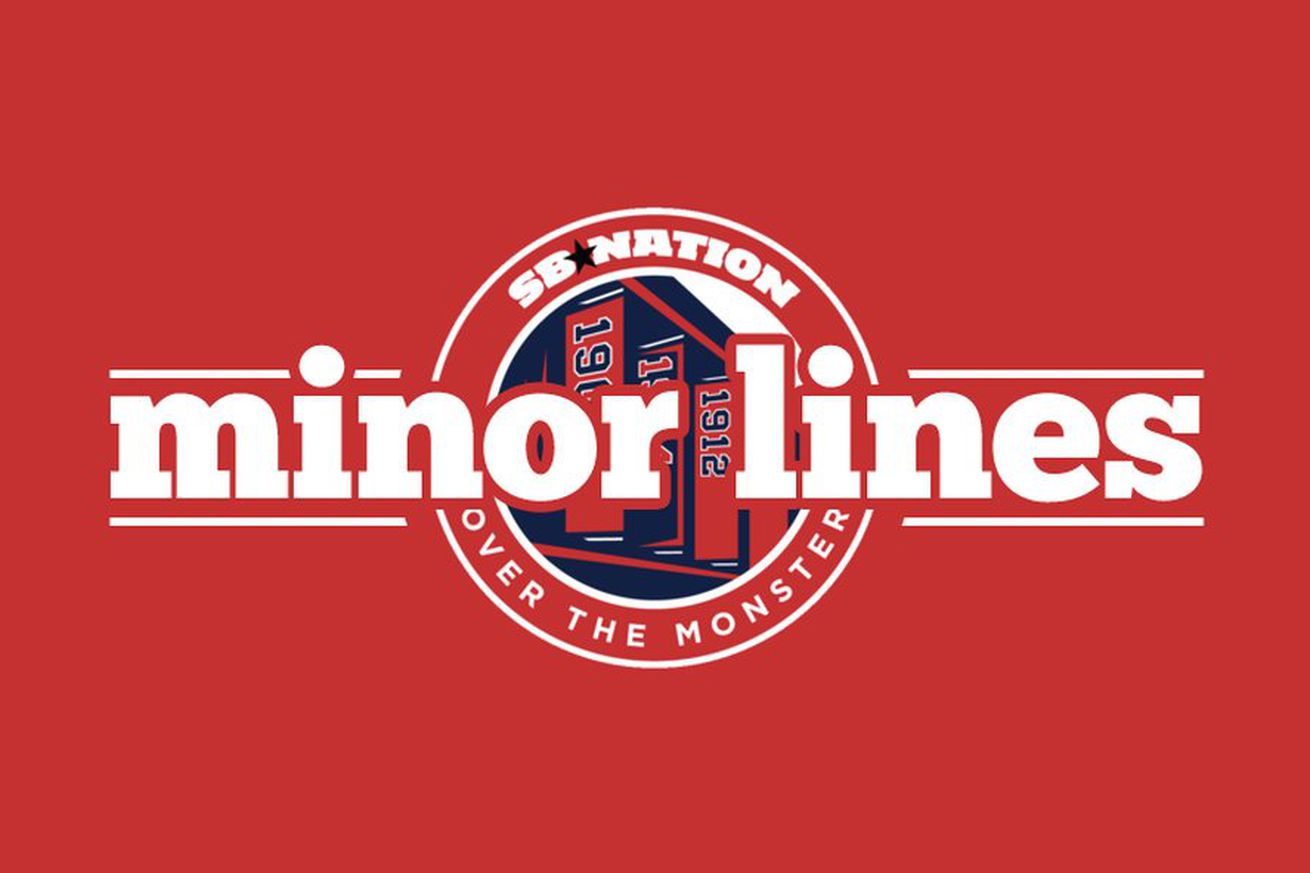 This was a brutal game for the PawSox, who were down 9-0 when this game was only halfway through. The pitching over that period of the game was disastrous, and it was so bad that Sturgeon, their last pitcher, is not a pitcher. He is one of their backup outfielders. If you’re looking for positives, it was a good day for all three Hernandezes in the lineup, with Marco n particular continuing to swing a hot bat. He’s looking more and more like a late-season call-up, which is something I would have never anticipated before the year given the severity of his injuries. Additionally, Kelley is continuing a great season in Triple-A with a 1.05 ERA in 25 2⁄3 innings with 24 strikeouts and ten walks. If you’ll recall, Kelley made a name for himself in Salem a couple years ago before falling back into the pack for a couple years. Don’t be surprised if he comes up as a potential major-league option at some point this summer.

Yowza. This was an absolute drubbing in favor the Sea Dogs on Friday, which is not exactly indicative of how their season has gone if we’re being honest. This game was actually still only 1-0 heading into the fifth, but then Portland exploded for 14 runs over the next three innings and that was that. Dalbec, Matheny and Lopez were the standouts in this game, but really it was a team effort with all but two hitters having at least three hits. The pitching also gets a bit overshadowed here, with Houck continues his up-and-down season with a strong outing, the third time in his last four starts in which he struck out seven in at least six innings. Feltman, meanwhile, has now allowed only one run over his last five appearances and has just one walk in that time. In fact, he has allowed just two runs since he imploded for four in two straight outings on May 2 and May 5.

Well, it’s finally happened. For the first time since late-April, Duran has woken up with a batting average under .400. Time to cut him! Obviously that’s a joke, and even with his average falling he did have a solid day that included an inside-the-park home run. Technically the home run was on Thursday, but that first game was suspended after a couple of innings and finished on Friday. Overall, though, it was a tough day for Salem.

This was not the best day on the field for the Drive, as they didn’t really have any major standout performers, but they still picked up the victory. Seeing Howlett get on the board with an extra-base hit was nice, as the 2018 breakout has struggled in his first full season. The pitching was the big story here, with Scherff not really getting the strikeouts but also not allowing hard contact. Meanwhile, Browning continues to shine late in games. Last year’s 24th round pick now has a 2.41 ERA over 33 2⁄3 innings with 39 strikeouts and only six walks.

Player of the Day: You knew this one was going to come from Portland, as that was easily the best game of the day for the system. There were plenty of options here, but I’m going to give this to Tate Matheny. The son of Mike, the outfielder does not have a huge ceiling but he’s shown some improvements with the bat this year, can play solid defense all around the outfield and gets rave reviews for his makeup. He could be a future bench piece in the majors if all goes well.

Over The Monster https://www.overthemonster.com/2019/6/1/18648312/red-sox-minors-bobby-dalbec-tate-matheny-jarren-duran-tanner-houck-marco-hernandez
Categories: Sports