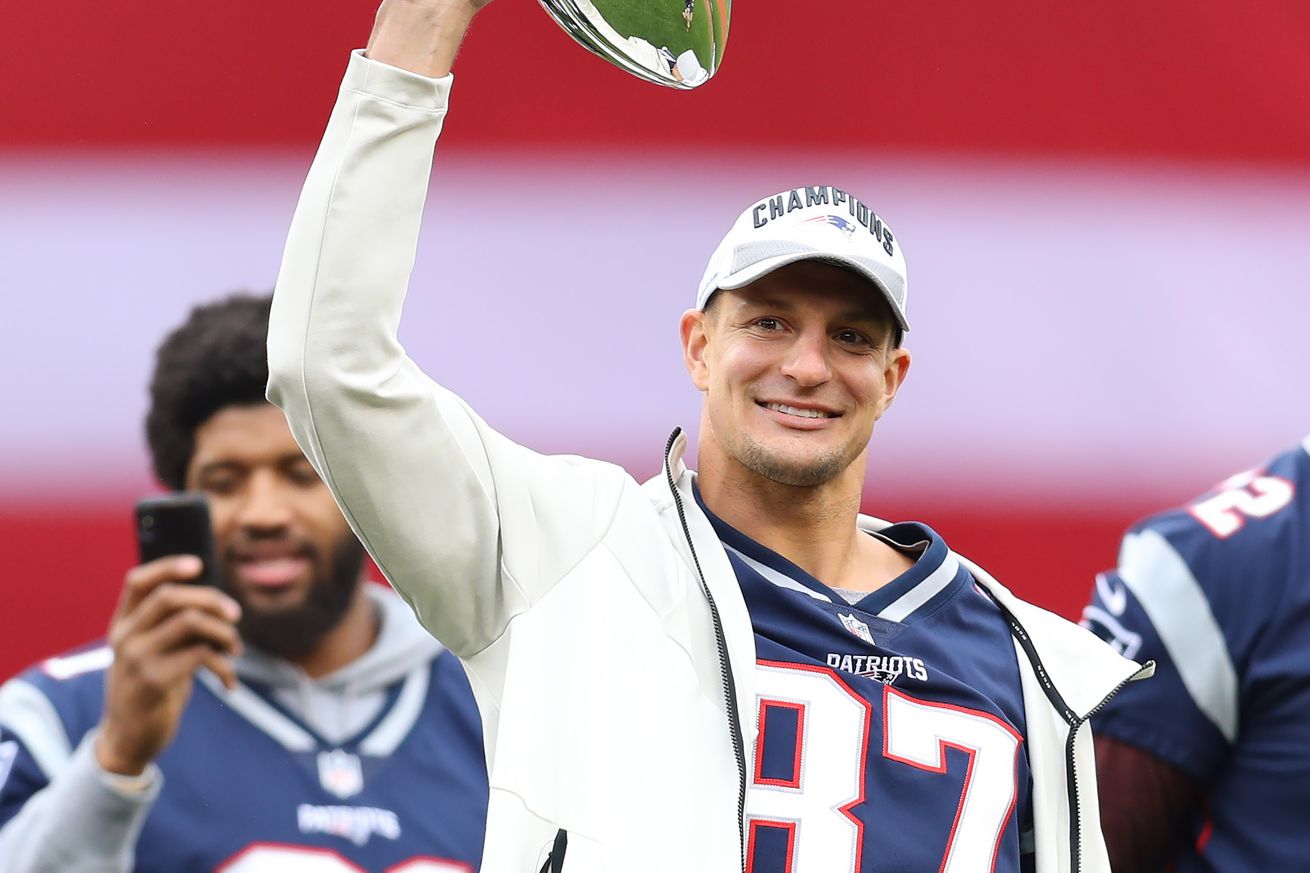 The future Hall of Famer does not plan on returning to the NFL.

Ever since New England Patriots tight end Rob Gronkowski decided to retire from the NFL in late March, rumors and speculation about a possible return at one point during the 2019 season have made the rounds. These rumors didn’t make any sense to begin with, as our very own Matthew Rewinski pointed out last month, but they nevertheless kept floating around — despite Gronkowski denying them whenever he got the chance.

One such chance came on Sunday morning, when the 30-year-old appeared at the One Mission Buzz Off for Kids charity event at Gillette Stadium. “Oh man! Whatever I say, it doesn’t matter. It will always be crazy out there, but you can put them to rest,” he told ESPN’s Mike Reiss when addressing the rumors of a potential comeback. “I’m feeling good. [I’m in a] good place. It’s great to be back here.”

Gronkowski stepped away from the game in March after posting one of the most impressive careers a tight end ever produced in the NFL. While the future first-ballot Hall of Famer played ‘only’ nine seasons at the pro level, he still posted spectacular numbers — he finished his career with a combined 602 regular season and playoff catches for 9,024 yards and 91 touchdowns — all while being a standout blocker as well.

All in all, Gronkowski was the defining tight end of his era and a prototype for how the position is used today. His on-field abilities and success are only parts of the ‘Gronk’ persona, however, as the ex-Patriot also was and still is one of the NFL’s most unique characters. His appearance at Sunday’s charity event is further proof of that: the three-time Super Bowl champion always was and active member of the community; something that did not change in retirement.

“I love the New England community,” Gronkowksi told Reiss. “It’s something special, all the support through many, many years of playing. The support of just not on the field, but off the field as well. New England will always be special, always have a big part in my heart, and always have much love. […] It’s great to continue giving back. Just because I’m not playing any more doesn’t mean you can’t give back. You can do more, actually.”