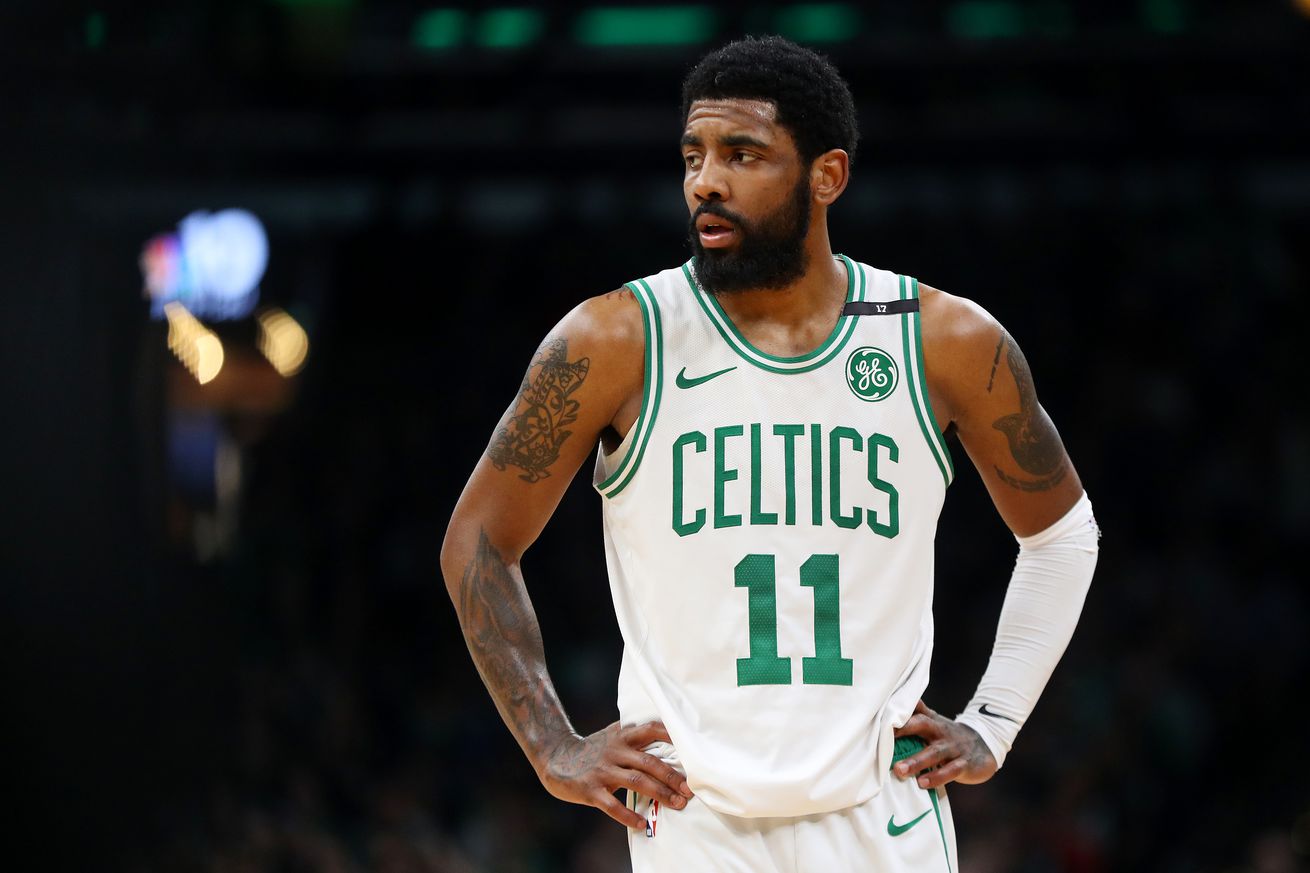 Rumors are still just rumors, but they point to a Kyrie Irving exit.

With all due respect to those reporters gathering intel and providing informed analysis, we still don’t know anything at this point and it is premature to draw any hard and fast conclusions from the latest rumors and rumblings.

However, there hasn’t been much pointing in the direction of Kyrie Irving staying in Boston beyond July 1st.

Jeff Goodman was on with Colin Cowherd and had this to say about Kyrie Irving. (transcribed by ClutchPoints)

“I’d be surprised if he stays in Boston. You see his body language. You hear enough smoke, you know there’s something going on here. Obviously, Kyrie’s kinda moody, he’s got a tight inner circle. So, I’m not sure how much validity some of (the rumors have), but again, I don’t expect him to be in Boston. You could see it in the locker room and with his teammates, that they almost don’t know how to take to Kyrie Irving.”

“I’ve known him a long time, Colin, and, honestly, he’s become tough to like. He has. Obviously, he’s an elite level talent. But we saw it in the playoffs. He kinda got swallowed up because he’s not the most athletic dude in the world. And this group was far more entertaining to watch a year ago in the playoffs with Jayson Tatum, Jaylen Brown, Terry Rozier. I’m not sure how many people in Boston, including Danny Ainge, would be that unhappy if Kyrie Irving leaves.”

Not sure that I buy that last sentence, at least from an asset perspective. However, Goodman knows more folks who know folks than I do. So it is another data point to consider.

Steve Kyler had a series of Boston related tweets related to both Kyrie Irving and Anthony Davis. The following are a selection of them.

I am not sold there will be an AD pursuit in Boston. https://t.co/3Vn7enKGNf

All I can tell is what’s happening behind the scenes… Boston is not operating like a team focused on Irving and Davis… In fact, the things they are exploring run counter to a Davis and Irving future. https://t.co/EXagayBiSO

I can help a little… The Celtics have been actively exploring trades, and draft scenarios for players that would better lineup with a future built around Tatum and Brown… sources close to the team are skeptical that they can get Irving back but remain open to re-signing him. https://t.co/uUxWHyYifM

Again, I would be shocked if the Celtics weren’t at least exploring Plan B’s and C’s in the event that things don’t fall the way they want them to. But that doesn’t mean that they are convinced that he’s gone and they’ve already moved on to those alternate plans.

These are just rumors and should be taken with the appropriate grain of sodium. I will say, however, that I have yet to hear a rumor indicating that Irving was leaning towards staying in Boston or that Anthony Davis was excited about joining the Celtics. Data points to consider.