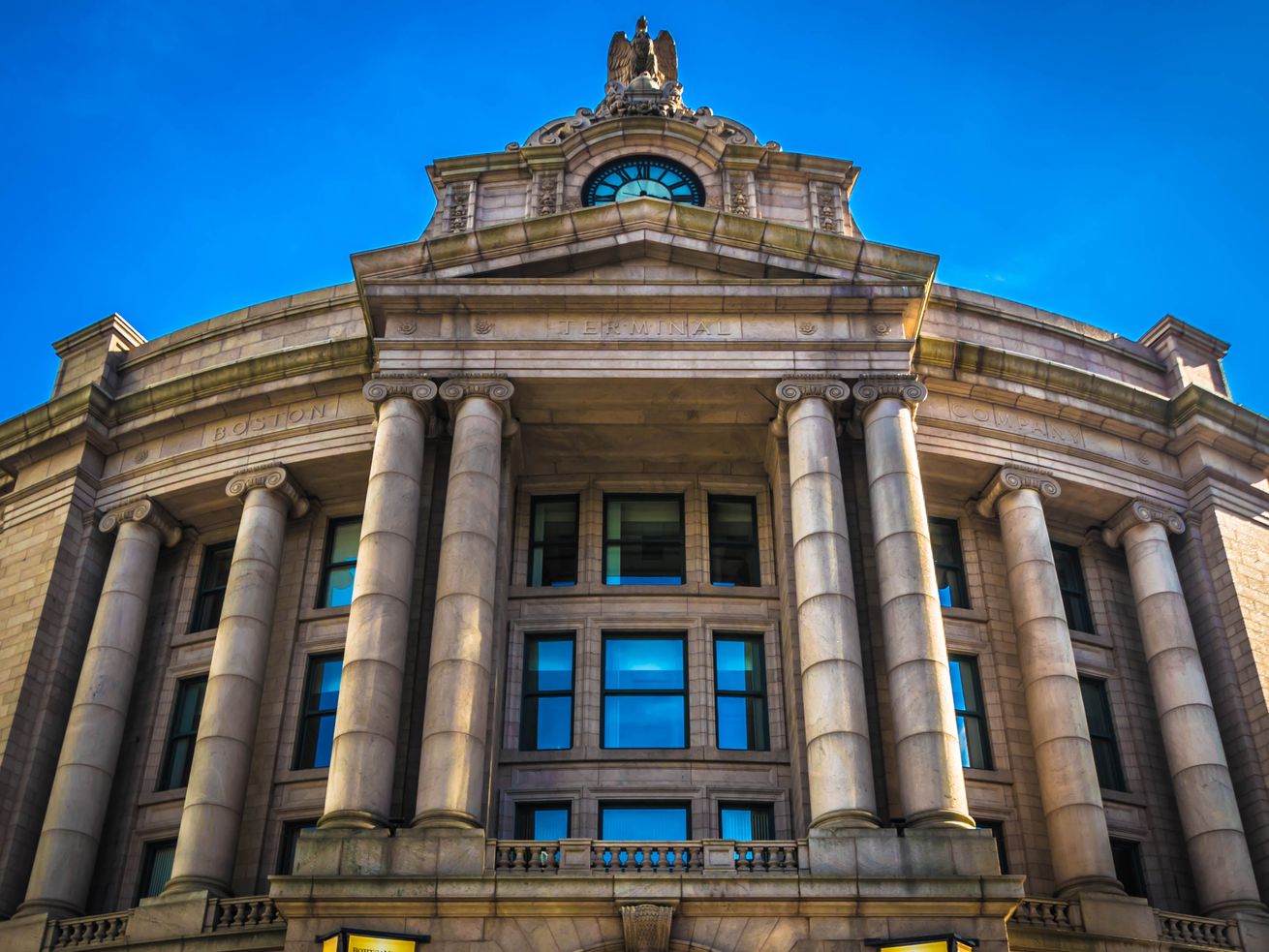 How to navigate it all? Here’s how.

Getting there and away from there

Forget cabs, your car, Uber, etc.—the best way to get to and from South Station is via the T, full stop. The station is a point on both the Red Line and the Silver Line, both of which are much cheaper than a taxi or a ride-hail fare.

The Silver Line from Logan Airport, in fact, is free and ends at South Station, where riders can pick up the Red Line or hit downtown Boston just outside the station.

Use the MBTA’s trip planner to figure out the quickest way to the Red Line or the Silver Line, if not already along it, and then to South Station.

If you have to drive, there are at least six parking garages nearby with daily rates running from $25 to $30. The taxi stand is located on Atlantic Avenue between the bus and train terminals. Uber and Lyft also pick up from South Station, usually outside on Atlantic.

There are National and Alamo rental car offices on Atlantic Avenue—though none in South Station itself—and Zipcar locations nearby.

Also, there is a Hubway bike-sharing dock just outside of the train terminal on Atlantic Avenue. It hosts around 40 bikes, though the number available at any one time might vary. Check the South Station point on this real-time map for availability.

Finally, if you’re coming from somewhere in downtown Boston, including Downtown Crossing, the Government Center area, or the Financial District, walking is also a very good—and very cheap—option.

There are several hotels around South Station and, true to form in Boston, none of them are really cheap. Here are some of the closest:

InterContinental Boston: The luxury hotel is on Fort Point Channel and next to the Rose Fitzgerald Kennedy Greenway, too. It’s the closest major hotel in walking distance to South Station.

Hyatt Regency Boston: This brand-name chain hotel is about equidistant between Boston Common and South Station.

Residence Inn Boston Downtown/Seaport: Extended stays are possible at this hotel just over Fort Point Channel from South Station and a little ways into the Seaport.

HI Boston Hostel: This one is exactly what its name implies—a hostel about a half-mile from South Station. Beware: It’s not necessarily cheap, at least by hostel standards. Stays can run to nearly $200 a night.

Where to eat, drink, and shop

There are 20 eateries in South Station, including fast-casual dining such as Au Bon Pain and McDonald’s; a Tavern in the Square pub; and coffee vendors such as Starbucks and Dunkin (McDonald’s and Au Bon Pain also serve coffee).

Most of these eateries are located in the train terminal.

There are six retailers at South Station, including a CVS upstairs at the train terminal for all sorts of hygiene and snack needs. Further, there are three ATMs that take pretty much any card (though fees might apply if a user is not with Bank of America, Santander, or Citizens Bank).

South Station was born in 1899 out of a need to combine the terminals of various railroads.

The original station saw its passenger numbers rise and fall over the subsequent decades, with an early 20th-century peak during World War II of 125,000 riders daily.

In the early 1970s, the station—which had already survived a partial demolition to build a postal annex and other buildings—survived calls for a total redo that would have seen a new train station, a bus station, a commercial complex, and a parking garage.

As it was, the National Register of Historic Places added the Classical Revival structure to its registry in February 1975.

The MBTA, the station’s owner, undertook a major renovation in the 1980s, which included installing direct interior access to the Red Line and expanding the number of tracks.

The Silver Line started rolling out to and from South Station in the mid-2000s, largely as a byproduct of the Big Dig.