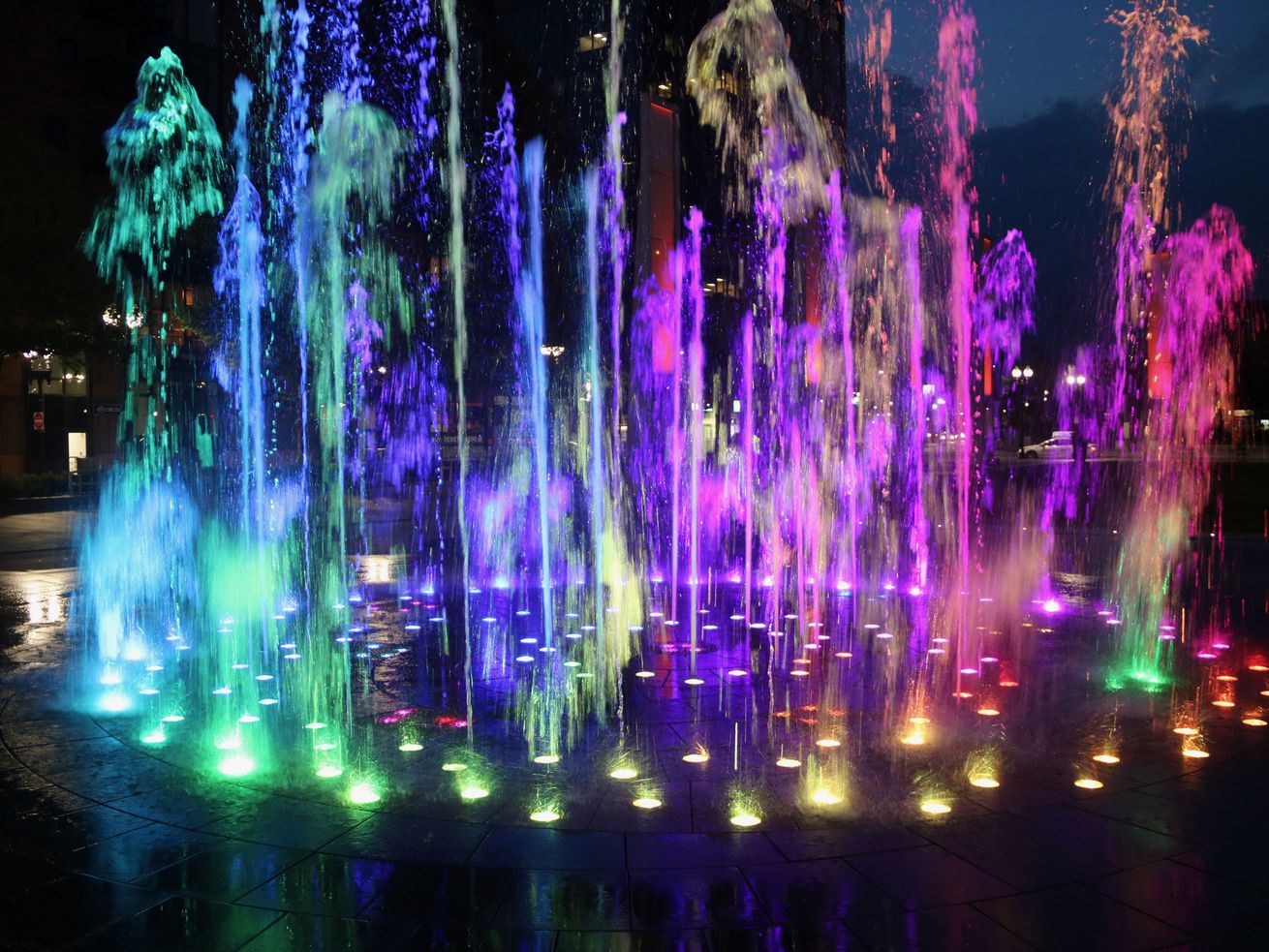 The Rose Kennedy Greenway’s Rings Fountain will be turned on this week following several months of repairs and upgrades.

That is according to the Rose Kennedy Greenway Conservancy, the group that manages the famed 1.5-mile ribbon of parkland running through much of downtown Boston.

The group also said in a June 3 announcement that “a new continuous evening light show” would take place at the fountains near Milk Street and Atlantic Avenue, part of other events and features marking the Greenway’s 10th anniversary.

“After hundreds of hours of work by our staff and contractors, I’m excited that the ​Rings Fountain will continue to be such a popular, free daytime attraction and newly a nighttime destination for the added light shows​,” Bob Stigberg, the conservancy’s director of maintenance and capital, said in the announcement.

The work on the fountain—which was paid for privately and through state funds and which commenced in October 2018—involved upgrading 156 lights to energy-efficient color LED lights programmed to sync with the fountain’s water shows. The 350 granite and concrete pavers were replaced as well, and new light stands, lenses, and hoses were installed.

Underground fountain equipment was upgraded, too, as were lights in the plaza nearby. Greenway Conservancy staff, technicians from WET Design (which exclusively handles programming for the fountain), and contractors made the upgrades.