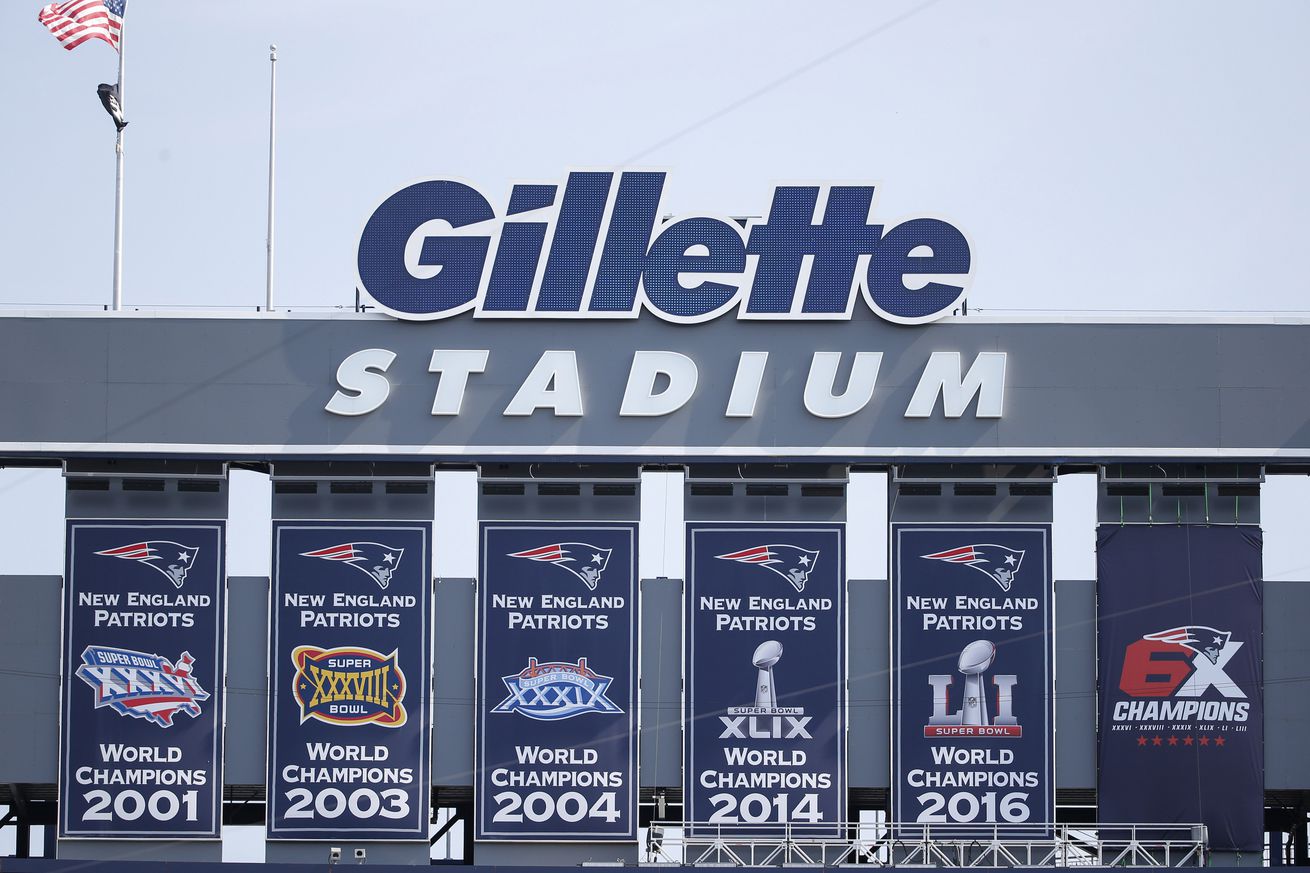 Because it’s never too early for pointless prognostications.

Because guessing is fun, and if you do it enough no one remembers how often you are wrong anyway, these are my early thoughts on what could end up being the decisive factors of the 2019 season for the New England Patriots.

The Patriots will play against a quarterback on a rookie contract in every single game except two. That’s incredible. The Steelers and the Bengals are the only exception. Every other team will have a quarterback on a rookie deal. Half of the quarterbacks to make the playoffs last year were on rookie contracts, and every single quarterback besides Tom Brady in the AFC East is on such a deal. This creates some challenges to be sure. Teams with rookie quarterbacks, after all, have a massive cap advantage over other teams and that means they have the potential to field more complete teams.

But there is also a lot of opportunity. Does the Patriots defense hold the Chiefs offense to zero points in the first half of the AFC Championship Game if Patrick Mahomes is not in his sophomore season? Are the Patriots as successful against the Rams if Jared Goff was a six-year veteran instead of on the third year of his rookie deal? Bill Belichick has forgotten more about football than these players know. He might have forgotten more about football than some of these players will ever know.

I do not believe for one second that the Patriots secondary is purely the result of some deeply held conviction in new data suggesting teams are better off with elite coverage than elite pass rush. That being said, the heart of the Patriots defensive is undoubtedly its secondary. The team has a variety of players that excel in man and zone coverage, and the addition of Joejuan Williams, in theory, gives New England the ability to match up with just about any type of receiver. Hell, the Patriots might even have the answer to receiving backs in Jamie Collins — something they have not had since, well, Jamie Collins. If Williams and Collins turn out to be worthwhile investments the Patriots might just have the best cover team in the NFL.

That does not make it impossible, though. The Patriots managed to use an extra first-round pick to draft Chandler Jones, but those sort of incidents are exceedingly rare. That being said, nearly all of the league’s top defensive linemen have been drafted well beyond the realistic range of the Patriots. But despite lacking a premier defensive linemen since the departure of Chandler Jones, the Patriots have still managed to make three consecutive Super Bowls. How? Luck played a role: the career-year of a 30+ year old Alan Branch, and fourth round steal Trey Flowers helped bolster a weak defensive line in 2016, for example.

However, most of the pressure the Patriots have generated has been through scheme. The Patriots blitzed on nearly half of all defensive snaps in the AFC title game against the Chiefs. They knew they did not have the horses to get pressure by just rushing four, so they leaned on their DE/LB hybrids Dont’a Hightower and Kyle Van Noy to create an amoeba front that made it difficult for the quarterback to decipher who was rushing. The Patriots’ use of stunts and twists also seemed to catch all three playoff opponents off guard. This was most notable in the Super Bowl, when a previously dominant Rams offensive line responded as if it had never seen a stunt in its life.

New England’s ability to scheme pressure despite a personnel deficit turned a major weakness into a surprising strength. With Trey Flowers and Malcom Brown departed in free agency, the Patriots will hope new additions Mike Pennel, Michael Bennett and Chase Winovich will help make up for the loss, but it would be surprising to see any of them perform at an elite level. The Patriots coaching staff will likely continue to rely on scheme to compensate for what is a lack of talent.

This is relevant for both the Patriots and two of their top potential contenders. The Patriots are returning with one of the best interior groups in the NFL, but the tackle position has serious questions. The two projected starting tackles for this team are an injury prone Marcus Cannon and the functional rookie Isiah Wynn coming off an Achilles tear. Depending on how injuries play out, the Patriots could go multiple games without competent tackle play. This could cost the Patriots their playoff aspirations.

The same cannot be said of the Browns or Chargers. Their realistic best case scenarios will still require them to overcome a mediocre offensive line. This is good news for the Patriots because it prevents these teams from taking advantage of their most significant defensive weakness, a lackluster defensive line. If New England is lucky, the only Achilles heel it will have to worry about are its opponents’.

The Patriots have been to eight consecutive AFC championships, participated in five Super Bowls, winning three over the last eight years. Most of the major fixtures during this historical run are now well into their thirties; Tom Brady is in his forties. The eagerness of hack sports analysts to herald the victory of Father Time has made discussing the subject taboo, but the retirement of Rob Gronkowski highlights an unfortunate truth: Father Time is undefeated. This team’s quarterback, top two safeties, top wide receiver, top pass rusher, and top offensive tackle are all well above thirty. Any championship drive by this team will be dependent on most, if not all, of those players defying time for another year.

Receivers Where Art Thou?

The Patriots weakened offensive line and the loss of both Gronk and Dwayne Allen’s elite blocking could easily result in a weakened rushing attack. That means the Patriots are going to have to pass the football. Gronkowski, however diminished, was the only reliable receiver outside of Julian Edelman last season. The only receiver with proven production on the Patriots’ roster outside of Edelman is Demaryius Thomas, who has regressed significantly, is coming off a late season-ending injury, and is well into his thirties as well.

The Patriots may have loved N’Keal Harry in the pre-draft process but investing in him was still the product of need. New England will need to have a more efficient passing attack this season. Harry and probably at least one other receiver will have to perform at a high level to make a repeat championship possible.

So, there you have it. There are a thousand little pivots that make up a season. One coaching mistake leads to a Miami Miracle. A bad kicker sinks a championship roster. A couple of key injuries sink a record-breaking offense. Off-the-field garbage becomes the difference between participating in a Super Bowl and being rocked in your own house.

I would never seek to determine or predict the myriad of ways a season is won or lost, but I do think these are important ones for the Patriots. Defensively, they have coverage at an elite level and the coaching staff has to coach its guts out for the entire unit to be a difference maker. Offensively, the Patriots need several keys, from the health of their tackles to the performance of Harry, to keep performing at a high level. Both sides must hope key players can withstand the test of time. It is also quite possible that weaknesses along the offensive line and young quarterbacks passing behind them could end up being a decisive factor in a playoff push.

What other major factors do you think will matter? Sound off in the comments below!