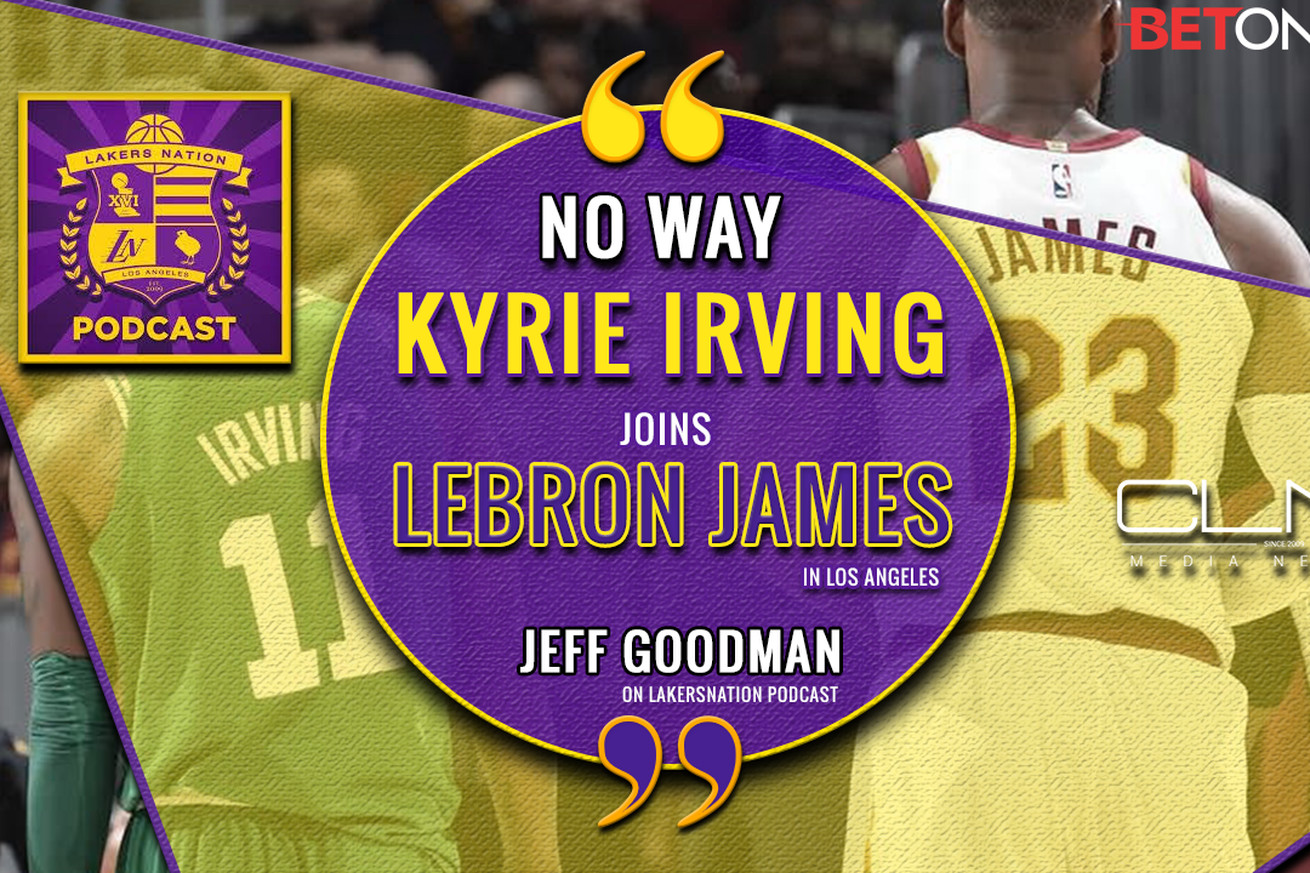 Jeff Goodman appears on the Lakers Nation Podcast to talk about the possibility of Kyrie Irving reuniting with LeBron in LA.

Column composed By Zane Shaw for CLNS and CelticsBlog…

“There’s no way in my opinion,” said Goodman on the Lakers Nation Podcast on CLNS Media. “Kyrie, who got big boy’d by LeBron for years and wanted out of Cleveland because of that. because of the LeBron show and his crew and he felt like he was the little brother….like, he’s gonna go back to that??

If this happens, man, you need to write a book on that.”

Irving can opt out of his deal with the Celtics on July 1st and become a free agent. Goodman sees New York or Brooklyn as the most likely destinations for Irving this offseason – but he says with Irving, you just never know.

“With Kyrie you never know, like if he senses, ‘OK KD’s not going to New York.’

“There’s not a better situation for Kyrie than in Boston. You’re playing for a coach that lets you do whatever the hell you want in Brad Stevens.

“You’ve got some you guys (Jayson Tatum, Jaylen Brown) who clearly they want some bigger roles but it’s Kyrie’s team and everybody knows that and that’s what he’s always wanted.”

Goodman says despite all Irving’s talents his reputation has definitely taken a hit, both for his on on court performance and off court demeanor.

“He thinks he’s like the best player in the NBA, said Goodman. “At times he looks like it, but man he got eaten up in the playoffs.

As for the off court stuff, Goodman – who has been a vocal critic of Irving’s leadership abilities all season long – said he’s talked to Celtics players who find Irving very ‘difficult to play with.’

If you enjoyed this podcast, subscribe to Lakers Nation on here.