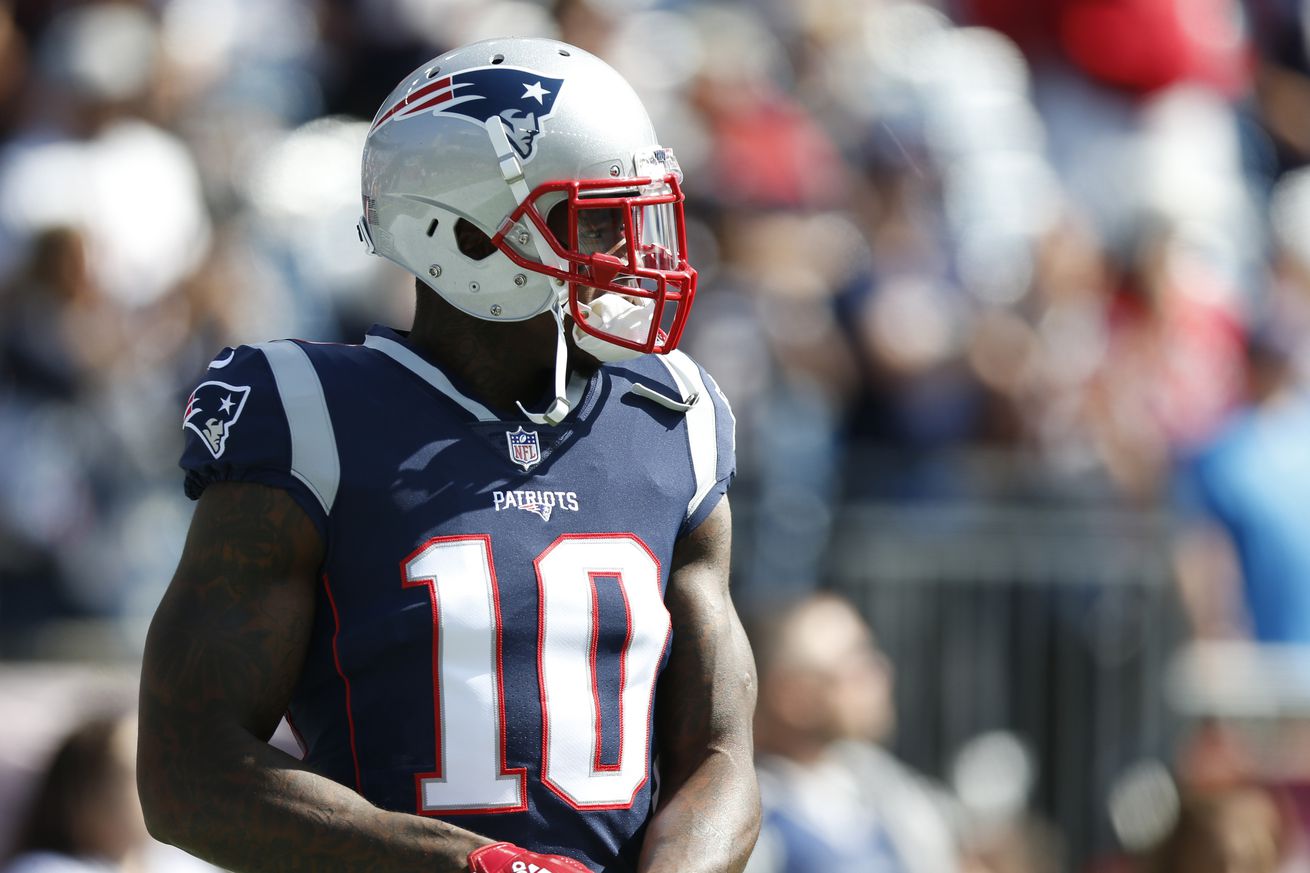 The wideout could be an X-factor for the Patriots’ offense in 2019.

Today, the series continues with a player currently suspended.

2018 review: After spending each of the previous three season openers on the NFL’s suspended list, Josh Gordon began his 2018 campaign in the Cleveland Browns’ starting lineup. The veteran wide receiver finished the game against the Pittsburgh Steelers with one catch — a 17-yard touchdown — that would turn out to be his final reception as a member of the club with which he spent the first six years of his career.

Following a hamstring injury suffered during the week after Pittsburgh game, the Browns put Gordon on the trade block. On September 17, finally, a move was made official: the Patriots acquired the talented but troubled wide receiver and a seventh-round draft choice in return for a fifth-round selection. Thirteen days after the trade, Gordon made his debut in New England when he played 18 snaps in week four against the Miami Dolphins.

Gordon caught only two passes for 32 yards that day, but it was a sign of things to come. He learned the playbook quickly and earned Tom Brady’s trust, and therefore was able to carve out a role as an X-receiver on his new team. As such, Gordon became a core member of the Patriots’ offense — a reliable target, capable of beating man-to-man coverage and challenging teams deep. And as Gordon’s confidence improved, so did his playing time.

Over his first eleven games in New England, the veteran receiver was on the field for 71.2% of the team’s offensive snaps — serving as the Patriots’ de facto third receiving weapon behind fellow wide receiver Julian Edelman and tight end Rob Gronkowski. In this role, Gordon caught 40 passes for 720 yards and three touchdowns between his arrival in mid-September and his departure on December 20.

In late December, after all, his season came to an abrupt end: after violating the terms of his reinstatement under the NFL’s substance abuse policy, Gordon received an indefinite suspension and announced that he would step away from the game to focus on his recovery. The Patriots kept rolling despite Gordon’s absence, while the wide receiver himself fought a bigger battle than football could ever be.

2019 preview: The definitive timeline of Gordon’s suspension has not yet been reported, which makes his outlook for the 2019 season a blurry one. While he could start the reinstatement process any day now, there is also a chance that the 28-year-old will not suit up for the Patriots anytime soon. It all depends on his recovery, and how the league evaluates his abilities to successfully fight his demons.

The Patriots, meanwhile, continue to show confidence in Gordon: they placed a tender sheet on the restricted free agent in March, which he signed one month later. This means that the club continues to hold his rights through the 2019 season — whether or not Gordon actually plays under this one-year contract remains to be seen, but it is a sign that the team is at least planning for a reinstatement to take place this year.

Whenever Gordon returns his usage should be expected to look similar to the one he held last year: he will fill the team’s X-receiver role as a big-bodied weapon capable of winning on the perimeter. And while the position is somewhat deeper now due to the arrival of N’Keal Harry in the draft, Gordon’s talent and experience in the system should make him an intriguing weapon yet again — and a potential X-factor for the Patriots offense in 2019.

Of course, this all is secondary at this point in time. First, Gordon needs to stay on top of his treatment, which in turn could make a reunion with the Patriots possible at a later point this summer or during the regular season. This would obviously be great news from a football perspective, but much more importantly from Gordon’s personal point of view: him getting reinstated and returning to the team would mean that he has taken important steps in his recovery.