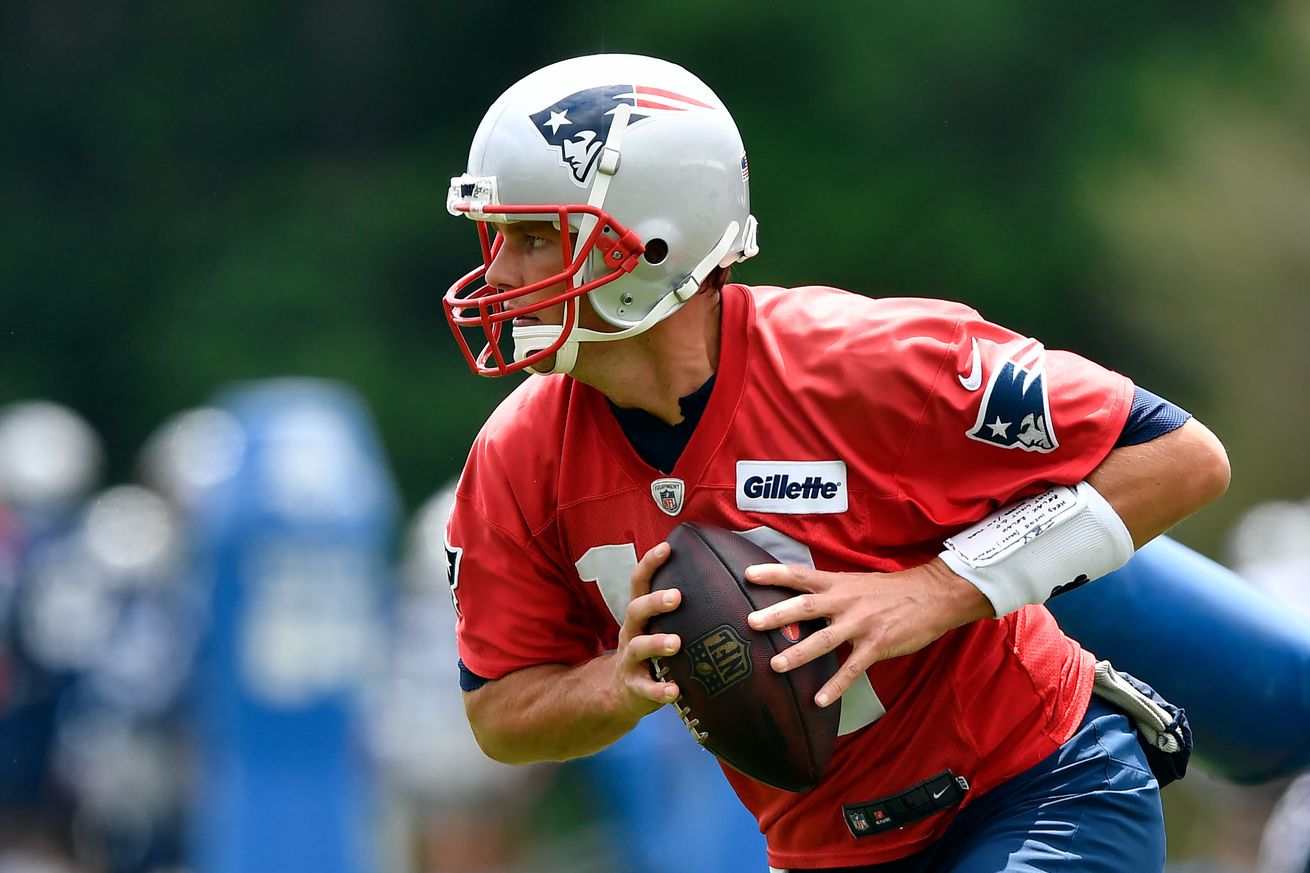 Every player on New England’s payroll will be on the practice fields this week.

While one of the New England Patriots’ organized team activity practices was open to the media, we did not yet get a chance to see the full team in action. A total of fourteen players — including Tom Brady, Sony Michel, and Kyle Van Noy — were absent on May 23, after all, which makes properly evaluating the session difficult. This week will be different, as the offseason workouts turn from voluntary to mandatory.

That’s right, the Patriots’ minicamp is upon us! The team will hit the practice fields three times this week, every player on the roster with the exception of those rehabbing from injury will be present. Furthermore, all sessions will be open to the media, which means that you can expect plenty of news coming out of Foxboro over the course of the week.

The schedule for the next few days looks as follows:

While there will be no on-field action at Gillette Stadium today, the team will return to the practice fields behind the arena tomorrow for the first of three straight days worth of practices. According to the NFL-NFLPA collective bargaining agreement, players are allowed only three and a half hours of on-field work each day, with no single session exceeding two and a half hours in length.

Live contact is furthermore not permitted under the CBA, which underscores that the offseason workouts as a whole are more about teaching and implementing schemes. Nevertheless, the three practices this week will give us a clearer picture of where the Patriots stand at this point in the process: How do rookies and offseason acquisitions look? How is the depth chart currently constructed? How do players coming off injury move?

All these questions will get at least somewhat answered this week, even though the biggest storyline will certainly be the return of quarterback Tom Brady: the NFL’s greatest ever quarterback skipped the voluntary workout phase for the second straight year, but will return to join his teammates on the practice fields tomorrow. He will of course draw most of the attention, especially considering that this week’s minicamp is the first since Rob Gronkowski’s retirement.

And while the in-season success of Brady and New England’s passing offense will not be determined this week, the three sessions might give us an indication about the overall state of the unit — as it does for all the defense and special teams as well.