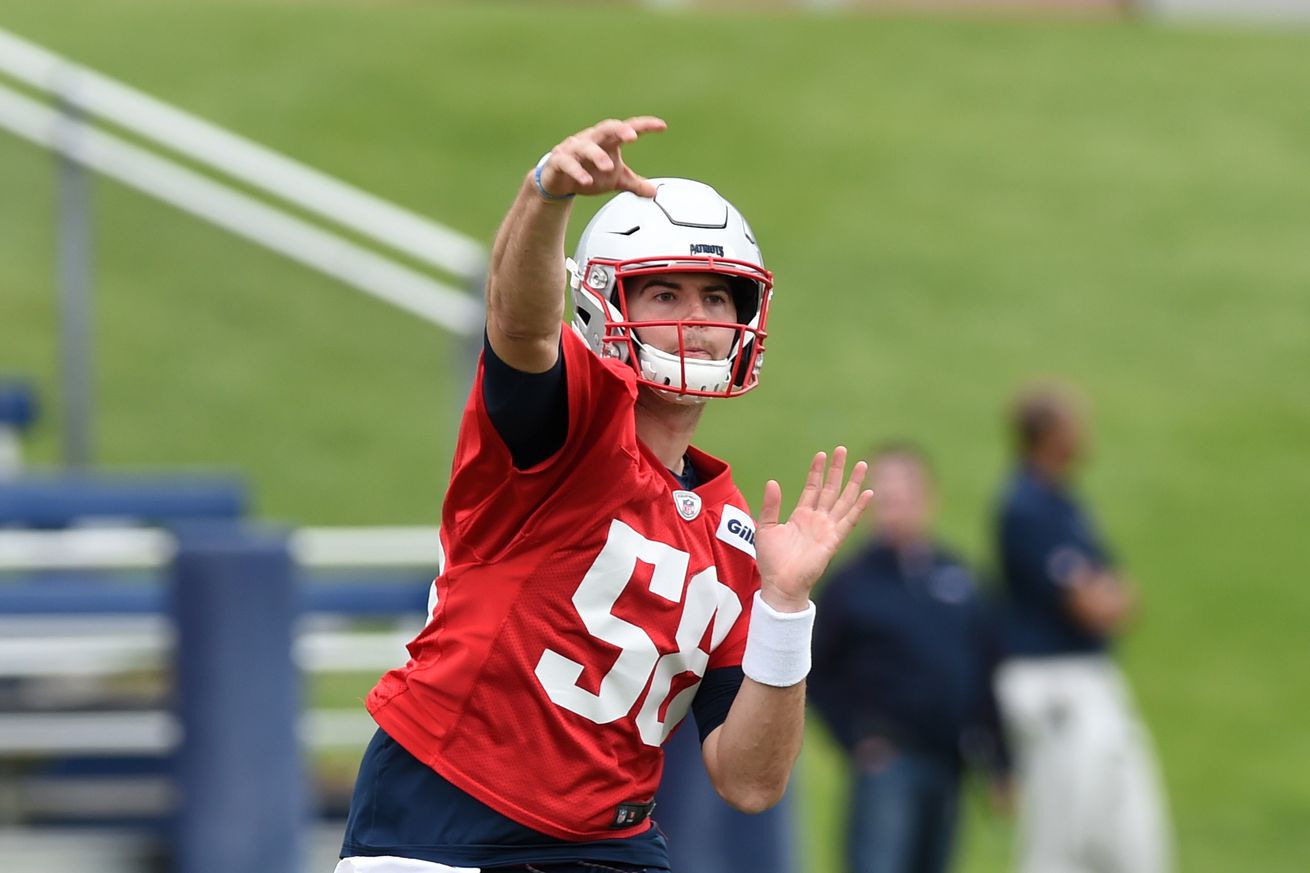 Related: 6 stories to watch as the Patriots open their mandatory minicamp

The New England Patriots’ mandatory minicamp will be kicked off later today and every healthy member of the team’s 90-man roster will be present. This, in turn, means that we will get to see plenty of competition over the next three days: roster spots may not be won in early June, but players can position themselves well when it comes to carving out roles and leaving a positive impression as the team heads into its six-week summer break.

In this article, we take a look at six battles that we will keep a close eye on this week. As you will see, not all of the positions up for grabs are included — there is a simple reason for that: minicamp, like all offseason workouts before training camp, are of the no-contact nature. This means that the play of linemen on offense and defense cannot be properly evaluated at this point in time; the same goes for blocking tight ends or pass-protecting running backs.

As a result, the battles will be primarily about the passing game positions: quarterbacks, pass catchers, defenders in coverage — they will take center stage this week.

What is at stake: The backup role(s) behind Tom Brady

With the starting spot in Tom Brady’s Hall of Fame hands, the other three quarterbacks on the roster will have to fight for the backup roles behind him. Based on the only open OTA practice so far, Brian Hoyer appears to have the inside track with fourth-round rookie Jarrett Stidham and second-year man Danny Etling as more developmental options at this point in time. Nevertheless, a lot can change over the this week and into training camp — especially with the higher-ceiling rookie Stidham gaining more experience.

What is at stake: The roles and spots behind Julian Edelman and N’Keal Harry

New England has only two locks at wide receiver (three if you include special teams captain Matthew Slater), which means that every other player on the position depth chart needs to fight for his roster life this summer. Some like Phillip Dorsett have better chances due to their experience in the system, while others such as the trio of undrafted rookies — Ryan Davis, Jakobi Meyers, Gunner Olszewski — are underdog options. Realistically, no more than four men will survive the battle and the first steps towards that will be taken this week: if a player can build a rapport with Brady, his chances at making the team improve drastically.

What is at stake: All of the positions

With Rob Gronkowski, Dwayne Allen and Jacob Hollister no longer part of the equation, the Patriots are starting from scratch at tight end. Naturally, this makes for an intriguing competition with the current cast of characters offering a wide range of skills: Matt LaCosse and Benjamin Watson are more well-rounded, Austin Seferian-Jenkins and Stephen Anderson better receivers, Ryan Izzo and Andrew Beck better blockers. What the Patriots value at the position post-Gronkowski remains to be seen, but it is safe to assume that no more than three spots are available.

What is at stake: The roles and spots behind Dont’a Hightower and Kyle Van Noy

Of the seven men competing at the linebacker position, only one can realistically be called a roster lock: second-year man Ja’Whaun Bentley, who showed plenty of promise before a biceps injury forced the Patriots to place him on injured reserve last year. What Bentley’s role will look like, however, will depend on his performance this summer and against players like Elandon Roberts and Jamie Collins — neither of whom is guaranteed a spot on the team.

What is at stake: The roles and spots behind #1 Stephon Gilmore

The Patriots have arguably the deepest cornerback group in the NFL right now, but not all of the players currently under contract can make the team. Stephon Gilmore is safe, and the same can also be said for J.C. Jackson, Jason McCourty, Jonathan Jones, Joejuan Williams, and likely Duke Dawson. While this does not leave a lot of room for the other corners on the team, the competition will still be fierce: Can Keion Crossen, Ken Webster and D’Angelo Ross surprise? Who will win the starting roles opposite Gilmore? How will Duke Dawson fit into the equation? There is only one thing we already know: few positions will be as fun to watch this summer as cornerback.

What is at stake: A job

In 2013, Ryan Allen joined the Patriots as a rookie and beat out incumbent Zoltan Mesko for a roster spot. Six years later, Jake Bailey tries to the do the same: come in as a rookie and take the job from the veteran. When it comes to talent and versatility — Bailey can also work as a kickoff specialist — the youngster certainly has the tools to beat out the three-time world champion. Consistency, however, will be the key to one of the most exciting battles on the team: two men enter, only one will come out again.