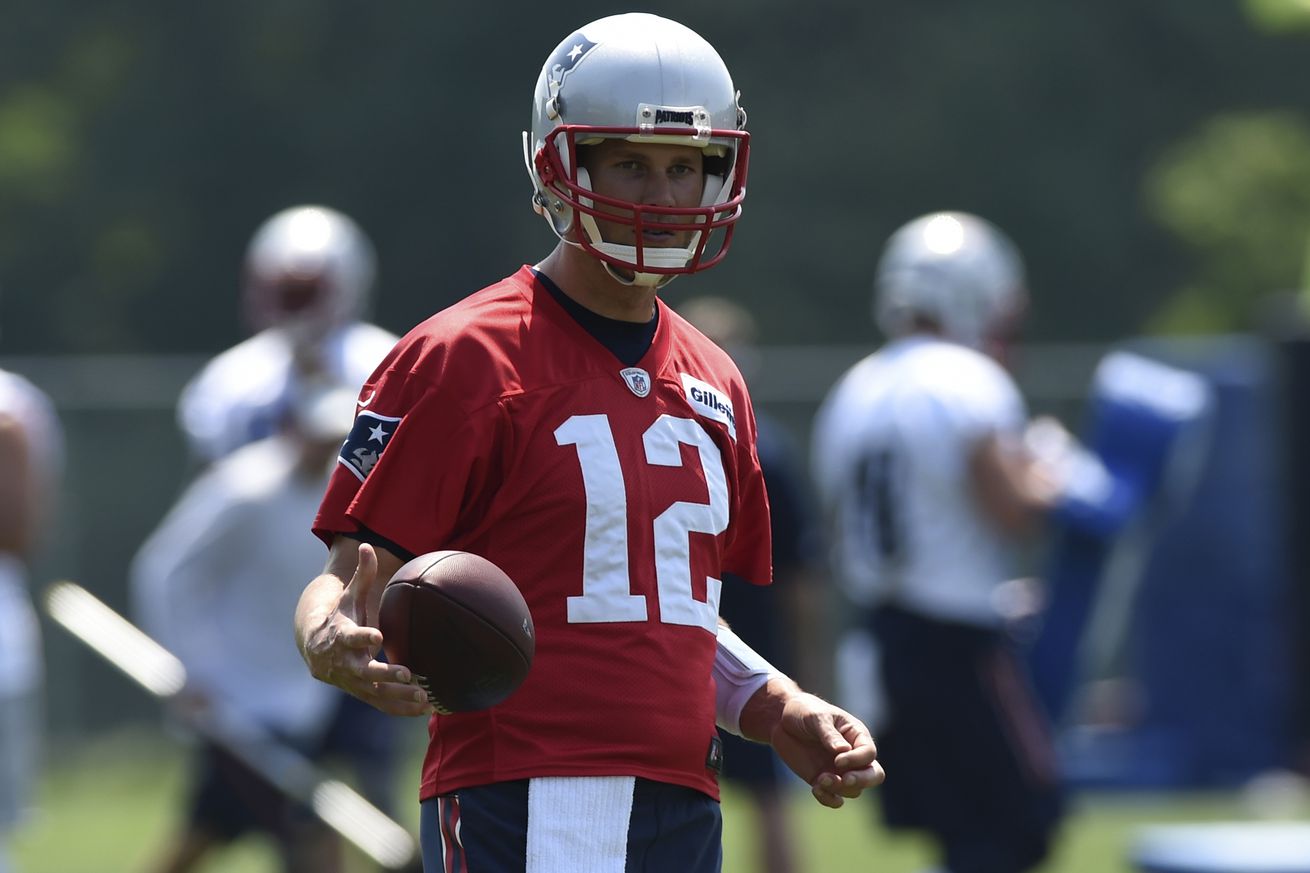 New England kicks off its three-day minicamp today; here’s what to look for.

Later today, the New England Patriots will open their 2019 mandatory minicamp. Over the next three days, the team will continue working on teaching and implementing early schematic concepts and taking the next step in its development. The main difference to the other offseason workouts, of course, lies in the name: while OTAs are voluntary, all healthy players on the world champions’ 90-man roster will be present for this week’s mandatory . practices.

Let us therefore take a look at some of the most intriguing storylines as we head into minicamp:

When we last saw the greatest quarterback of all time, he led the Patriots offense to ten fourth-quarter points in his team’s Super Bowl victory against the Los Angeles Rams. Since then, the 41-year-old opted to follow the pattern he implemented last year: he stayed away from voluntary workouts and instead trained on his own — not without inviting wide receivers Julian Edelman and N’Keal Harry at one point, though.

Yesterday, Brady already arrived at Gillette Stadium for his physical. Today, he will hit the practice fields for the first time this offseason. His highly anticipated return is arguably the biggest story of the Patriots’ minicamp, so naturally all eyes will be on the future Hall of Famer. Anything but him looking as sharp as he usually does during practice would be a huge surprise, though. Expect to see vintage Tom Brady over the next three days.

Which other previously absent players will return?

So far this offseason, the Patriots held only one practice open to the media — and Brady was just one of the absentees: thirteen other men were also not spotted.

This week’s mandatory practices should give more clarity about all these players’ respective statuses and, in the case of previously injured players — Isaiah Wynn, Yodny Cajuste, Demaryius Thomas, Patrick Chung (who was present during an earlier OTA session) and Wise Jr. — their rehabilitation processes.

How will the offseason acquisitions fare in this setting?

The Patriots invested heavily at multiple positions over the course of the offseason either via trade or in free agency and the draft. Players like defensive linemen Michael Bennett and Mike Pennel, tight ends Matt LaCosse, Austin Seferian-Jenkins and Benjamin Watson, and the team’s draft picks — particularly first-round wide receiver N’Keal Harry — will likely see heavy reps over the next three days. The team has to hope that they adapt quickly to life in New England to develop into the players they were brought on board to be.

How will the position battles develop?

Despite seeing some considerable talent depart this offseason — from tight end Rob Gronkowski to left tackle Trent Brown to defensive lineman Trey Flowers — the Patriots have, on paper, one of the deepest rosters in the entire NFL. Naturally, this makes for some intriguing position battles when it comes to securing roles and roster spots. Minicamp is the time when some early favorites can emerge (think of J.C. Jackson last year).

The fiercest competitions are expected to take place at wide receiver behind roster locks Julian Edelman and N’Keal Harry, at tight end, along the defensive edge, at linebacker behind top-two Dont’a Hightower and Kyle Van Noy, and at what might very well be the deepest cornerback group in football. There will also be a battle, of course, at punter: Ryan Allen will have to fend off fifth-round rookie Jake Bailey to keep his job.

And while position battles will not be decided this week, players can position themselves well on the depth chart as the Patriots head into their summer vacation.

Will any surprise contributors emerge?

The aforementioned J.C. Jackson — an undrafted rookie who emerged during offseason workouts and ultimately earned not just a roster spot but a starting cornerback role — is just one example of a player standing out in minicamp and using his performance as a foundation to carve out a role on the team. Who this year’s Jackson will be is impossible to tell at this point in time, but players like undrafted rookie wide receiver Ryan Davis or third-year defensive edge Keionta Davis certainly are in a position to surprise.

Who will play left tackle?

With Isaiah Wynn and third-round rookie Yodny Cajuste both unavailable due to previously suffered injuries, and with veteran free agency addition Jared Veldheer deciding to retire, the Patriots were forced to make a change along their offensive line during organized team activities: during the lone open session, the team moved starting left guard Joe Thuney to the tackle spot on his outside shoulder, with a variety of players filling his original position.

With neither Wynn nor Cajuste a safe bet to return to the practice fields this week, the Patriots could again turn to Thuney as their left tackle. Maybe, however, another player emerges over the next three days — be it versatile Cole Croston, journeyman Dan Skipper, or undrafted rookie Tyree St. Louis. Either way, left tackle will continue to be a spot to watch this offseason.