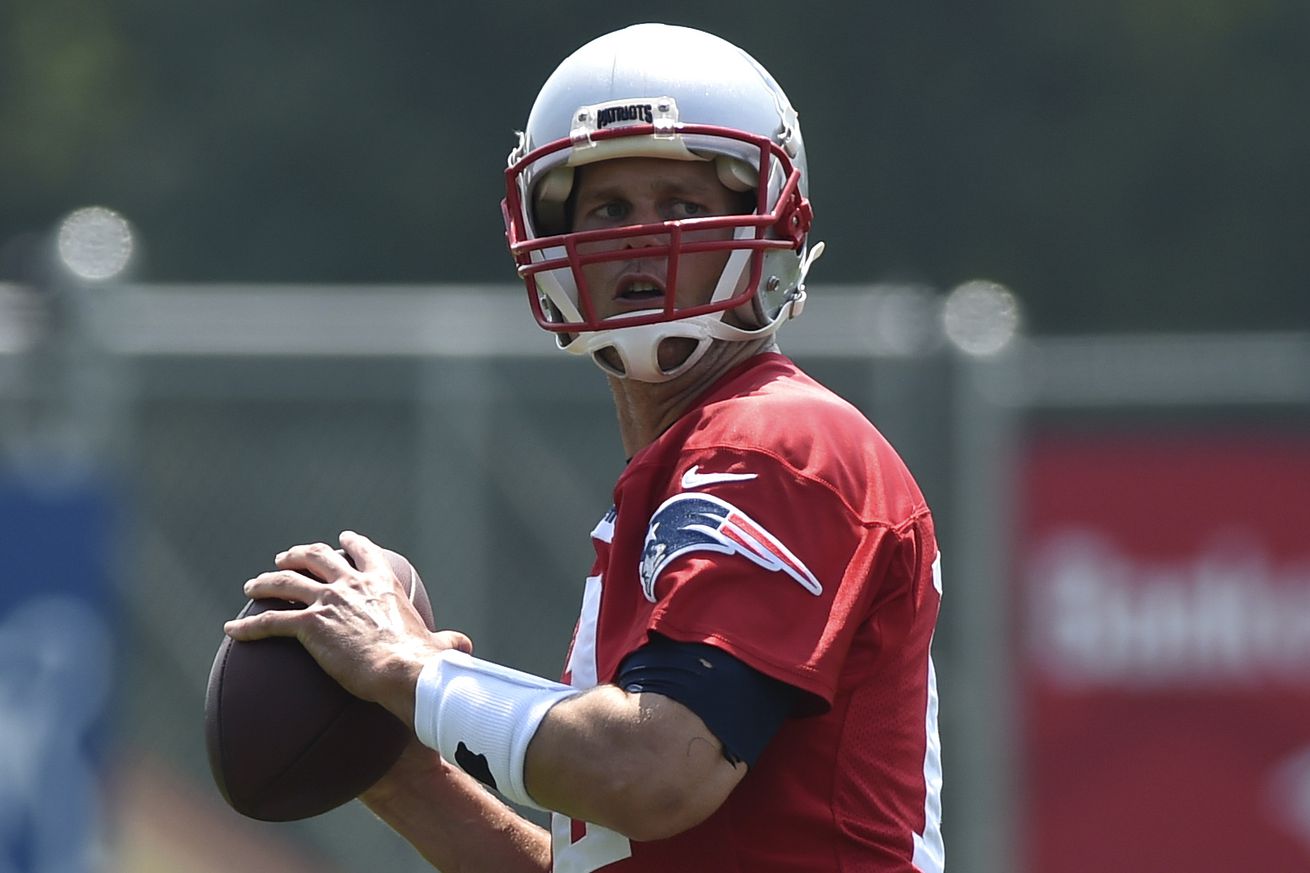 Notes and musings from the first of three practices.

Earlier today, the New England Patriots kicked off their 2019 mandatory minicamp. The two-hour session behind Gillette Stadium took place in perfect conditions, and with the world champions’ biggest star in attendance for the first time all spring: quarterback Tom Brady, who skipped the voluntary phase of offseason workouts, returned to join his teammates on the practice fields.

Brady’s return was the biggest, but far from the only story to come out of Foxboro today. Let’s recap the action from day one:

Fortunately, no players appeared to have suffered injuries today.

The quarterbacks performed as follows during 11-on-11 drills (source):

The quarterbacks performed as follows during 7-on-7 drills (source):

The quarterbacks performed as follows during 4-on-4 drills (source):

Danny Elting is the clear-cut number four on the quarterback depth chart at this point in time.

Wide receiver Braxton Berrios made the ‘play of the day’ when he made a diving catch down the right sideline on a pass from Brian Hoyer with Joejuan Williams in coverage. The second-year pass catcher had a good session. (source)

Speaking of ‘good sessions,’ Maurice Harris and Stephen Anderson also were among the standouts. (source)

After standing out during the lone open OTA session, N’Keal Harry was more inconsistent today. (source)

Tom Brady had a side-session at one point with just N’Keal Harry, Benjamin Watson and James White. (source)

Ja’Whaun Bentley registered the lone interception during 11-on-11 drills, off a pass tipped by Kyle Van Noy. (source)

While Jake Bailey has a better hang-time than Ryan Allen, he also fumbled a snap and had a touchback. (source)