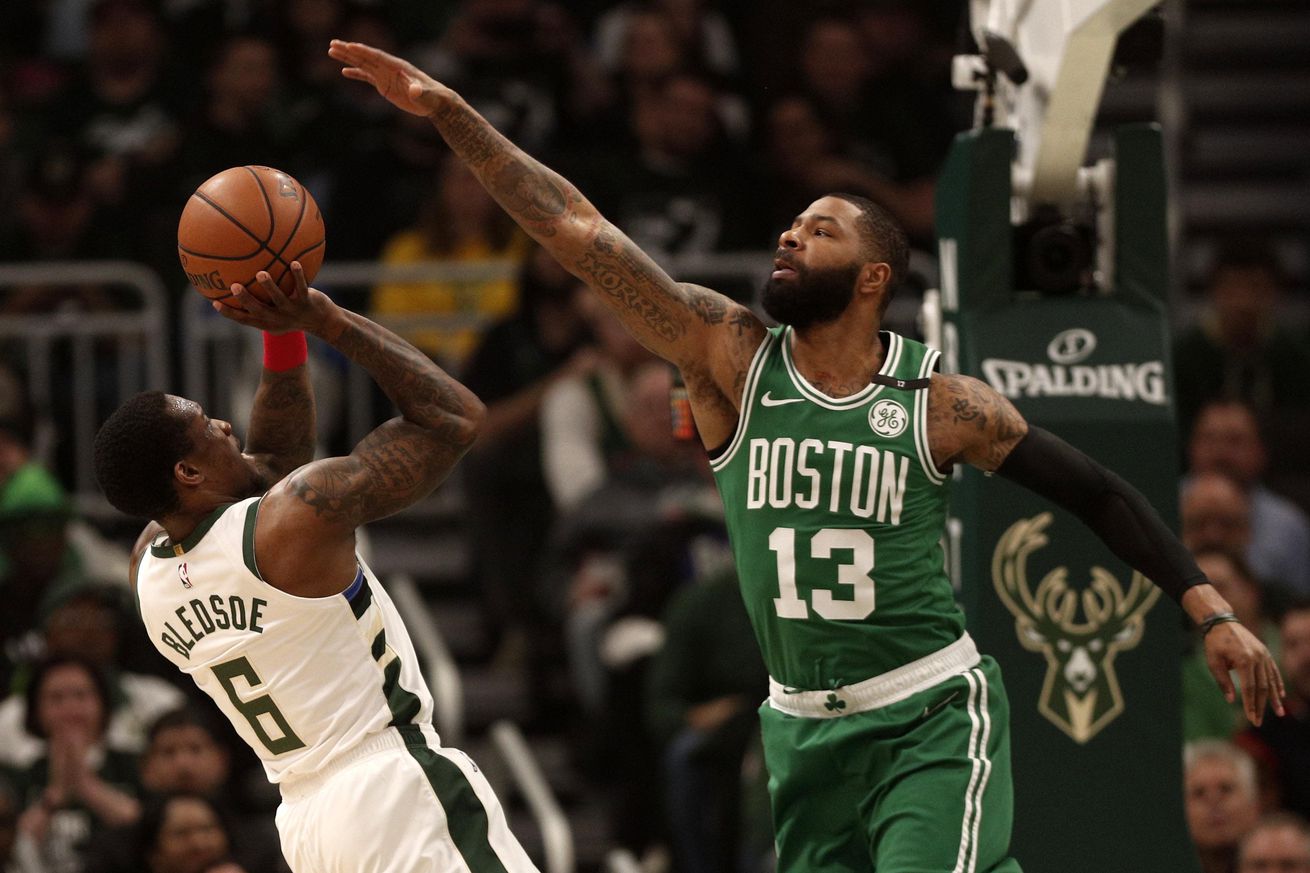 Boston’s veteran tough guy will receive many suitors after a career year.

Marcus Morris Sr. had a tremendous season for the Boston Celtics last year. Although his production dipped a bit after the All-Star break, he was a bright spot in a lost season. When the Celtics were 10-10, he was inserted into the starting lineup with Marcus Smart to help patch things, and it worked. On the last day of the season, Morris Sr. was one of the very short list of Celtics who played with any sort of fire.

Naturally, since all of this happened in a contract year, Morris will doubtless find a handful of suitors in free agency this summer. Shams Charania of The Athletic reported today that this is the case. For teams like the L.A. Clippers and the Sacramento Kings who either made the playoffs or were right on the cusp of making the playoffs, Morris would be an excellent addition to the lineup. He provides solid defense, pinch scoring and attitude. For younger teams making a playoff push, he’s an ideal veteran addition.

And then there are teams like the Chicago Bulls and the New York Knicks who have rumored interest. I . . . have no idea what to do with that concept. The Bulls are certainly not on the cusp of reaching the playoffs barring a drastic change in free agency or by trade, and the Knicks have bigger fish to shoot for before settling on Morris Sr.

Then there’s the L.A. Lakers. It’s tough to project how they’ll perform next year, but they could more or less use a Marcus Morris Sr. If they find another star to pair with LeBron James, Morris Sr. could provide a solid scoring punch without needing to be paid an absurd amount of money.

Of course, Marcus Morris Sr. has stated his love for playing for the Celtics. After Boston sorts through a lot of their bigger decisions (Kyrie Irving, Al Horford, Anthony Davis, etc.), I’m sure they’ll be looking to get Morris Sr. back on a reasonable deal. When everything is going well, Morris plays within his role and is a great two-way rotation player. Boston would just have to hope that everything goes well next season.

Marcus Morris Sr. averaged 13.9 points, 6.1 rebounds and 1.5 assists last season while playing as both a starter and a bench player. He’s just one more domino that the Celtics need to take care of as the NBA Draft and free agency approach at the end of this month. It should be an exciting few days, so stay tuned.