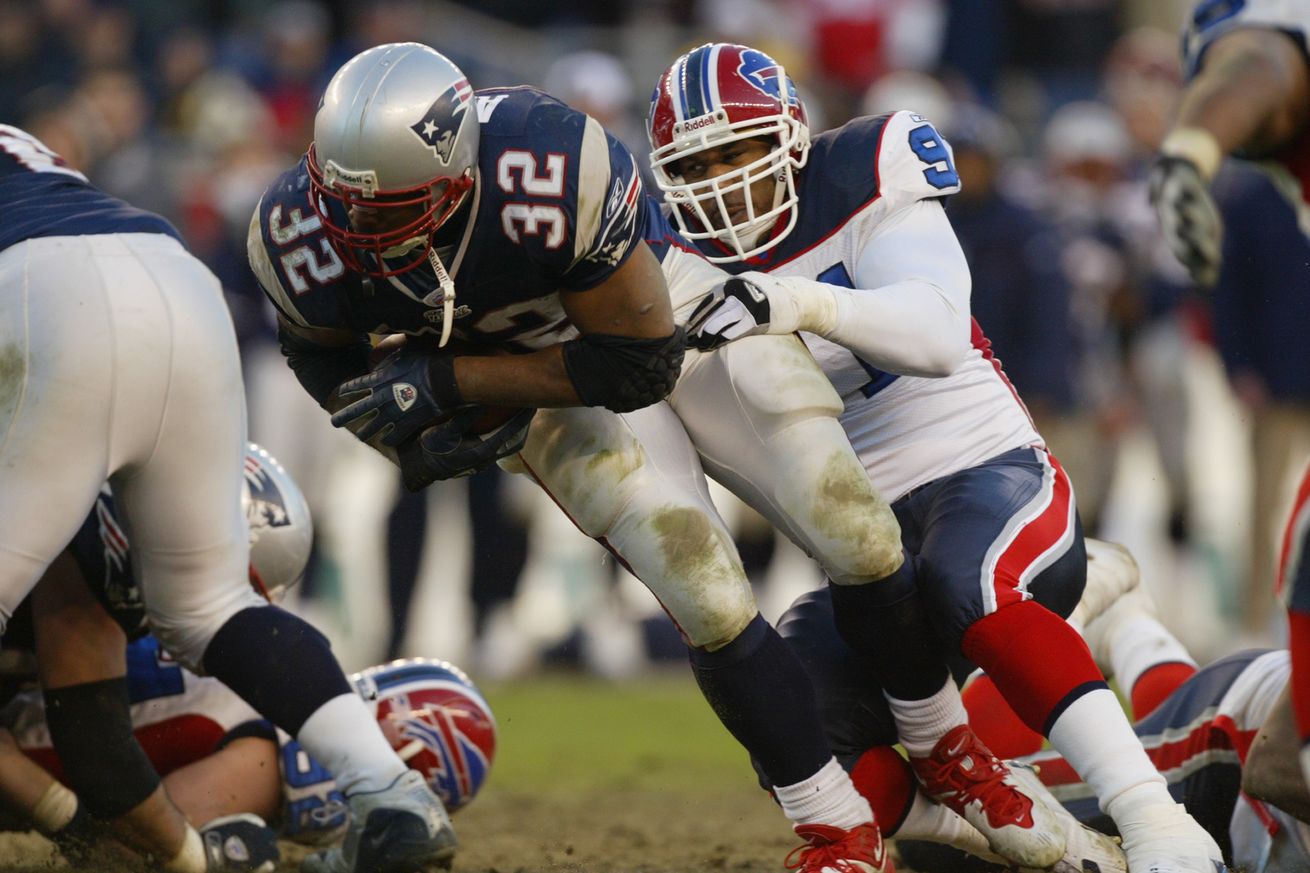 The 2003 Patriots opened up the season with a horrific 31-0 lost to the Buffalo Bills. They would come back 16 weeks later to crush the Bills by the exact same score at home.

In the Patriots 18-year run at being at the top, there have been plenty of memorable wins along the way. On the topic of revenge, the one victory that comes to mind the most is during the 2003 season. The Patriots started that season 0-1 after taking a brutal 31-0 loss to the Buffalo Bills. 16 weeks later the Patriots would return the favor by not only blowing out the Buffalo Bills, but doing so by the exact same 31-0 score.

The Patriots locker room went through a bit of turmoil the week before that game with the Buffalo Bills. The team was coming off a disappointing 9-7 season that had them miss the playoffs due to a weaker record against the division than the Miami Dolphins. On top of that, Bill Belichick made what was at the time a very controversial move by releasing safety Lawyer Milloy just five days before the start of the season. Milloy was a huge part of the previous Super Bowl championship, a team captain, and one of the most respected leaders of the locker room. Such a move now would barely make a dent in the locker room, but before Belichick established himself as the greatest coach and personnel guy of all time it had more reverberating consequences.

Milloy would sign a 5-year deal to join the Bills just two days before the game, joining former Patriots star QB Drew Bledsoe. Bledsoe went 17/28 for 230 yards, 1 TD, and INT while Milloy had 5 tackles and a sack of Tom Brady. Brady himself would have the worst performance in his otherwise legendary career, throwing 4 interceptions. One of those was a 37-yard pick-six to defensive tackle Sam Adams, who measured in at 6’3” 350. The game itself sparked up a lot of controversy, including one ESPN on-air idiot declaring that the team “hates their coach”. The team would ultimately move on that game thanks to respected veterans such as Willie McGinest and Rodney Harrison leading the way and the Patriots would only lose one more game in September before going on an NFL record 21-game winning streak.

The Patriots got their chance for revenge in the final week of the season. Even though they had already secured home field advantage of the playoffs the previous week, the stench of the 31-0 defeat lingered in that locker room. They came out of the locker room with a purpose that day and quickly built up a 31-0 lead early in the 4th quarter. Brady had a more Brady-level performance, firing 4 first half touchdown passes to 4 different receivers. The Patriots defense was equally as dominant, forcing 4 Bills turnovers and holding them to just 256 yards for the game. The Bills were driving late in the 4th quarter, but Larry Izzo was able to pick off a Travis Brown pass in the end zone to seal the 31-0 shutout of the Bills.

While the game itself did not have any impact on the AFC standings for the 2003 season, it allowed them to move on from one of the more turbulent chapters in the franchise’s history. The Patriots ended the regular season with 12 straight victories and primed for the playoffs. They would go on to win three more games that season and capture its 2nd Super Bowl championship in a back-and-forth game with the Carolina Panthers in Super Bowl XXXVIII. This story also serves as a reminder that Belichick does in fact have a plan for building a football team and coaching it when we ever read or see dumb tweets that BB the GM is hurting BB the coach and Tom Brady’s legacy.