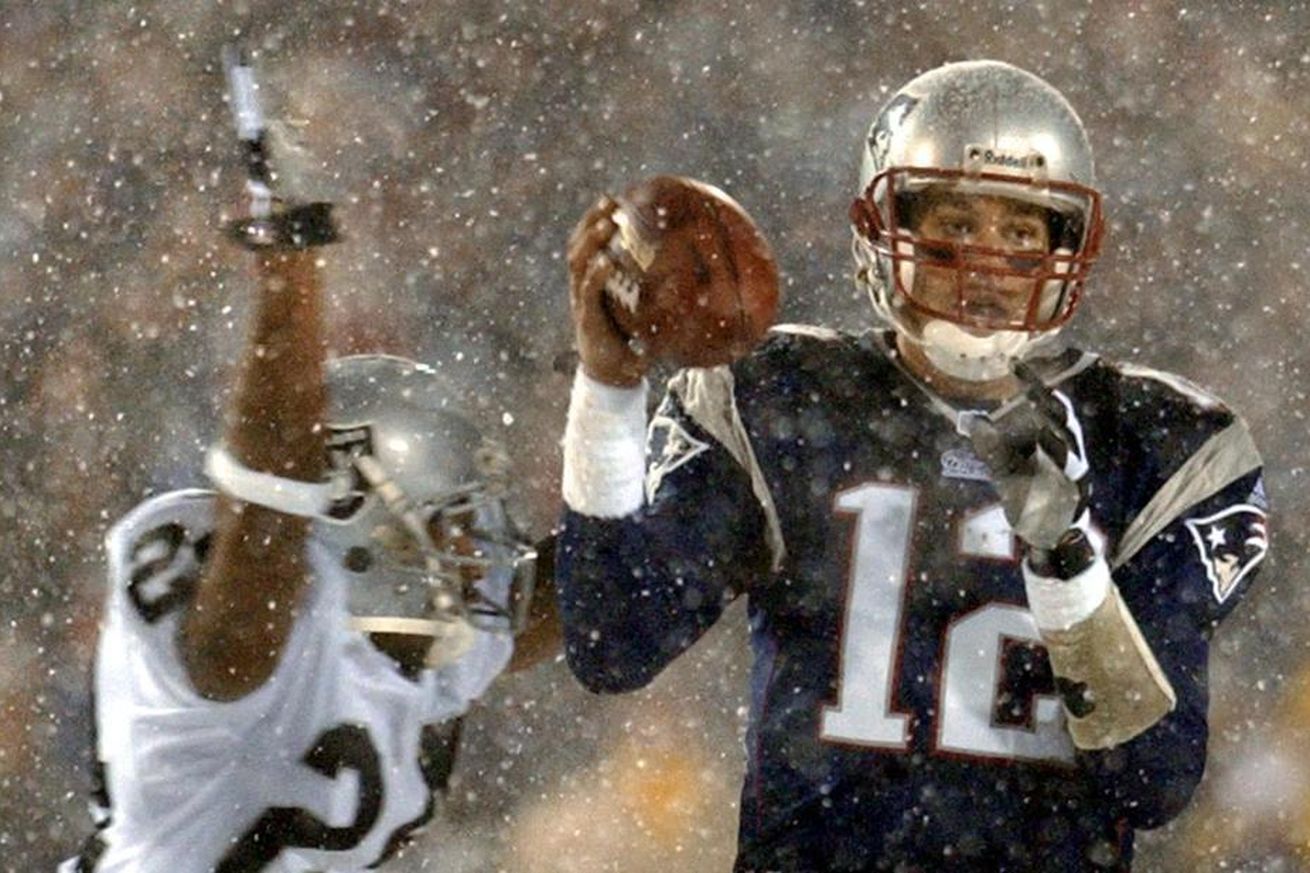 Related: The Tuck Rule Game was revenge 25 years in the making

The ‘Tuck Rule’ is a play that opposing fan bases still complain about. They say that the Patriots got lucky, and that it should’ve been a fumble. We, of course, know that they’re wrong, and the correct call was made. But, what if it hadn’t been?

Before I talk about the circumstances surrounding the play, I want to talk about the actual play, from my perspective. I was at the game with my dad and uncle. It was my second year as a season ticket holder, and my first playoff game. We sit in the end zone, and the Patriots were driving away from us. I saw Charles Woodson coming around the edge unblocked, and saw him take out Tom Brady and the ball pop out. That was it, the season was over.

But then, Walt Coleman got on the mic and said that they were reviewing the play. As he was under the hood, In The Air Tonight by Phil Collins started playing. We all looked at each other, and knew that something special was coming. That this amazing season wasn’t over yet. I still get goosebumps thinking about it. Coleman came out, and all I heard was, “The quarterback’s arm was moving forward,” because the entire stadium collectively lost its mind. Okay, now we can move on. I just couldn’t discuss this play without walking you through that night. It’s one that me, and most Patriots fans, will remember forever.

The first thing to know is that, even if the refs had wanted to make the right call, they may not have been able to. When the Patriots got the ball back (after a three-and-out by Oakland) with 2:06 left in the game, they had alreadyused all of their timeouts. The ‘Tuck Rule’ play happened on the other side of the two-minute warning, when 1:50 were left on the clock. Back then, the automatic challenge for a turnover wasn’t yet in effect. That means, if the situation had occurred just two plays earlier, the Patriots wouldn’t have been able to challenge it at all.

Also, even though the ‘Tuck Rule’ call had been made before, and was made after as well, there’s always a chance that the refs didn’t get it right. There have been tons of instances where a play is challenged, and the refs still don’t come away with the right call. This could’ve been another one of those examples.

If either of these scenarios had happened, and the Tuck Rule had never been enforced, the Patriots obviously wouldn’t have won Super Bowl 36, because they would have lost to the Raiders that night.

The real question is: How would that loss have impacted the rest of the Patriots dynasty?

The legacies of the greatest quarterback of all time, and the greatest kicker of all time, would certainly be altered forever. And Tom Brady, who had led the Patriots to a playoff berth and first round bye, would have lost his first postseason start, without throwing a touchdown pass. Would his performance during the regular season have been enough for Bill Belichick to make the same decision to trade Drew Bledsoe and roll with the young gun? I think it probably would have been, but how would the team have responded? This is something that I discussed in further detail in my Bledsoe ‘What If…’ article, so I’m not going to go into much detail here.

How much of the Patriots’ success was driven by a confidence in knowing that, in the biggest moments, their players were going to come through? Did that have an impact on the way the Patriots approached big games in the future? It isn’t a stretch to assume that having early success could’ve led to them having consistent success in later years. Without that early success, it’s possible that the entire dynasty looks completely different.

Remember that, up until 2001, the Patriots had never won a Super Bowl. They weren’t the cream of the NFL’s crop. In fact, other than the 1985 and 1996 season, the Patriots really weren’t winners. Combine that with their performance in 2002, and everything might be very different.

It definitely changes what might very well be the most untouchable record in NFL history. Tom Brady started his NFL postseason career 10-0. I can’t imagine another quarterback ever winning his first ten playoff games again. Right now, there are great up-and-coming QBs in the league, such as Patrick Mahomes and Jared Goff, who have already lost to Brady in the playoffs, and therefore don’t have a chance at breaking his record.

It’s amazing how much of this Patriots dynasty may rely on a fortunate, but correct, ruling by the referees. For those haters out there that say the Patriots were gifted that game, please remember that the Raiders went three-and-out the drive before that, including being stuffed on 3rd and 1. Then Adam Vinatieri has to make arguably the greatest kick in NFL history to close out the ‘Tuck Rule’ drive.

Then, in overtime, the Patriots converted on 3rd and 5 twice, and on 4th and 4 as well. The Raiders had a ton of opportunities to win that game, before and after the ‘Tuck Rule,’ but, in the end, the Patriots made the plays and they didn’t. The ‘Tuck Rule’ may have kept the eventual world champs alive, yes, but the team certainly earned its win that night.

It’s impossible to know what exactly would be different here in New England had the ‘Tuck Rule’ not been called. The Patriots obviously wouldn’t have won Super Bowl 36. Would they have still won Super Bowls 38 and 39? How would the team have handled Belichick replacing Bledsoe with Brady? Would Brady and Belichick still be considered the greatest of all time? Something tells me the answer to the last question is still yes, but I’m glad we don’t live in a world where we need to find out.

Be on the look out for next week’s installment into the series: a look at the worst loss in sports history.