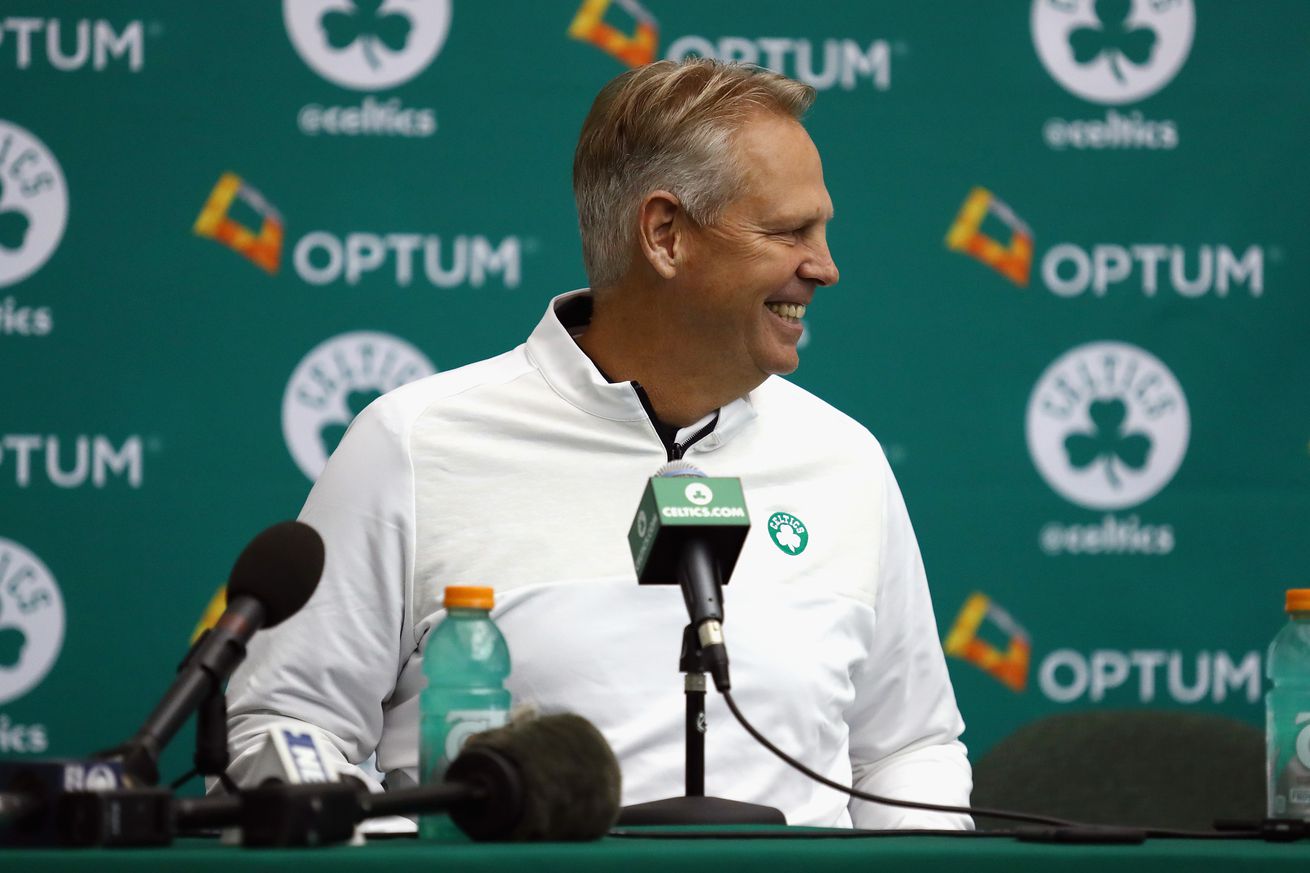 With all the uncertainty surrounding what should be a very eventful summer, Danny Ainge seems cool, calm, and collected. Since suffering a minor heart attack during the second round series against the Bucks, the Celtics President of Basketball Operations has added more plants to his diet (not the Bill Walton type) and confirmed that he won’t be relinquishing his role with the team. “I feel good. I feel great. It’s an exciting time of year,” Ainge said.

It’s early June and while the Toronto Raptors and Golden State Warriors are in the thick of the NBA Finals, the rest of the teams in the league are eagerly awaiting the draft on the 20th and free agency to open ten days later. With so much to do, the 60-year-old shows no sings of slowing down. Per Ainge, by the time the Celtics’ draft evaluations are complete, they will have seen around 100 prospects walk through the doors of the Auerbach Center. With the #14, #20, and #22 picks, Ainge plans on casting a wide net. “We’re bringing in everybody. All shapes and sizes, skills and talent, experience and youth. The whole variety of what goes on in the draft. That’s why the draft is hard,” Ainge said.

But as Ainge alluded to, the draft picks could be traded before or on June 20th. That’s when things get trickier for Danny considering what’s at stake. There’s the pursuit of an Anthony Davis trade with New Orleans and the potential re-signing of Kyrie Irving. Ainge could not speak on any speculation regarding Davis, but he did talk about risk management and gambling on trades and free agency. “There’s always risk in making deals. We’re not afraid of risk. We made a risk by trading for Kyrie and no matter what happens with Kyrie, I’ll never regret that. Just move on to the next deal.”

And of course, much of the Celtics’ future rests on Irving’s decision. To that, Ainge said, “there’s ongoing conversations and we’ll just have to wait and see what happens there.” Ainge did however confirm that he has not received any indication that Irving does want to return to Boston. Ainge further defended Irving in response to criticism he received stemming from the 4-1 defeat to the Bucks.

“It’s unfortunate that one person gets credit or blame for team’s failures. I mean, we have a lot of reasons why the team failed this year and Kyrie deserves his share of the blame, but not anymore than anybody else. There’s a lot of guys that didn’t handle things the right way and make the sacrifices that needed to be done for the benefit of the team,” Ainge said.

With next season in mind, there’s the matter of what is under the Celtics control right now. Ainge reiterated his confidence in Brad Stevens despite a disappointing end to the playoffs. He stated that one of the priorities this off-season is restructuring Al Horford’s contract; Horford has a player option that he can exercise this summer or he can sign a team-friendly, long-term deal. Also, despite Terry Rozier’s whirlwind media tour a few weeks ago, Ainge remains a big fan of Rozier and is confident that in the right role, Rozier can and will produce.

Ainge was candid with his feelings about the year. “I would say going into the season, we knew there would be–with the success from the year before and trying to bring back Kyrie and Gordon to the mix–there would be some challenges. We all knew that going in, but I even underestimated how long that might take because it didn’t ever really take where we had 100% buy-in from 100% of our players. I did not anticipate that. I thought that through the course of the year, guys would figure out their roles.

Throughout Ainge’s presser, what was abundantly clear was the value of his experience. There are few GM’s and front offices that can boast the collected knowledge that Danny has amassed as former player, coach, and now executive. But the old dog can learn new tricks. When asked about roster building and the growing pains of this season, Ainge said, “I learned some things from this year. I think that it was a unique situation where we overachieved to such an extent the year before with young players. There were so many expectations, not just their own expectations, but expectations from everybody.”