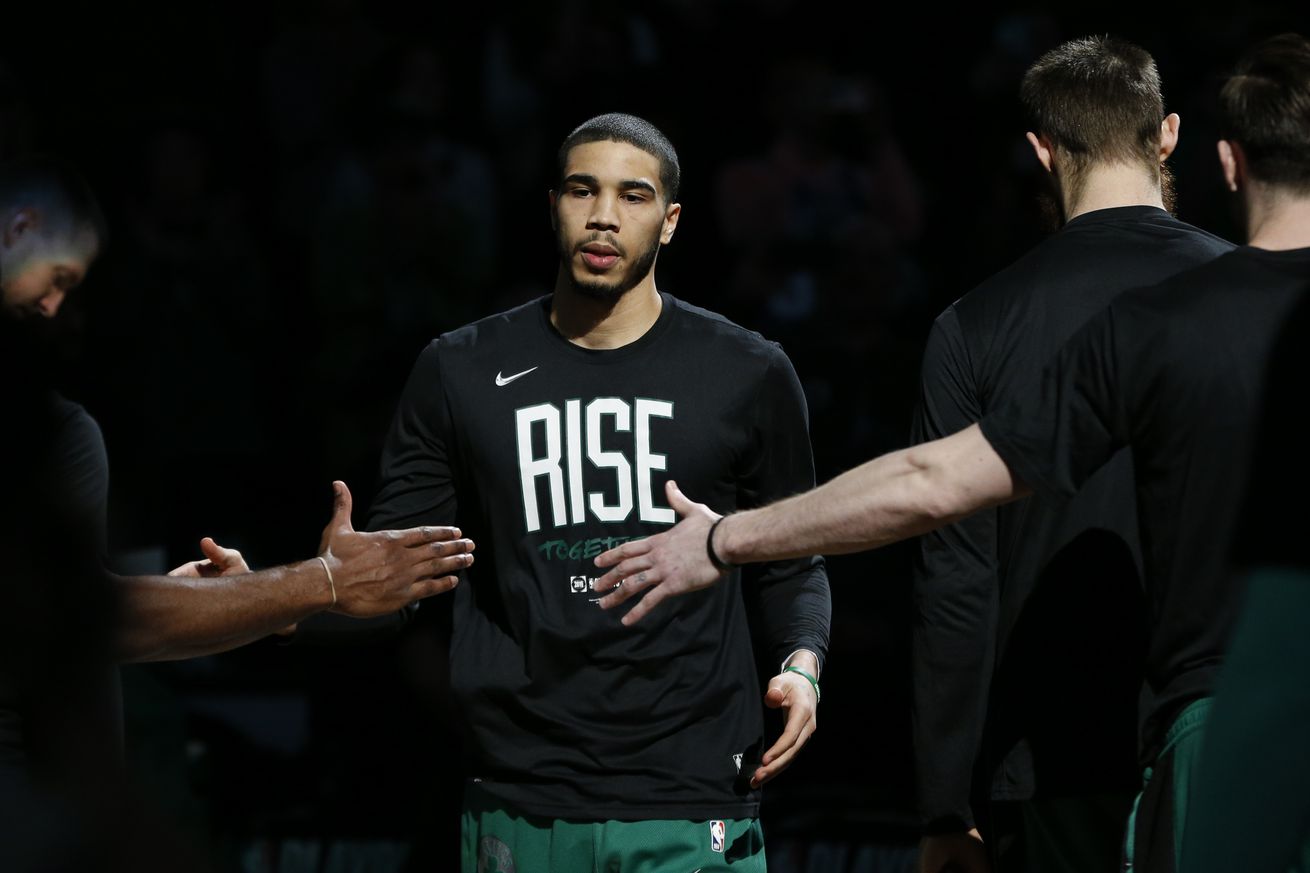 Tatum will be heading to Team USA’s training camp in August with other NBA stars.

As Jayson Tatum tries to continue his ascension into NBA stardom, he will first look to make a splash on the international stage with some of the NBA’s elite this summer.

According to Adrian Wojnarowski, the 21-year-old Tatum is expected to join USA Basketball’s training camp in August in an attempt to earn a roster spot for September’s FIBA World Cup in China.

In two full NBA seasons with the Boston Celtics, Tatum has shown consistent flashes of becoming a franchise difference-maker by averaging 14.8 points, 5.5 rebounds and 1.9 assists per game in his career. Tatum also holds career marks of 46.1% shooting from the floor and is a 40% 3-point shooter.

Tatum is the youngest of all the invitees, with the next closest being Mitchell, who will turn 23 in September, and Kuzma, who is nearly three years older than Tatum.

Tatum has previous experience playing in the Team USA realm. Tatum won Gold medals at the 2015 FIBA U19 Championship, the 2014 FIBA U17 World Championship and the 2013 FIBA Americas U16 Championship.