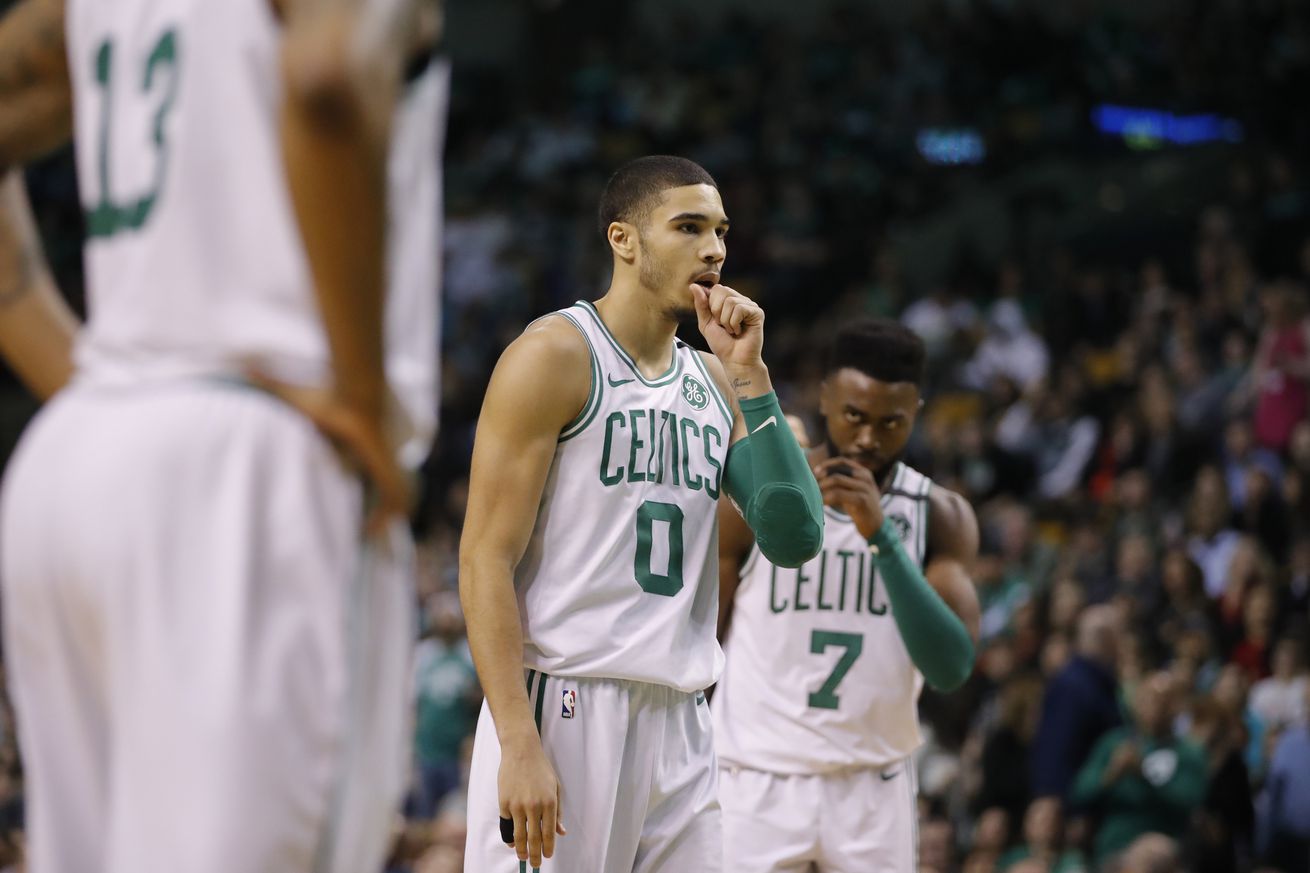 With the immediate future uncertain, should the Celtics mortage their long-term prospects?

Per The Athletic’s Shams Charania, new Pelicans President of Basketball Operations has started fielding calls on Anthony Davis. Here’s the paragraph of note for Celtics fans:

Across the NBA, rival executives believe the following teams will be able to compile the best packages: The Los Angeles Lakers, New York Knicks, Boston Celtics and Brooklyn Nets. Davis’ preferred destinations list of four teams includes the Lakers, Knicks and LA Clippers and that will embolden those teams to pursue him strongest of all.

Of course, with the Lakers and Knicks in the enviable position of being one of AD’s preferred destinations where he’d presumably re-sign next summer, this puts the Celtics behind the eight ball. Even considering Danny Ainge’s gambling reputation, it’s hard to believe that he’d trade for Davis purely as a rental. It’s also possible that a pre-draft and pre-free agency deal for AD could act as a carrot to convince Kyrie Irving to re-sign in Boston.

Ultimately however, this decision doesn’t come down to what Davis or Irving or Ainge or Rich Paul want. With Davis still under contract for one more season, it comes down to David Griffin. What’s more appealing: a combination of the Lakers’ youth or the hodgepodge of assets and picks from the Knicks? All are relatively unproven commodities when stacked up against what Ainge and the Celtics can offer though.

The Celtics currently have six players under contract for 2019-2020 just under $65M: Marcus Smart, Jaylen Brown, Jayson Tatum, Gordon Hayward, Guerschon Yabusele, and Robert Williams. It is believed that to get AD, it’ll take some combination of Smart, Brown, Tatum, and draft capital. While it’s tempting to throw all eggs into one basket in the hopes of putting together another Big Three for a championship run, Boston could also be missing out on a special group.

That young core of Smart, Brown, and Tatum represent not just a promising collection of talent, but a brain trust and emotional foundation for the future of the franchise. They’ve been groomed as leaders and battle-tested by drama-filled seasons and grueling playoff series. They are not merely “assets.”

Can you build a team around this trio? Sure, but they’d need help. Not surprisingly, they were stout defensively last season. In 237 minutes, Smart-Brown-Tatum posted a stingy 100.7 defensive rating. Unfortunately, that paired with a 95.3 offensive rating. Despite improvements to his pick-and-roll game and shooting, Marcus Smart is not a reliable initiator on offense. Brown and Tatum are more effective attacking close outs rather than breaking defenders down off the dribble. For what it’s worth, throw in Kyrie Irving and that offensive foursome hums at a 101.6 rate.

And as much as Smart is arguably the most Celtic-y of Celtics, Brown and Tatum are the most likely to reach star and maybe even superstar level. Davis might be the bird in hand if Ainge can pull off a trade, but Brown and Tatum could be the two in the bush that a risk-taker like Ainge could shoot the moon for.

Even with all the success that the team has enjoyed over the last three years–two Eastern Conference Finals and free agent signings of Hayward and Al Horford–a new timeline could emerge this summer. Brown and Tatum could develop into consistent 20+ point scorers next season and next summer, Boston could be a free agent destination for, well, Anthony Davis.