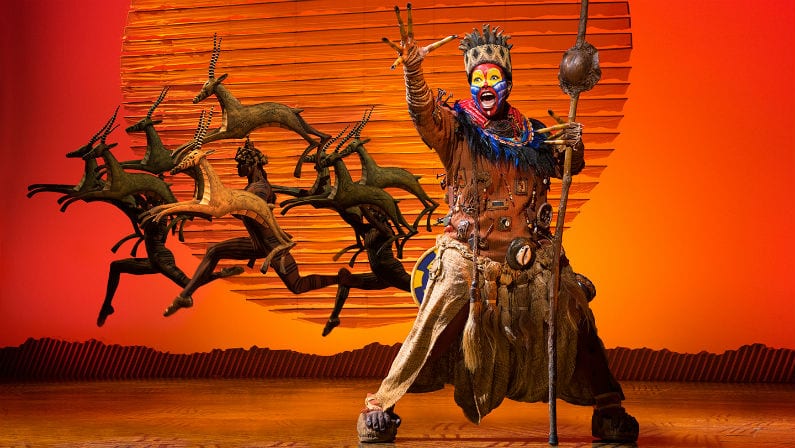 One of the most award-winning and critically-acclaimed Broadway shows of all time is coming to Boston’s Citizens Bank Opera House this fall, and we’ve got a deal on tickets you can’t afford to pass up. Disney’s The Lion King will be in town throughout the month of October, and Boston on Budget readers can get huge discounts on tickets through Goldstar.com while they’re still on pre-sale. Right now, Goldstar has tickets for as low as just $29.50, but hurry – these are sure to go faster than a stampede of wildebeests.

The Lion King first debuted on Broadway in 1997, just three years after the animated film of the same name. The musical features music by Elton John and Tim Rice, the legendary pair behind many of the film’s award-winning song, and has become Broadway’s third-longest running show in history. That’s not all, though: to date, The Lion King has brought in over $1 billion, making it the highest grossing Broadway show of all time, and has won six Tony Awards including Best Musical.

This legendary show is now coming to Boston’s own Citizens Bank Opera House for a month of performances that are sure to sell out. The production features lavish sets and costumes alongside its iconic score, creating a feast for the senses that truly can’t be rivaled by any other show.

Whether you’ve seen The Lion King multiple times or haven’t even seen the animated film, this is one show you don’t want to miss. Ticket prices will surely rise in the coming months as the date gets closer, so be sure to take advantage of these pre-sale discount tickets to this legendary musical to avoid getting gouged.

The Lion King runs approximately 2 hours, 30 minutes and includes one 15-minute intermission. For a full list of dates and times, visit the event’s official website.

The post Save Big on Pre-Sale Tickets to Disney’s The Lion King appeared first on Boston on Budget.