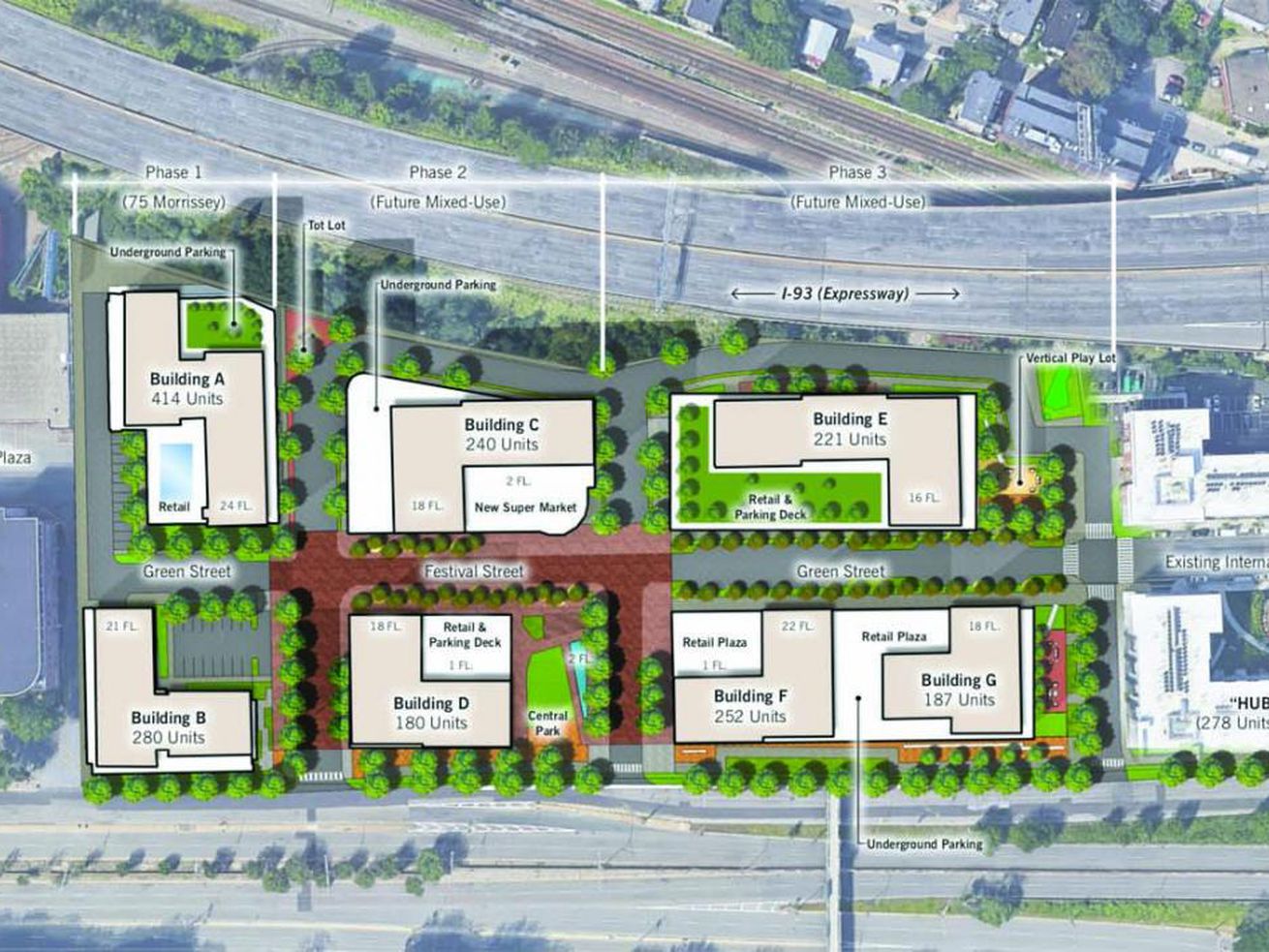 Tentative plans near the JFK/UMass T stop call for hundreds of housing units, plus retail, parkland, and parking

A stretch of Dorchester’s Morrissey Boulevard between the former Boston Globe headquarters and the Hub 25 buildings near the Red Line’s JFK/UMass stop could be transformed with the addition of several buildings as well as parkland and parking.

Developer Center Court Partners is proposing a three-phase project that could take well into the next decade and perhaps beyond to complete. The company acquired the 2.23-acre parcel at 75 Morrissey in 2017 for $14.5 million, and also owns two adjoining parcels.

The first phase of Center Court’s redevelopment would include two towers next to that former Boston Globe HQ—which itself is undergoing some major changes. The towers would stretch to 21 and 24 floors, with 694 residential units, 11,400 square feet of retail, and two levels of parking with 374 spaces, per the Dorchester Reporter’s Jennifer Smith.

As for the other faces, those would include up to five new buildings with more than 1,000 housing units, 86,500 square feet of retail, and 1,000 parking spaces. Center Court also envisions a new road through the Hub 25 site, in part to create green space.

Any phase of the redevelopment is a ways off and a complete redevelopment is unlikely for a decade-plus. The developer presented to the Columbia-Savin Hill Civic Association most recently on June 3. Leases for two of the parcels, too, extend into the 2030s. Stay tuned.