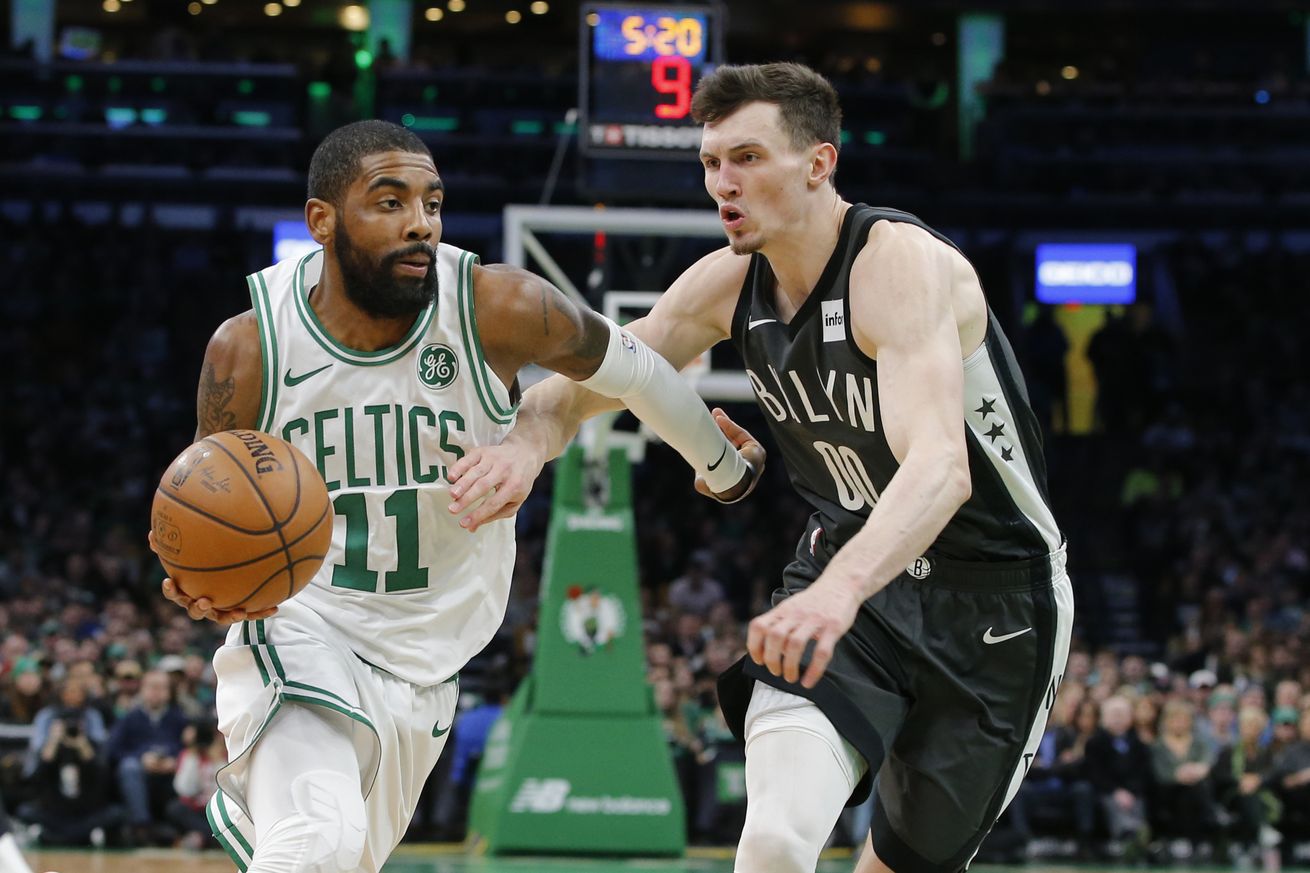 The Nets appear serious about pursuing multiple free agents this summer. On Thursday they created additional cap space in a trade with the Atlanta Hawks.

The growing rumor circulating for the past month has been that there’s mutual interest between Brooklyn and Kyrie Irving. Woj added fuel to that fire with his latest report.

Boston guard Kyrie Irving — who is expected to become a free agent — and Brooklyn have a strong mutual interest, league sources told ESPN. The Nets have $46 million in salary-cap space to sign two maximum-contract free agents, which would include Brooklyn’s dream scenario of luring Irving and Golden State’s Kevin Durant to the franchise, league sources said.

As Chris Forsberg points out, this is just the latest “smoke” along these lines.

First, Stephen A. Smith suggested that Kyrie Irving has given “every indication” to the Nets that he wanted to sign there. Then Irving posted a video on Instagram of him hugging a New Jersey crossing guard from his childhood (the Nets were previously in Jersey). Then Irving got photographed walking into an apartment in New York, all while Danny Ainge sounded less than confident about where Irving and Boston’s so-called “engagement” stands.

This is where I remind you that we don’t know for sure what Irving is going to do and he himself might not be sure. The Nets are certainly being aggressive but that doesn’t mean that they know anything we don’t. There are a number of top end free agents on the market and it is a smart play to clear the room for them with the lure of playing in the New York market (without the James Dolan stench).

With all that said, this is just another sign that seems to be hinting at an Irving departure.