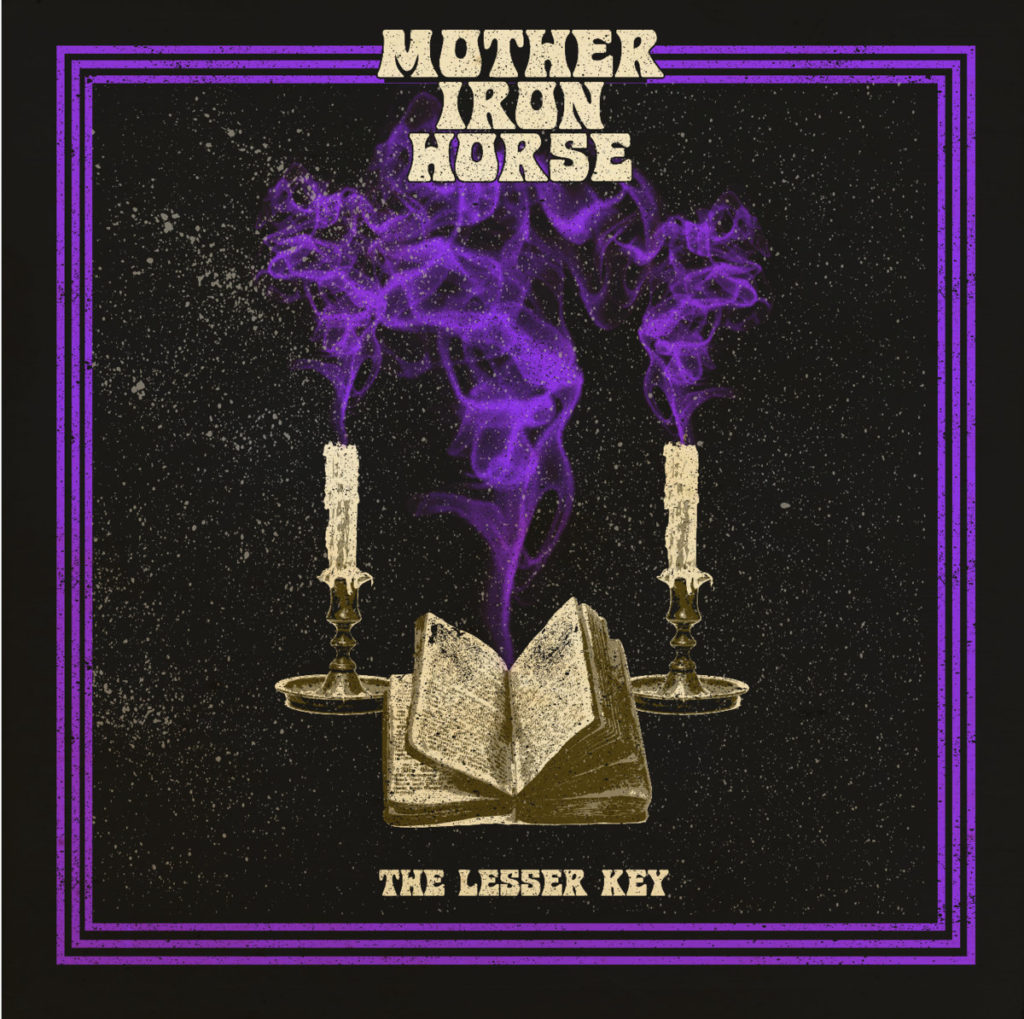 Mother Iron Horse formed in July of 2018, yes, as in less than a year ago, and in May of 2019 they released their first full length album. The Lesser Key straddles somewhere between stoner/doom, rock, and heavy metal; whatever you are craving it’s there right where you want it. Despite the breakneck turn around from the band’s inception to final release of the album the songs are tight, tuned, and something to behold. The album is packed with catchy stoner riffs and crushing vocals.

“The Lesser Key” takes its name from ‘The Lesser Key of Solomon and the Ars Goetia’, a book of demons and lesser spells from the 17th century. After listening to the first few songs it’s easy to understand why the band might have drawn inspiration from the text. The album opens with a slow rolling bass line, building into the full band following suit. The opening few riffs of “Gehenna” set the tone for the album perfectly followed by song after memorable song. “L’Inferno” changes pace and gives the body rest with acoustic guitars mingled in with far off bells and drums. The song title is a reference to the 1911 Italian silent film of the same name depiction an adaptation of Dante’s Inferno and nails the bleak feel of the film and its portrayal of hell.

The album as a whole keeps an engaging pace, headbangers are followed by atmospheric tone setting that’s hard not to listen to on repeat. This band came together with a mission and dropped a complete album before most band have a set list. Keep your eyes on this band, they are going places fast.