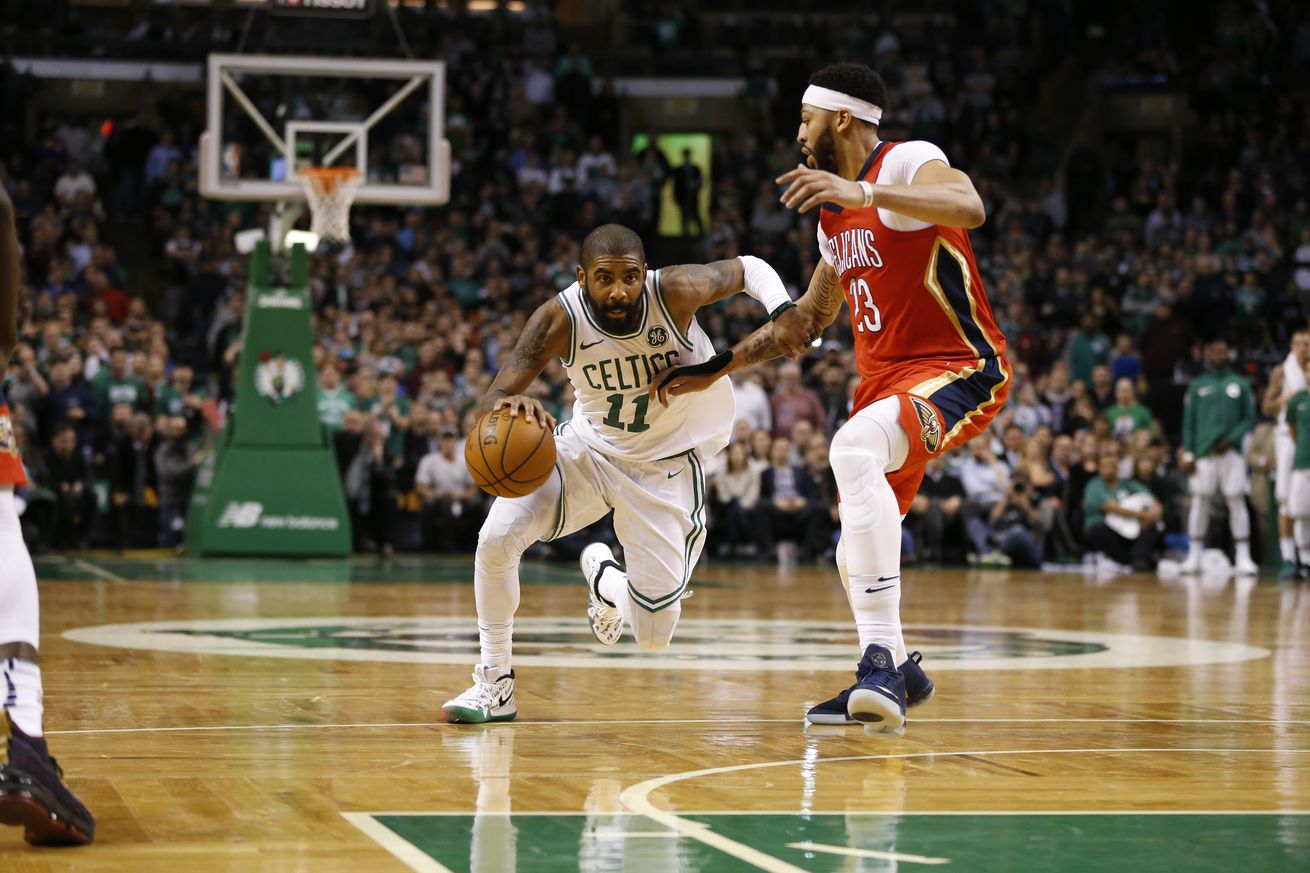 David Griffin’s reportedly seeking a deal before the NBA Draft on June 20th.

Adrian Wojnarowski of ESPN reported Monday that the New Orleans Pelicans are willing to get creative when it comes to an Anthony Davis trade. Additionally, it appears that New Orleans is looking to get a deal done before the NBA Draft on June 20th, so it won’t be long before we have clarity on the situation.

Wojnarowski threw in a quick tidbit on Boston’s situation on the Kyrie Irving front and how it affects negotiations with New Orleans:

The Boston Celtics have long considered a run at Davis too, but they must take into consideration the future of free agent Kyrie Irving before committing to a significant offer of assets to New Orleans.

This is pretty obvious, but it does warrant some attention. The Celtics will no doubt change what they offer to New Orleans pending Kyrie Irving’s decision. What it will likely come down to if they work out a deal with New Orleans is that Boston will come to a relative agreement on the framework of a deal, call up Irving, tell him, “Hey, we’ve agreed on an Anthony Davis trade, and we only have to send out this, this and that.”

If Irving agrees/sounds pleased, you pull the trigger, re-sign him on July 1st, execute the trade the next day, and hope things work out by training camp. If Irving remains non-committal at that point, reconsider your entire gameplan and move on.

As for what a deal for New Orleans would look like, here’s what Griffin’s asking price appears to be, per Woj’s report:

Griffin is pursuing a combination of assets that include an All-Star player, a young player with All-Star potential and two first-round picks, league sources said. Those wants are on a sliding scale. For example, the better the player, the softer the asks on the draft picks — and vice versa.

The report indicates that to get to this asking price, the New Orleans Pelicans are looking at 3-team scenarios because they don’t feel that one team can fulfill their asking price. This could actually work in Boston’s favor. There are plenty who feel that Marcus Smart being included for salary purposes would be devastating, so adding the assets that New Orleans is looking for with the salary from a third team could be more desirable in the long run.

With that being said, what New Orleans is looking for sure sounds like a healthy Gordon Hayward, Jayson Tatum, the Memphis pick and #20 in this year’s NBA Draft, especially since they plan on competing for the playoffs right away with Jrue Holiday and Zion Williamson. Whether or not Boston would actually trade those pieces remains to be seen (for a number of reasons including –potentially – the optics of trading Hayward).

The final tidbit that holds real weight in this report is that the Pelicans would prefer to get a deal done before June 20th, so it won’t be long before rumors really start to flare up. In these last two weeks before the Draft kicks off, expect a lot of action. As always, stay tuned here for the latest.