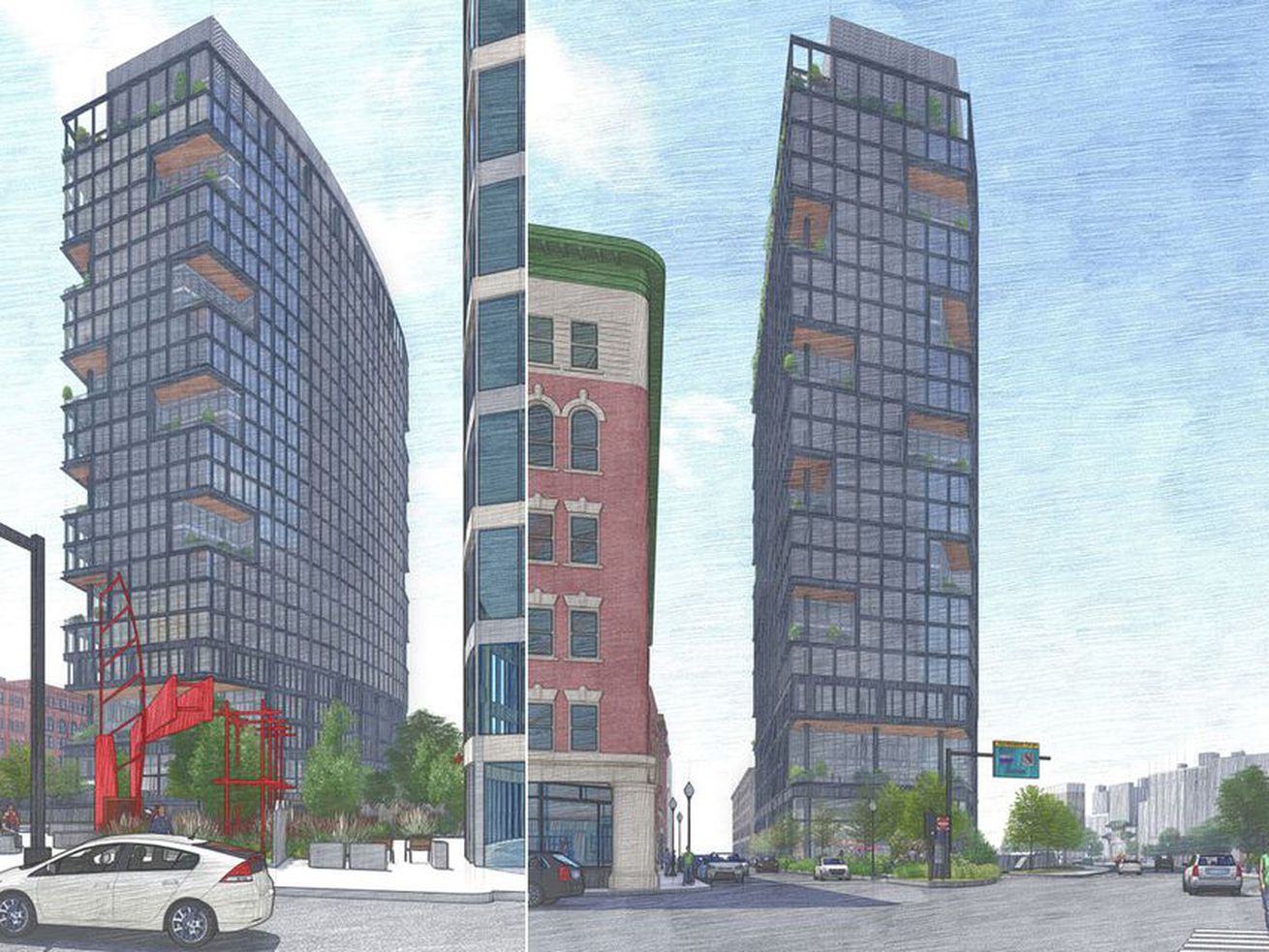 Oxford Properties wants to build to 340 feet at 125 Lincoln Street, but opponents say such a tower would violate zoning regs

Opponents of a proposed 340-foot, 24-story tower at 125 Lincoln Street in Boston’s Leather District near Chinatown say it would be vastly out of scale for the neighborhood and would violate zoning regulations.

Oxford Properties Group—which bills itself as “the second largest landlord in Boston” with more than 4.5 million square feet—filed plans for the tower with the Boston Planning and Development Agency on June 7, and says it could start construction in about a year if the necessary approvals come through.

Opponents, however, point to the city’s 2010 Greenway Planning Study, which specifically mandates a much shorter project on the site, which includes a block-long garage, retail, and restaurants. (Oxford Properties bought 125 Lincoln in 2017 for $39.5 million.) From the study:

Because of the length of its frontage on the Greenway, the Lincoln Street Garage Site, if redeveloped, could profoundly affect the character of the Chinatown Park and the adja- cent Beach Street Crossroad. The southwest corner of the property, in particular, presents a significant challenge to the legibility of the Beach Street corridor, as the active uses on Beach and Lincoln Streets are segregated from the intersection by a very active garage entry.

Future additions or redevelopment of this site will be limited to 100’ by the high potential for shadows cast on the park. Development here should align with the 80’/100’ heights of the existing Leather District fabric and should reinforce the existing character and scale of the neighborhood.

Or, as Christopher Betke, chairman of the Leather District Neighborhood Associaton, put it more succinctly in an email, there is no law or other regulation “that supports such a massive, out-of-proportion building on this site. To build this here, one has to literally disregard every law or urban planning that came before. …

“This building will effectively block the sky to our residents, build a wall between us and our neighbors, and bury the Chinatown Greenway Park in shadow.”

Opponents of Oxford Properties’ proposal also say one of the company’s renderings (above) of its would-be tower is misleading in terms of how it would compare with surrounding Leather District and Chinatown properties.

Betke said the below rendering—included in Oxford Properties’ filings—was more accurate (the proposed 125 Lincoln is the darker structure between the existing Radian residential building and 125 Summer Street).

We have a request for comment out to Oxford Properties, which is the real estate wing of a Toronto-based Canadian pension fund. Stay tuned.