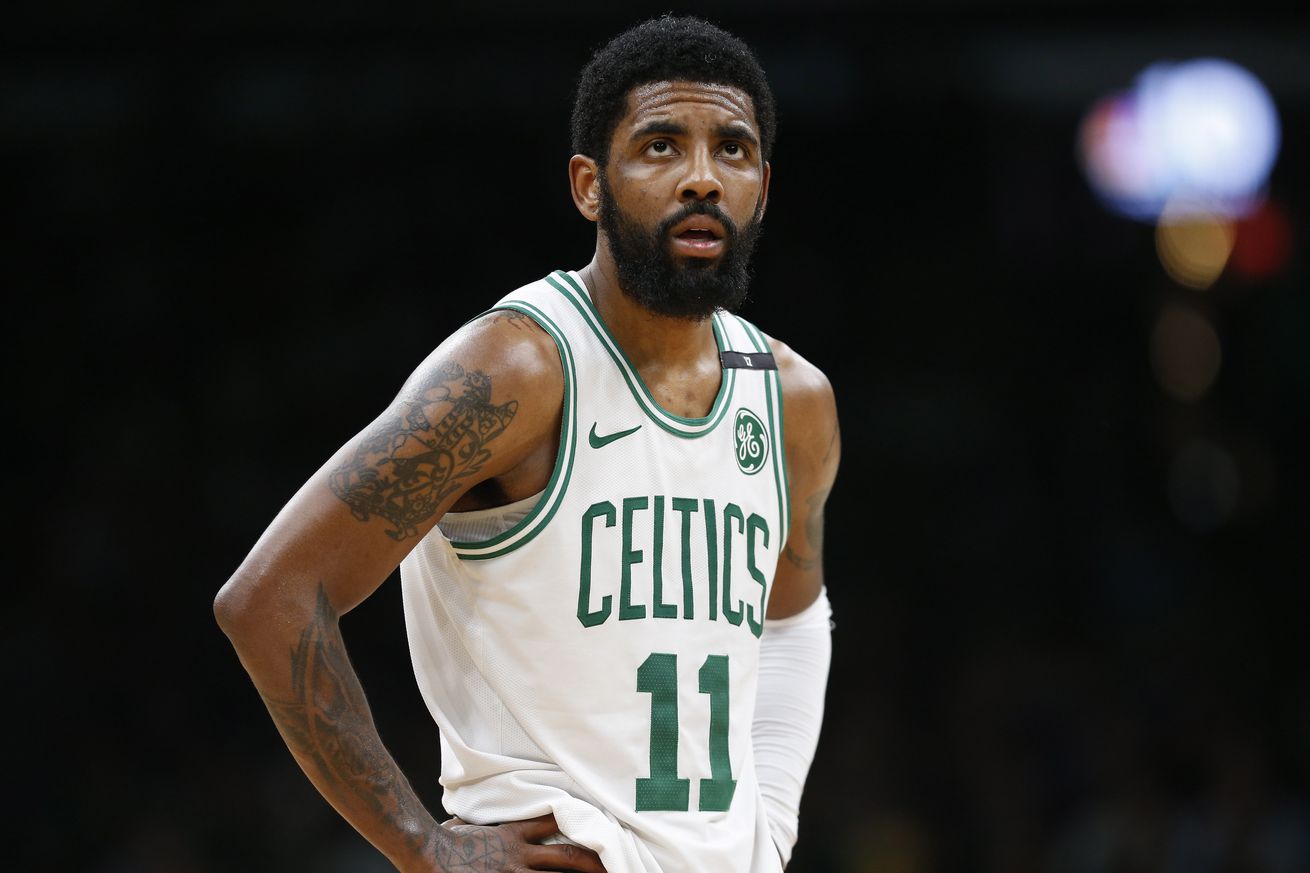 Irving will opt out of $21.3 million to be an unrestricted free agent

Per Shams Charania of The Athletic, Boston Celtics guard Kyrie Irving has decided not to exercise his player option for the 2019-20 season:

Celtics’ Kyrie Irving is not opting into his $21.3 million deal for next season and will become a free agent eligible to sign a new contract with Boston or elsewhere, league sources tell @TheAthleticNBA @Stadium.

This means Irving will be an unrestricted free agent when free agency opens at 6:00 PM EST on Sunday 6/30.

Opting out of his contract doesn’t necessarily mean that Irving won’t be back with the Celtics next season and beyond. This was always the course Irving was going to take. By opting out, Irving is now eligible for a contract starting at a projected $32.7 million in 2019-20. That alone is a raise of over $11 million for Irving.

Irving addressed both his 2019-20 player option and the possibility of signing an extension prior to the season starting and made it clear that neither was a direction he would go. In this case, it’s only about simple math. Either option would have cost Irving significant money, and that was a no-go.

Irving not exercising his option means he’ll be on the Boston books with a cap hold of $30.1 million. This is until Irving signs a new contract, either with the Celtics or a new team. Or in the very unlikely case that Danny Ainge chooses to renounce Irving. Given that move by itself won’t give Boston cap space, it’s not going to happen.

Boston will enter the summer with full Bird Rights for Irving as an unrestricted free agent. The Celtics can offer a max deal of five years with 8% raises. That projects to $189.7 million over five years. With another team, Irving’s max contract is four years and $140.6 million. If Irving re-signs for just four years (or four years with a player option for the fifth year), the Celtics can still offer nearly $6 million more over the life of the deal than any other team.