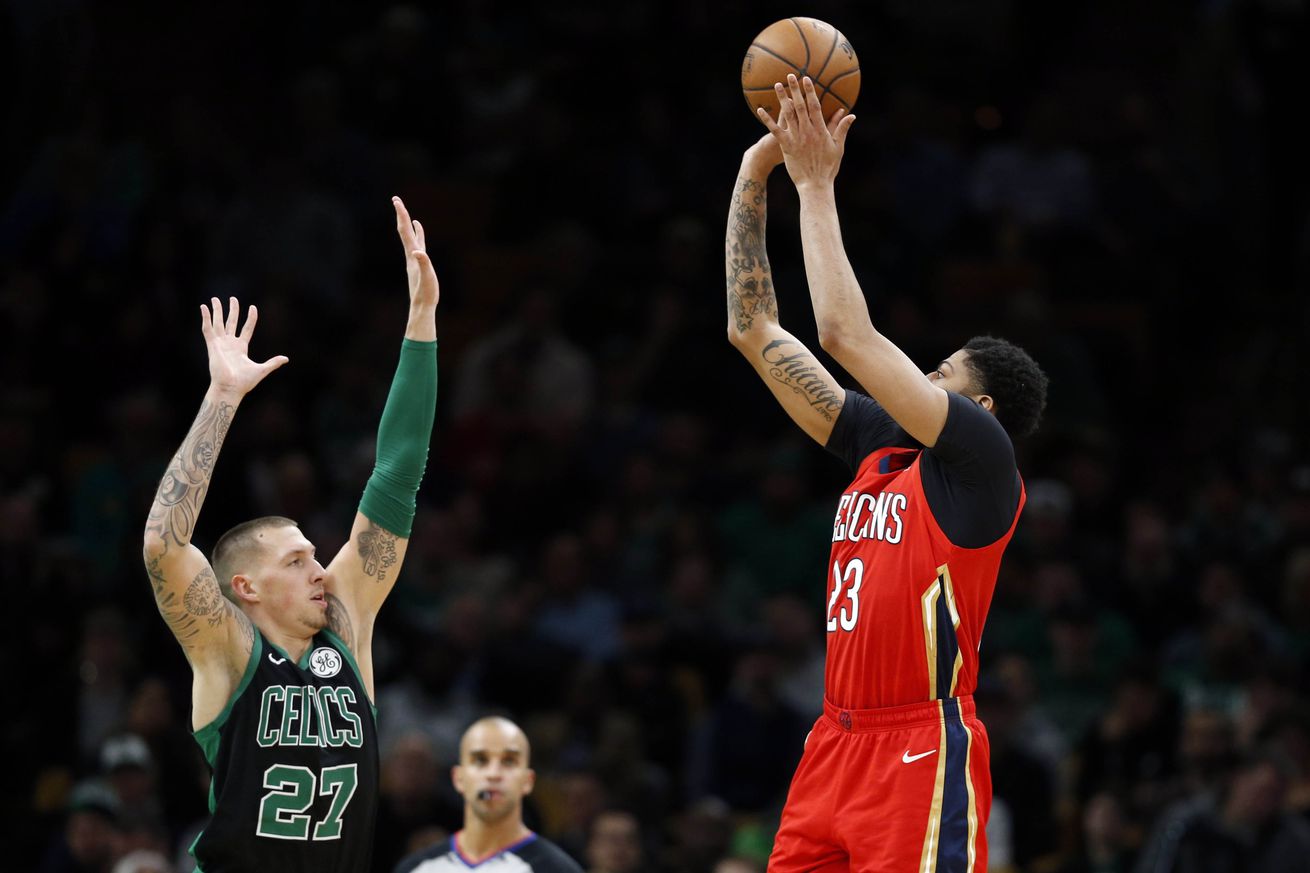 Boston? Davis’s father told ESPN in February that he wouldn’t want his son playing for the Celtics, and Paul confirms that he has warned off Boston management. “They can trade for him, but it’ll be for one year,” Paul says. “I mean: If the Celtics traded for Anthony Davis, we would go there and we would abide by our contractual [obligations] and we would go into free agency in 2020. I’ve stated that to them. But in the event that he decides to walk away and you give away assets? Don’t blame Rich Paul.”

Boston has long-been linked to Davis, who seems to be the apple of Danny Ainge’s eye as far as trade candidates go. The Celtics have the resources in terms of established young players and draft picks to make a trade for Davis. And, most importantly, the New Orleans Pelicans and new VP of Basketball Ops David Griffin have opened trade talks involving Davis.

While Griffin remains steadfast that he’ll make the best deal for the Pelicans, Davis’ camp continues to push for a trade to either the Los Angeles Lakers or New York Knicks. Those two teams have been rumored to be suitors for Davis since his well-publicized trade request prior to the 2019 trade deadline. The Lakers made a hard push for Davis at the trade deadline, offering many of their young players in a potential trade. But bad feelings about how the discussions were handled developed and no deal was consummated. Since that point, conflicting reports have surfaced as to New Orleans willingness to engage with Los Angeles regarding a Davis trade.

As for Boston, Ainge isn’t one to be scared off by bluster and talk of not staying. It’s important to remember that the Celtics weren’t on Kyrie Irving’s initial list of teams he’d be amenable to a trade with either. While that deal has had mixed results, including Irving’s impending free agency this summer, it shows Ainge’s willingness to swing for fences.

Recently, reports have come out that Boston is less willing to deal for Davis without a commitment from Irving that he’ll re-sign with the Celtics this summer. If Irving leaves, it’s expected that Ainge would still make a Davis trade, but would not be willing to go “all-in” and give up most, if not all, of Boston’s young players and picks in a trade. Without Irving in the fold, it’s likely the Celtics would hold back at least one of Jayson Tatum or Jaylen Brown and would also look to keep some of their draft picks.

How Ainge and Boston will react to this latest news, with Paul going on the record that Davis will not re-sign with the Celtics, is anyone’s guess. Again, Ainge won’t be scared off, but combine this news with Irving’s seeming reluctance to commit to Boston, and it’s easy to see the Celtics walking away. That could be hard to swallow, as Davis is a player Boston fans have salivated over from afar, but it’s probably the best move.

The trickledown impact will also be interesting. There is a belief around the NBA that the Celtics best chance at keeping Irving in Boston is to also complete a trade for Davis. If the Celtics walk away, or Irving believes Davis won’t stay long-term, it could cause Irving to look elsewhere for his next contract. And, of course, there is always the chance Ainge throws all caution to the wind and trades for Davis anyway, with the belief that having him in Boston for a year, with Irving and other veterans, could change his mind on re-signing with the Celtics.

The Pelicans haven’t put a timeline on dealing Davis, but the general assumption is that Griffin would like to have a deal in place prior to the 2019 NBA Draft in just over a week. Until then, rumors will continue to swirl. CelticsBlog will continue to update things as news develops.