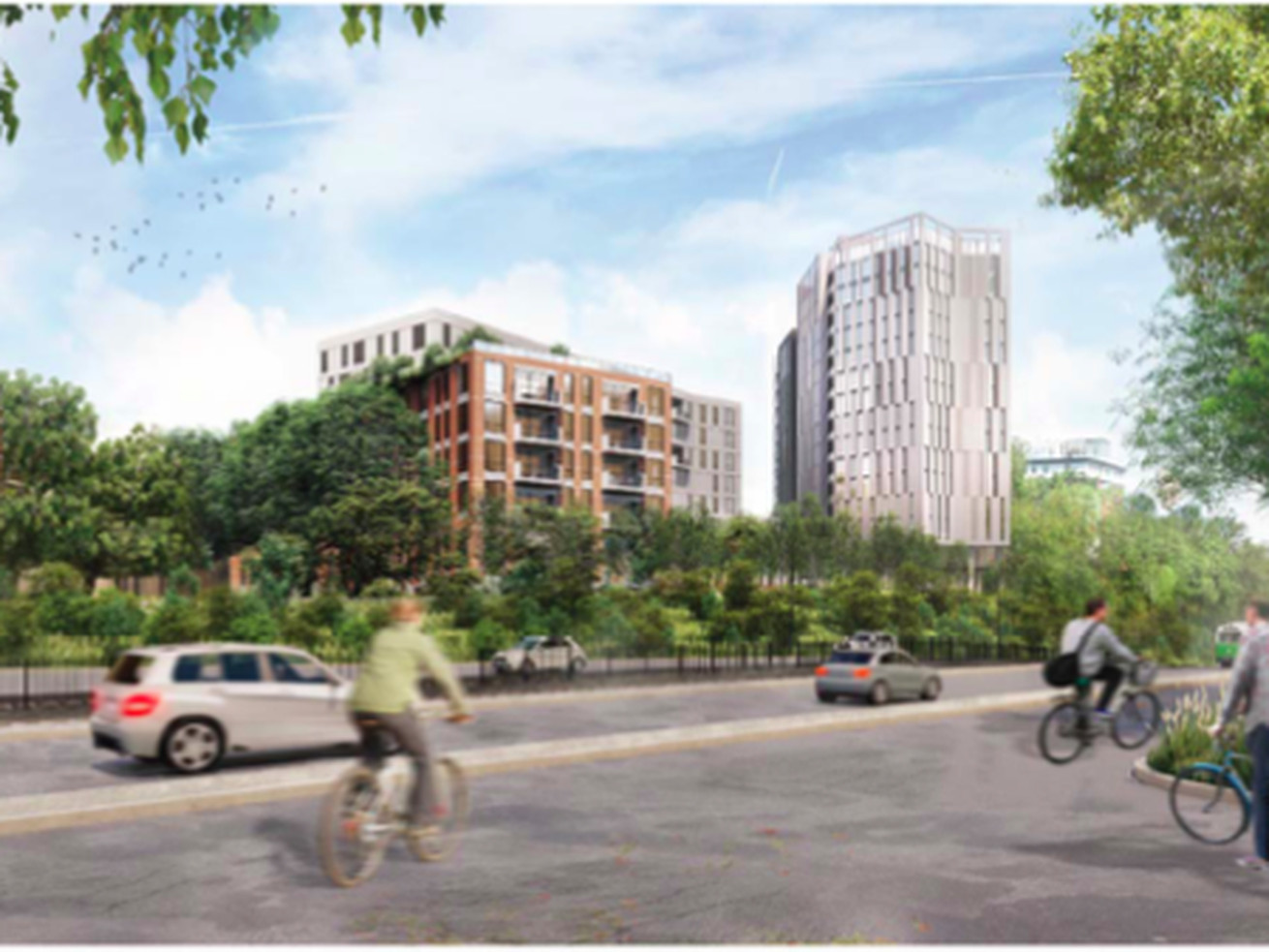 Boston-based developer the Davis Companies has proposed constructing a 340,000-square-foot residential building at 1515 Commonwealth Avenue in Brighton. It would be 17 stories at its highest point.

The U-shaped development at 1515 Commonwealth would include about 175 apartments and about 155 condos, and would go heavy on the green space. In fact, according to a June 10 filing with the Boston Planning and Development Agency, Davis says it would devote more than 40 percent of the site to a new, approximately 40,000-square-foot greensward fronting on the Commonwealth Avenue West Carriage Road.

The developer is also planning a new pedestrian connection at the site’s northern edge to facilitate access to the city-owned Fidelis Way Park from Comm. Ave. And Davis says the development’s amenities “will complement the active recreational uses in Fidelis Way Park and will include a flexible lawn for games and passive recreation, and a seating plaza with tables and a canopy structure to serve as a gathering area for small groups.”

And the hollow of that U-shape would be green space, too, and accessible to the public. The project would also include around 200 parking spots at or below ground level.

Finally, while 1515 Commonwealth would run to 17 stories at its highest point, most of it would run to six to nine stories. The project is in the public-comments phase at the BPDA. Stay tuned.