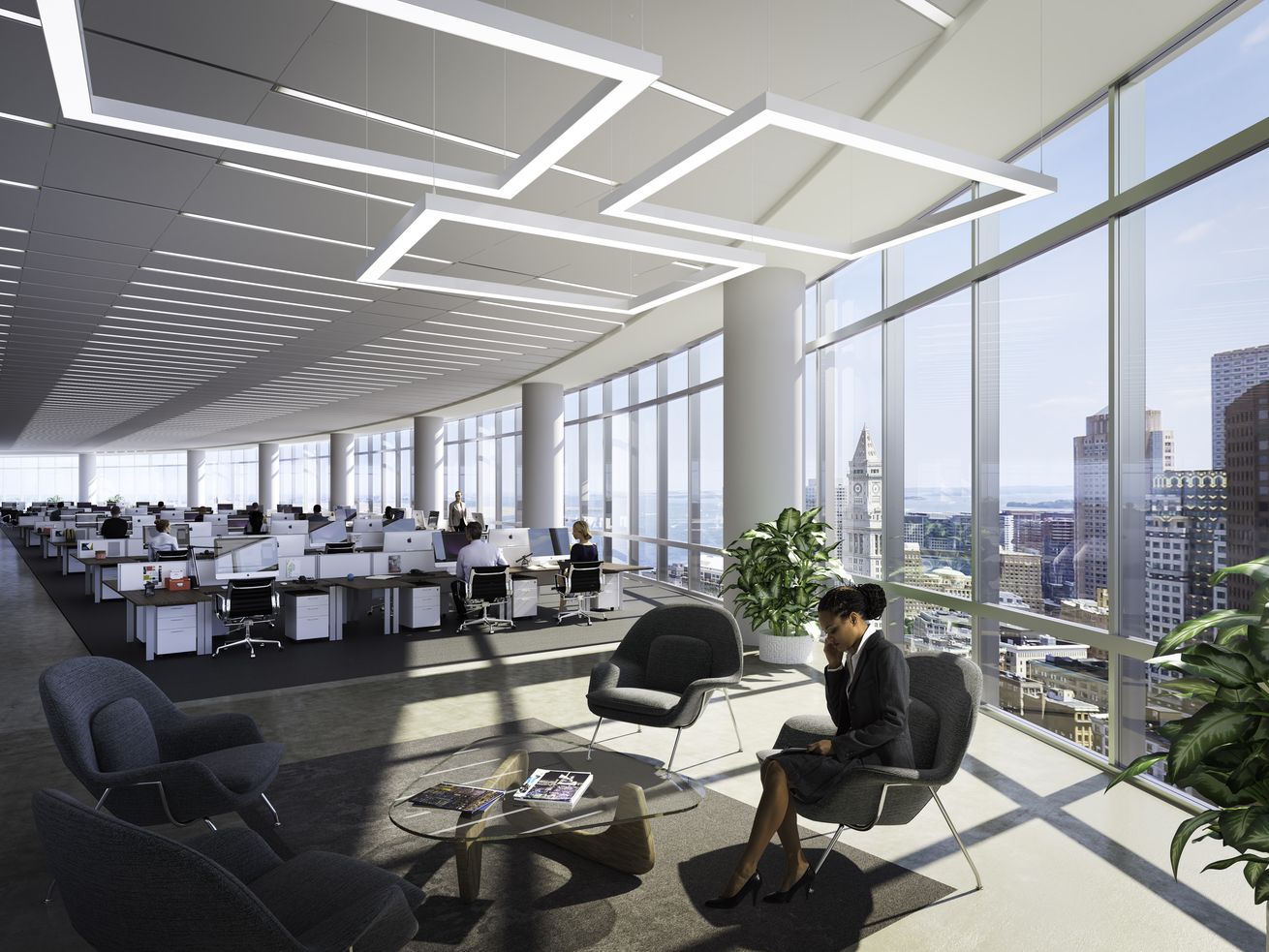 The developers behind One Congress—which, at 43 floors and 528 feet, is due to become Boston’s tallest new office tower since the early 1980s—will host an official groundbreaking June 20. Mayor Marty Walsh is expected to be the guest of honor.

The 1 million-square-foot tower is a partnership between Carr Properties and National Real Estate Advisors. The HYM Development Group is acting as the local developer. Financial services firm State Street Corporation committed in January to anchoring the tower with a 510,000-square-foot lease for 15 years.

Construction on One Congress is expected to wrap by 2023 (these are the latest renderings, courtesy of the developers). If everything goes according to plan, One Congress will be Boston’s tallest new office tower since the 590-foot One Financial Center opened in April 1984.

It will also be part of a much larger redevelopment of the Government Center Garage called Bulfinch Crossing. That project is due to include 812 residential units, 196 hotel rooms, 1.15 million square feet of office space, and 85,000 square feet of retail.