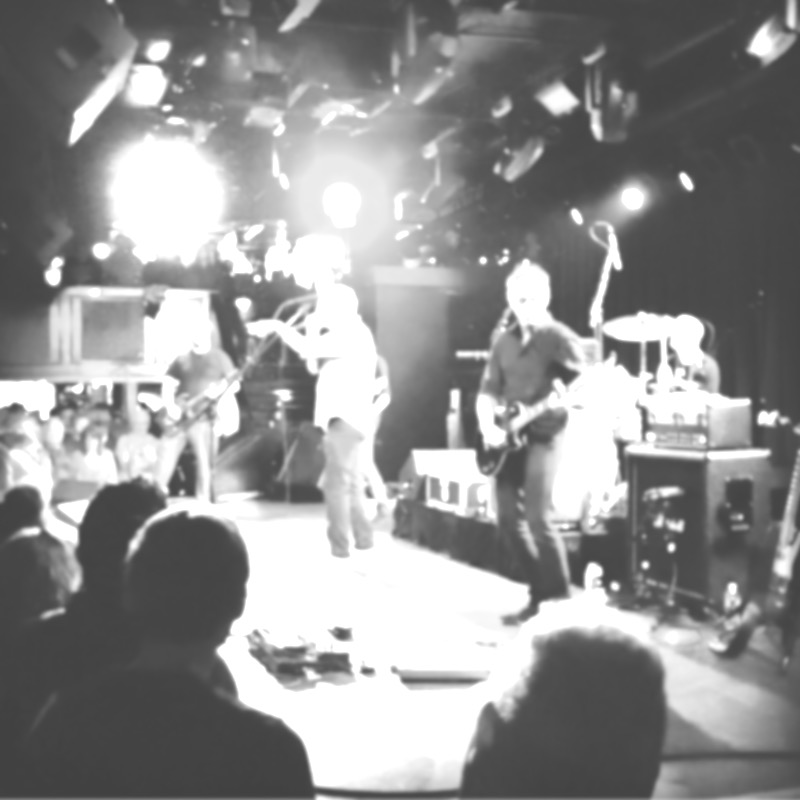 The last time I saw Guided by Voices hit the stage at the ‘Dise, albeit with its classic lineup, my wife and I were witness to a rousing, beer-soaked extravaganza in support of not one but three albums— Cool Planet, Motivational Jumpsuit, and the low-fi masterpiece Bee Thousand, then saluting its twentieth year with a mega tour and custom Dogfish Head pilsner. That show touted a whopping 48 tunes, classics such as “14 Cheerleader Coldfront,” “Motor Away,” “Smothered in Hugs,” and “Echos Myron” among them. Since then, Guided by Voices have disbanded, reassembled, and embarked on what many fans deem a new Golden Age of production.

With a lineup consisting of Robert Pollard, returning members Kevin March and Doug Gillard, and newcomers Bobby Bare Jr. and Mark Shue, GBV upped the ante on May 17th, this time showcasing songs from Zeppelin Over China and Warp and Woof, performing 59 songs from their gargantuan oeuvre. Setting the stage with the ominous anthem “Holy Rhythm,” GBV ripped through a diverse, stellar crop of songs, ranging from the harmonious onslaught of “Your Name is Wild,” to the steady rocker “Bury the Mouse,” to Gillard’s blazing glam solo on “I Am a Tree,” down to undisputed classics such as the psychedelic hall of mirrors “The Goldheart Mountaintop Queen Directory” and the infectious barn burner “Game of Pricks,” to name just a few.

Throughout the night Pollard fortunately took some time to dish out some of his fabled stage banter.

“Is The Gronk in the crowd tonight?” Pollard grumbled. “If he were here, he’d be pissing and shitting all over you… I’ll stop talking now.”

Although some fans such as my wife might feel mildly offended by having to keep up with such a relentless torrent of albums over the past few years, no human with a pair of righteous ears can deny that Guided by Voices is clicking on all cylinders in 2019.

The Club is open—now and always.