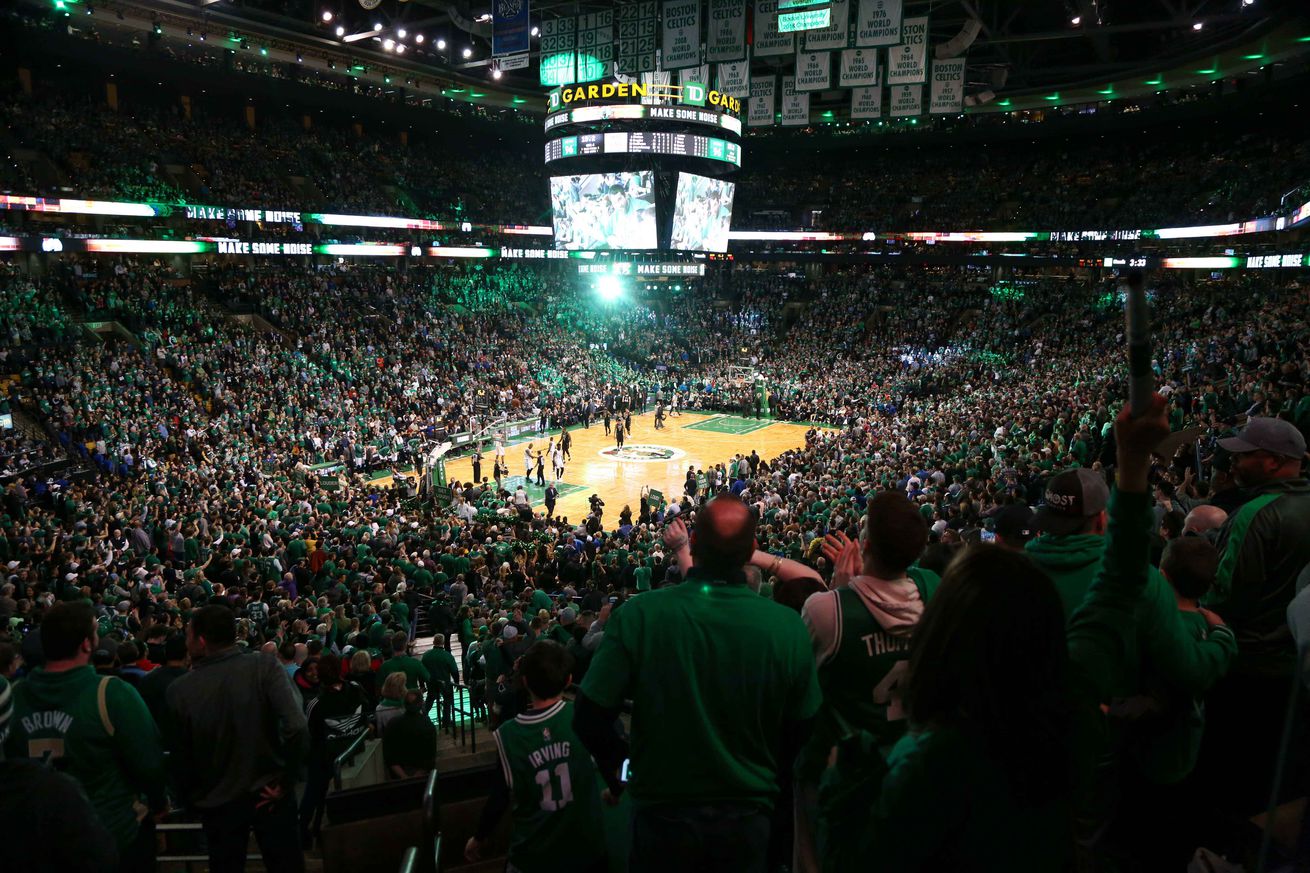 Something is happening with the Celtics, we just don’t know what.

Yesterday was a day, wasn’t it? Rumor after rumor. Report after report. The narrative shifting lanes more often than a commuter late for a presentation. But what additional information do we actually know today that we didn’t know the day before?

We’ve known for some time now that Anthony Davis (or at least his agent) has no current plans to play in Boston for the long term. We also know that Danny Ainge and the Celtics think that they can convince him to change his tune after a year together. That plan had mixed results with Kyrie Irving. If he had been a free agent last summer, he’d be locked up long term already. Now? We don’t really know but it doesn’t look terribly promising.

Speculation has run rampant surrounding Irving, but again we have no new concrete news to go on. Perhaps some of that has to do with him changing agents (a lot of our leaks and narratives are pushed by agents). Some of that clearly has to do with Irving being a weird dude that quotes famous thinkers and speaks in metaphors for fun.

Perhaps he’s ready to get up out of Boston on July 1st. Or perhaps he’s waiting to see what the Celtics do with Davis. Perhaps seeing his buddy Kevin Durant go down with an Achilles injury changed his thinking on things. Or perhaps it didn’t. We don’t know and that’s a little frustrating for us fans but this free agency evaluation process is 100% something he is entitled to. It was just complicated exponentially by his preseason “promise” and midseason “retraction” – and yes, I’m using those words in the most air-quotes way possible.

So where does that leave the Celtics? Apparently they are still going hard after Anthony Davis. Does that mean that Jayson Tatum’s days in Boston are numbered? What about Marcus Smart? There hasn’t been any new information on what the Celtics are offering as a package for Davis. That is kind of encouraging though because I’d rather not have the details played out across social networks for several weeks like it did with the Lakers in February.

This uncertainty has persisted for so long that I think I’ve had enough time to find peace with every outcome. Anthony Davis and Kyrie Irving for at least one shot at a title? Ok, let’s roll like the Raptors did this year. Full youth movement focused on Tatum, Brown, and Smart? Great, Hospital Celtics reborn! Some weird mix of the two that we haven’t even thought of yet? Cool, Ainge and Zarren are clever fellows.

We’re a week away from the NBA draft and I must admit that I’m terribly unprepared for a draft that we have 3 first rounders in. (Good thing we have writers on staff that have been paying attention.) It sorta feels like the Pelicans want to sort out the Anthony Davis situation before the draft, so perhaps we’ll know more in a matter of days. Or perhaps not if New Orleans can’t get what they are looking for. Sometimes these things drag out for months over the offseason. Free agency doesn’t even officially start till July (pay no attention to those men in designer polos talking in that dark corner in the back).

It sure seems like a lot is going on behind the scenes right now. There’s smoke and noise and even some sound effects being produced. All of which makes us in the audience want to know more. What does all the sound and fury signify? What will show up on stage when the curtain is lifted? They’ve got our attention. The NBA offseason is a broadway hit.