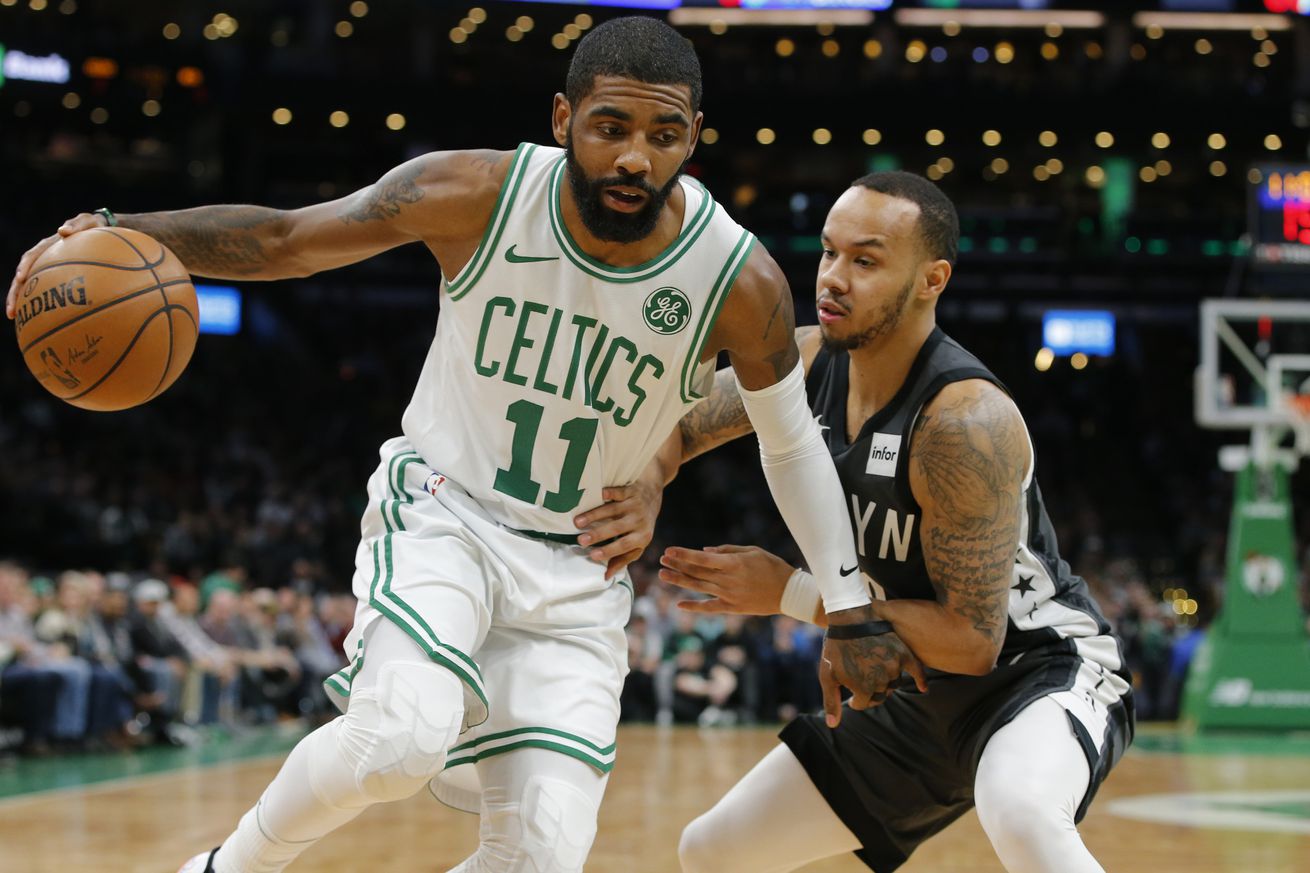 This could have a large impact on a number of Celtics-related things over the next week.

Steve Bulpett of the Boston Herald reported on Monday that Boston Celtics free agent star Kyrie Irving is preparing to join the Brooklyn Nets when free agency begins next month.

This feels weightier than other reports. Bulpett notes that the sources include someone with ties to Roc Nation, the agency that Kyrie Irving just agreed to sign with last night. Irving dropped his long-time agent Jeff Wechsler who also represents Jayson Tatum after speaking highly of him on the Knuckleheads Pod for the Player’s Tribune back in March.

While this isn’t definitive, it’s also more noise and more smoke on a situation that’s very loud and very smoky.

The other source is a league source that’s involved with another team, and Bulpett assures that both sources, while anonymous, are reliable and trustworthy. Bulpett has a strong track record when it comes to the Celtics and his reporting. Although neither of the sources are cited as Celtics sources, there are still reasons to believe that this report is credible, especially since it follows logic.

Obviously, all year, there were rumblings of Kyrie Irving and Kevin Durant teaming up. While Durant will sit out all of next year with a ruptured Achilles’ tendon, it’s unclear how this will affect free agency at this point. Maybe the Nets will clear a second max contract space, sign Durant, let him rehab and then field out a team featuring both him and Irving in 2021.

Irving has maintained many times during his previous two years here that he wants to be happy. We never know exactly what that means, but maybe going home is happiness to him. Again, nothing is definitive until pen is put to paper, but if you subscribe to the “where there’s smoke” theory, this is a lot of smoke.

This also has an effect on Anthony Davis talks. Will Danny Ainge pull the trigger even with Kyrie Irving potentially leaving? A Davis trade will presumably occur before next Thursday’s NBA Draft, so whatever team he’s traded to will likely give us further indication on Irving’s future.

Brian Windhorst of ESPN reported that the New Orleans Pelicans are using the Los Angeles Lakers as leverage to get Boston to pay more in a potential deal, stating that if the Pelicans liked the Lakers’ offer, Anthony Davis would be a Laker by now. This would seemingly indicate that the Celtics are the frontrunners to trade for Davis, but who knows what kind of team they’ll field around him if Irving does, in fact, bolt to Brooklyn.

There’s not much else to do but to wait and see.