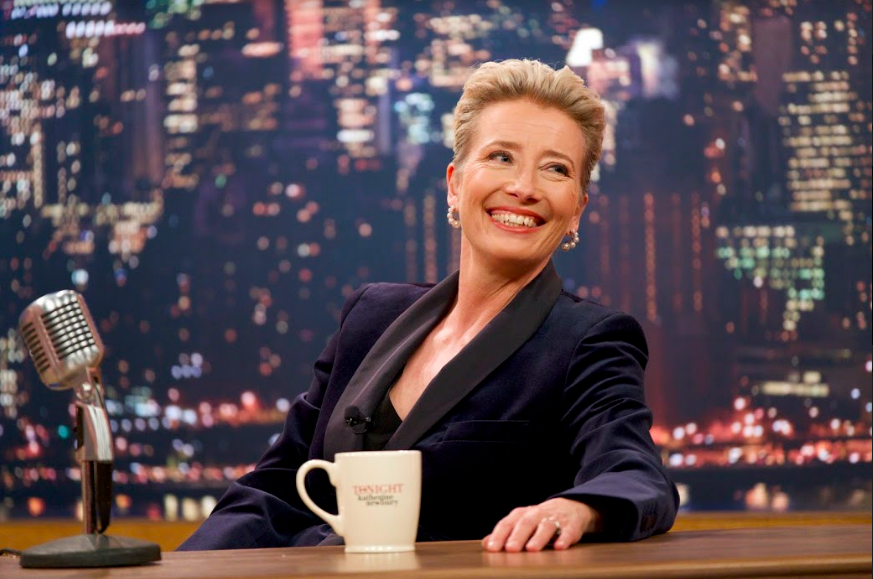 Before diving into the apocalyptic, gritty lives of comedy writers, take a moment to realize that a movie was written to take place in an alternate present-day universe where, in the land of male-dominated late-night shows that have been on for years on years, there lives a single female host who’s lasted longer than a year. In the relative scale of multiverses, it certainly isn’t a deranged proposition (Iron Woman, Lady Thor, and then female David Letterman) nor should it be. Alas, Late Night feels like sort of a subtle, sardonic note in the grand scheme of institutionalized misogyny. (Things are looking up; YouTuber Lilly Singh will have a chance to break the dry spell when she replaces Carson Daly in the fall. And as far as the parallel universe representation goes, I can be grateful that there was a POC Spider-Man on screen before there was the sadistic Peter Parker that mourns over MJ’s cancer-causing death that may have been due to exposure of his radioactive semen.)

At any rate, Katherine Newbury (Emma Thompson) is a befitting figure to take such a precedence in a business casual entertainment medium. With a slicked hot-white blonde pixie cut and sharply dressed in boldly colored pinstripes and three-inch oxford platforms even when she naturally domineers at a 5’8″, Katherine visibly looks like she’s long past toying with the microaggressions from the boys’ club in her career. Now nestled in as the longest-running female host for a late-night show, Katherine almost seems invincible from the male critique, but almost in an unspoken cycle in which any reflection of her womanliness (or overall personal opinion) in her shows are forbidden.

But as in the currentness of social media call-outs that catch like wildfire, it appears that Katherine hates women, which is supported by the all-male writer crew spawned of nepotism and substandard whiteness (it doesn’t help that she is known to fire female writers within their first year). Then comes in Mindy Kaling as Molly Patel (who for all intents and purposes is Mindy Kaling), brought on as a double-whammy diversity hire. Right from the first few scenes, Molly/Mindy earns her stripes, as she delivers joke after punchline after self-deprecating comment, so that we the audience know that she’s hilarious and rightfully throned on the writing staff. But not everyone else in New York City is on the same page as we are (in one scene, a male writer played by Paul Walter Hauser laments, “I wish I was a woman of color so I could get a job with zero qualifications”), and have their own off-scene complexes to deal with. IMeanwhile, Katherine sorta begrudgingly…likes Molly? Dislikes Molly? It’s hard to tell, because she is not a person with the space to enjoy anyone’s presence except her long-term husband (John Lithgow), who is ailing with Parkinson’s. 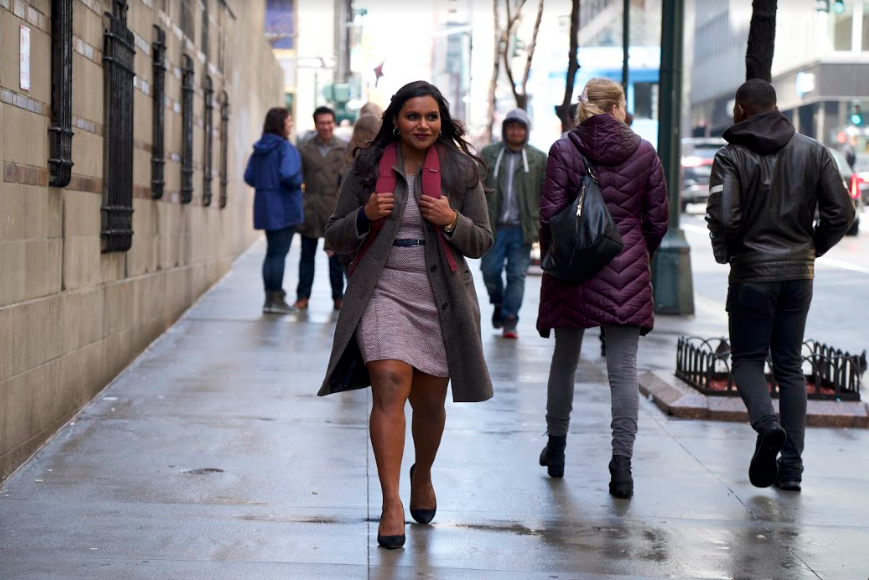 It’s strange that the “she hates women” rhetoric is so heavily emphasized in the beginning, but then dissipates as other important matters crop up, such as Katherine’s impeding replacement by a more frat-bro comedian, and a romantic affair between Molly and Charlie (Hugh Dancy). It seems unfair to introduce such a heavy-handed aspect of a main character, only to be left wavering and then seemingly forgotten. But I’d argue that Katherine’s implied disdain may have been a Trojan horse to introduce newborn writer Molly into the entertainment scene, since her recent job was an operations analyst at a chemical plant.

Refreshingly, Molly doesn’t demonstrate the Millennial workplace-passiveness in which unpaid interns are grateful for scraps of relevant experience (best believe that this is very much a personal attack on me).  She represents the brash protagonist that the marginalized aspire to be, especially in the circle of hell that is walking into a room where white men exclusively populate the groupthink. When Molly is warned of the potential over-masculinity of the writers’ room, she casually brushes it off, saying, “I’ve already seen them. I’m not worried.”

So, instead, it becomes more of Katherine’s journey than it is Molly’s. The show’s ratings are declining because Katherine refuses to change the show’s format to modern antics and celebrities, footnoting with the tagline, “Excellence without compromise.” But what does she actually want? Is it important for her to have the show, regardless of the means it’ll take to get there? Is the consistency of the show’s integrity more important than her job? Is she willing to relinquish the interviewee’s seat from award-winning journalists to YouTube influencers?

Late Night casts a wide net of questions weaved together, complex and compounded by the characteristics that men may not have to worry about as often, whether as a high-profile celebrity or an entry-level employee. Through many self-aware laughs, a winning-back-the-girl endeavor that includes Katherine climbing up the stairs to a Maggie Rogers song, and the eventual heartwarming apology/forgiveness/bettering sequence, it feels like happiness can be linearly attained and tied with a good house band send-off. Not too bad of an alternative universe.

Opens 6/14 everywhere! (though the Hassle recommends the Coolidge Corner or your local independently-owned multiplex)