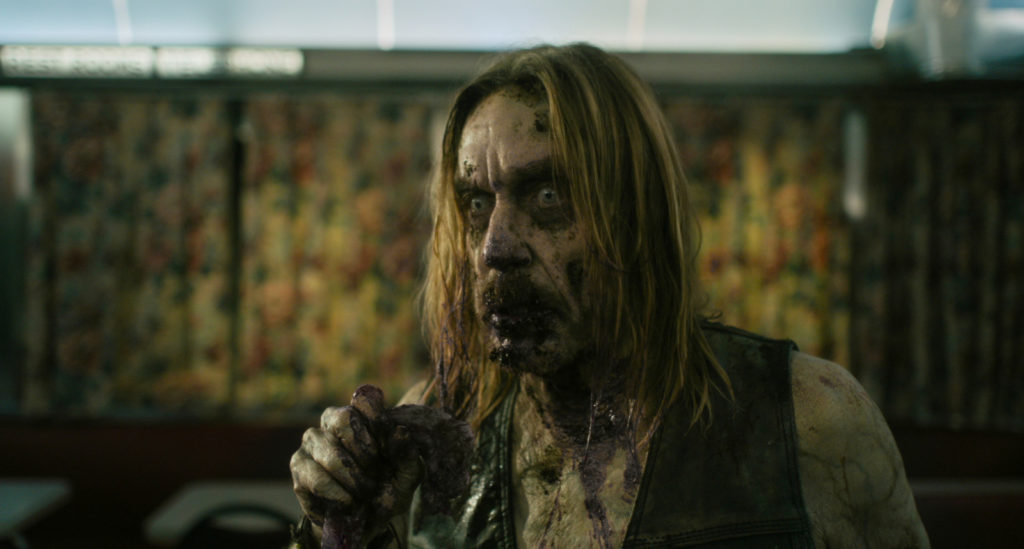 It’s funny how expectations can set the tone for a film’s perception. When it was announced that indie film legend Jim Jarmusch was making a zombie comedy, eyebrows understandably raised; the phrase “Jim Jarmusch zombie comedy” doesn’t roll naturally off the tongue, but neither do “Jim Jarmusch existential western” or “Jim Jarmusch vampire romance” or “Jim Jarmusch samurai-inflected gangster film,” and all of those mad-libs have led to some of the best-loved films of his career. The Dead Don’t Die rocketed from the realm of apocrypha to the national consciousness earlier this spring with its propulsive trailer, which pit a dizzying array of Jarmusch repertory players (and some newcomers) against the undead to the stomping strains of Love’s “7 and 7 Is.” The anticipation reached a fever pitch when the film was announced as the opening selection of this year’s Cannes Film Festival… where it opened to surprisingly blistering reviews. Now it’s out, and I can’t help but wonder if the conversation might be different if the expectations for this breezy, perfectly enjoyable little zombie comedy weren’t blown up to such monstrous proportions.

This is the part where I usually describe the plot of the movie. For the most part, the plot of The Dead Don’t Die can be described as “It is a zombie film.” The particulars center on the sleepy small town of Centerville (whose name and motto, “A real nice place,” harken back to Frank Zappa’s 200 Motels) and its police force, represented by Chief Cliff Robertson (Bill Murray) and Officers Ronnie Peterson (Adam Driver) and Mindy Morrison (Chloë Sevigny). Their beat consists mostly of settling petty disputes between local eccentric Hermit Bob (Tom Waits, in his Tom Waitsiest performance since his turn as a gold prospector in last year’s The Ballad of Buster Scruggs) and local asshole Farmer Frank (Steve Buscemi, in a “Keep America White Again” hat), delivering cadavers to the mysterious Scottish mortician Zelda Winston (Tilda Swinton, and oh my god I just noticed the pun in her character’s name), and swilling coffee at the local diner (manned by Stranger Than Paradise‘s Eszter Balint!). Unfortunately, polar fracking is tilting the earth off its axis, cursing Centerville with unnaturally long days, bizarre animal behavior, and the reanimation of the dead into savage ghouls who crave both human flesh and the banal comforts they pursued in life, such as coffee, chardonnay, and wi-fi. 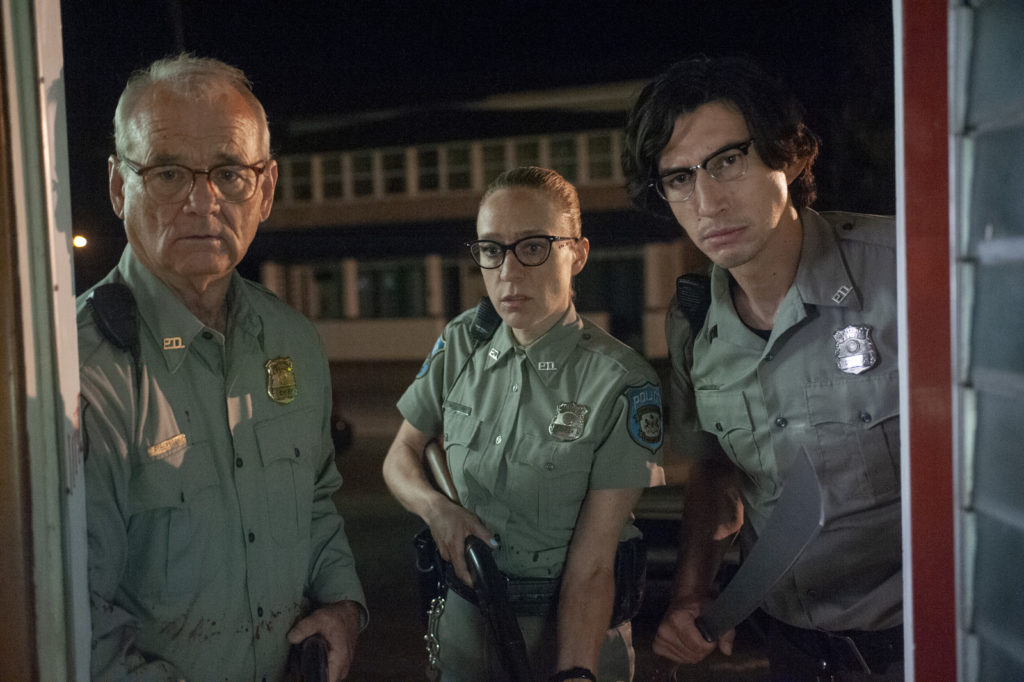 To be sure, The Dead Don’t Die is a lesser work in the Jarmusch canon; those hoping for the wistful genre transcendence of Only Lovers Left Alive or Dead Man may walk away disappointed. Likewise, gorehounds hoping for a balls-out splatstick bash in the (spurting) vein of early Sam Raimi or Peter Jackson probably won’t walk away with what they came for. Though he does pack in some satisfying kills (Swinton is delightful as always, particularly when brandishing a samurai sword), Jarmusch instead opts for a steadfastly deadpan tone, more in line with his old friend Aki Kaurismaki than with Troma. In a typical exchange, local character Hank Thompson (Danny Glover) expresses his shock to Murray upon discovering Balint’s body (who was mauled by a zombified Iggy Pop). “What could have done it?” he asks. “A wild animal? Several wild animals?” Driver wheels into the driveway in a comically tiny smartcar, observes the carnage. “What are you thinking, Cliff?” he deadpans. “A wild animal? Several wild animals?” Shortly after, Sevigny arrives on the scene, sees the corpse, and screams. “What could have done this?!” she screams. “A wild animal? Several wild animals?” If this scene makes you giggle, you’ll probably enjoy this film’s gently cockeyed sensibility. If not, you’ll probably be glancing at your watch.

Myself, I enjoyed The Dead Don’t Die immensely, but I can’t say I’m surprised at its hostile reaction at Cannes. A film this slight simply isn’t built to be the opening night selection at the most prestigious film festival in the world. To my eyes, Jarmusch would have been better served by taking the opposite tack, filming in secret and dropping it overnight like a Beyonce album. When I saw the trailer, I took it to be a sort of hipster version of It’s a Mad, Mad, Mad, Mad World. As it happens, its low-key humor couldn’t be further from that film’s gargantuan excess, but the two share the pleasure of watching a parade of familiar, phenomenally talented people goofing on their images in a deeply silly film (RZA plays a delivery truck driver for “Wu-PS”; Rosie Perez plays a newscaster named Posey Juarez). It feels like a party in which a bunch of old, cool friends drop in, make a few jokes, and leave. (This may be pretty close to the truth; in her post-film Q&A at the Brattle earlier this month, Sevigny noted that Driver– whose name she briefly blanked on and endearingly referred to as “The boy who was in Star Wars”– had to sandwich his scenes into his busy blockbuster schedule). Will The Dead Don’t Die make my year-end list? Maybe not. But I’m very fond of it, and its existence makes me happy.