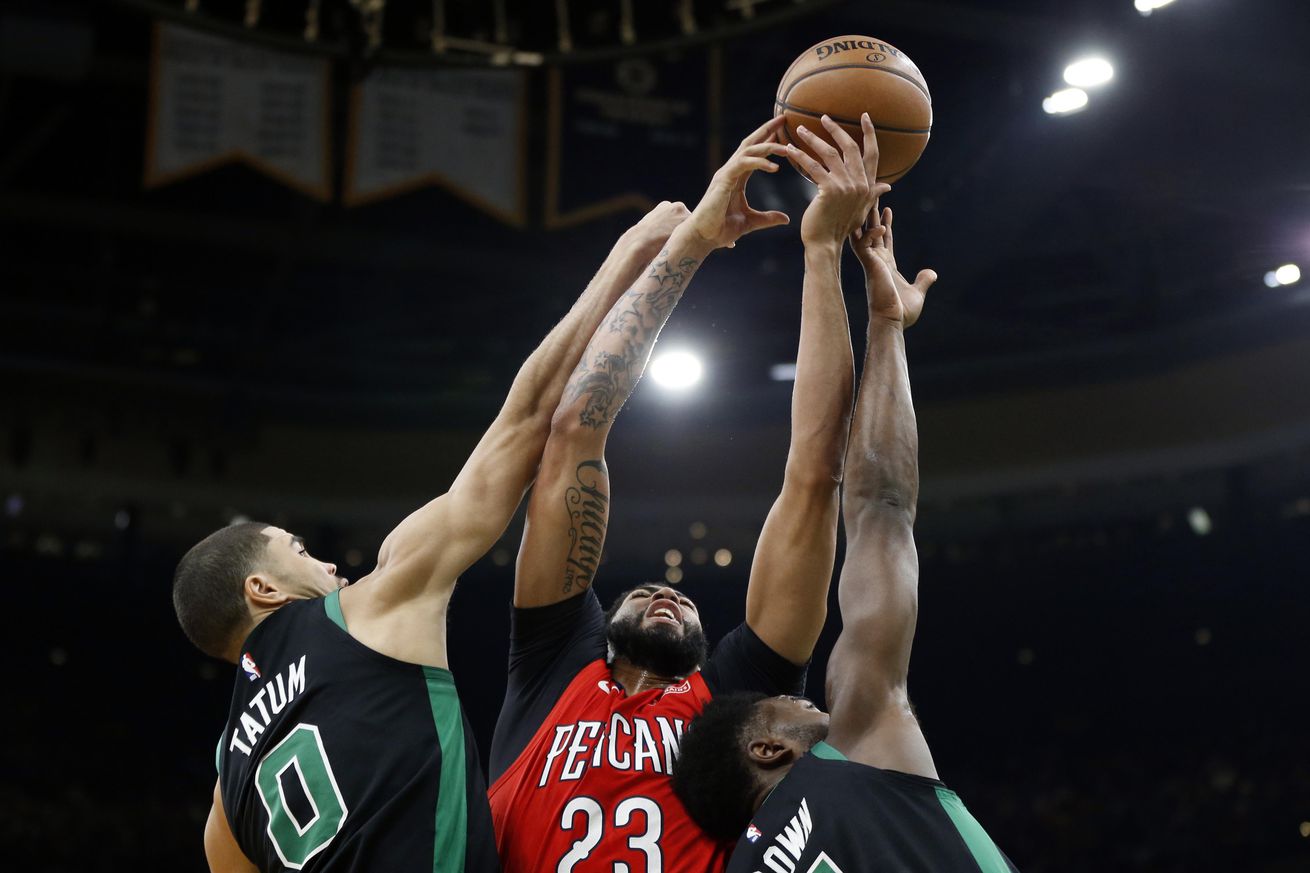 The Anthony Davis saga is over. After being in the Celtics subconscious for the better part of four years, the Pelicans big man was traded to the Los Angeles Lakers. Per ESPN’s Adrian Wojnarowski, New Orleans will receive Lonzo Ball, Brandon Ingram, Josh Hart, and three first round picks, including the #4 in Thursday’s NBA Draft.

Danny Ainge’s interest in bringing Davis to Boston has been widely publicized, but with Davis only wanting to re-sign in Los Angeles in New York, the risk was just too great. Couple that with Kyrie Irving’s reported imminent departure for Brooklyn, not making a trade with David Griffin was the prudent move. Per The New York Times’ Marc Stein, Ainge would not include Jayson Tatum in any deal.

Now, the Celtics’ off-season gets a little clearer. With Marcus Smart, Jaylen Brown, and Tatum still in the fold, their youth movement becomes a priority. Gordon Hayward still has three years left on his max deal and Al Horford has a player option for next season. In an interview with The Herald’s Mark Murphy, managing partner and co-owner Wyc Grousbeck hinted at other possibilities for the Celtics next season other than a pairing of AD and Irving:

Though he wouldn’t share specifics, Grousbeck has admittedly heard some fairly exotic scenarios being discussed.

“There’s definitely scenarios being spun inside the basketball office,” he said. “I’m there every day listening to them, that involve a number of players. I’ve heard a lot of scenarios. We’ll just see what happens.”

With Davis being the first domino to fall, the off-season has officially begun. Per The Boston Globe’s Adam Himmelsbach, the Celtics were never really close to a deal for Davis and will now be able to focus on the draft on the 20th and free agency on the 30th. Buckle up.