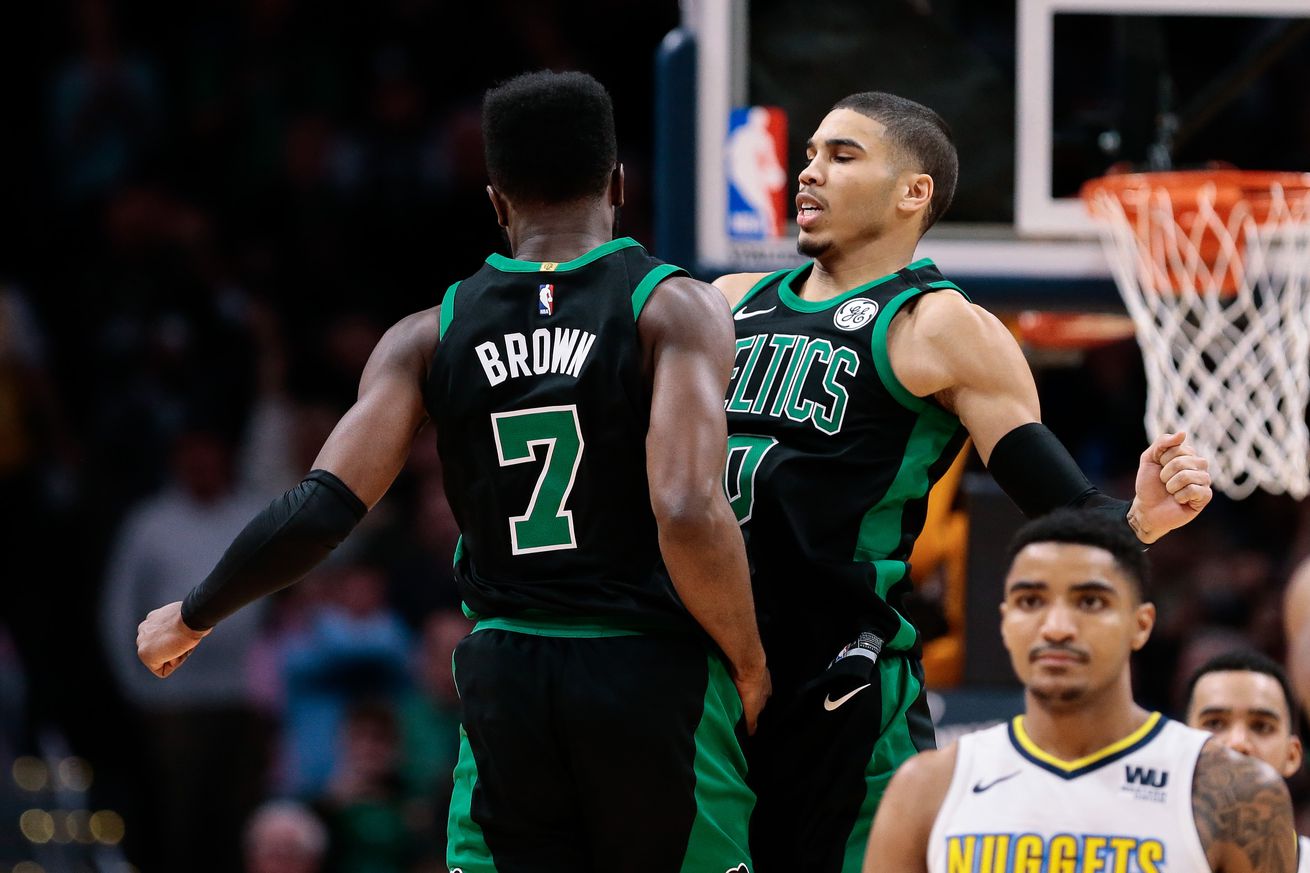 Unwilling to sacrifice the youth movement means the future is now for the Boston Celtics.

It’s a bittersweet day. First the bad news. After three plus years of targeting Anthony Davis, the Celtics did not acquire him despite having (by all accounts) the best collection of assets. Instead, he went to the hated Lakers to play with arch-nemesis LeBron James. Not great.

On the positive side, we get to build around Jayson Tatum, Jaylen Brown, and Marcus Smart (not to mention the Memphis pick). Those players represent the core future of this franchise and a great basis for building a team around.

There are still plenty of questions to work through for the rest of the offseason, even after we find out for sure what Kyrie Irving’s next move is. For example: What is Al Horford’s plan in free agency? What is the Celtics’ strategy in the draft? Does Terry Rozier return to Boston post Car Wash? Is there another trade target the Celtics have in mind? How confident is the team in Gordon Hayward’s return to form?

There’s also a lot of moving and shaking that needs to occur around the league in free agency now that the huge AD domino has fallen. The balance of power has already started shifting and there’s no telling where we’ll wind up in a few months.

The Celtics made a judgement call on the Davis trade and decided that the cost was too great. As hard as it is to walk away from a generational talent, I agree with that decision. For me it boils down to a kind of calculus. Getting a top 5 player is always the goal and Anthony Davis would qualify. However, there’s at least a 50% chance that he would be a one year rental. Now turn around and look at what we decided not to trade. What percentage chance is there that Jayson Tatum develops into a top 5 player? 5%? 15%? 30%?

Add to that calculus all the other pieces we would have had to give up (Smart? Brown? certainly several picks based on the Lakers package) and the price becomes too much. It was worth it for the Lakers who had to go all in to maximize LeBron’s end-of-prime years. The Celtics don’t have a LeBron and probably don’t have a Kyrie much longer either.

Instead they have Marcus Smart as their starting point guard. Jaylen Brown as a dynamic shooting guard with bigtime upside. Jayson Tatum as a potential star. Gordon Hayward hopefully back to 90% of his former self. Al Horford (if he stays) on load management for the rest of his career. Brad Stevens with a team that will theoretically buy in again.

That doesn’t mean that team is ready to compete for a Championship yet. But that’s a great foundation and we’ll have to see how Ainge builds upon it from here.