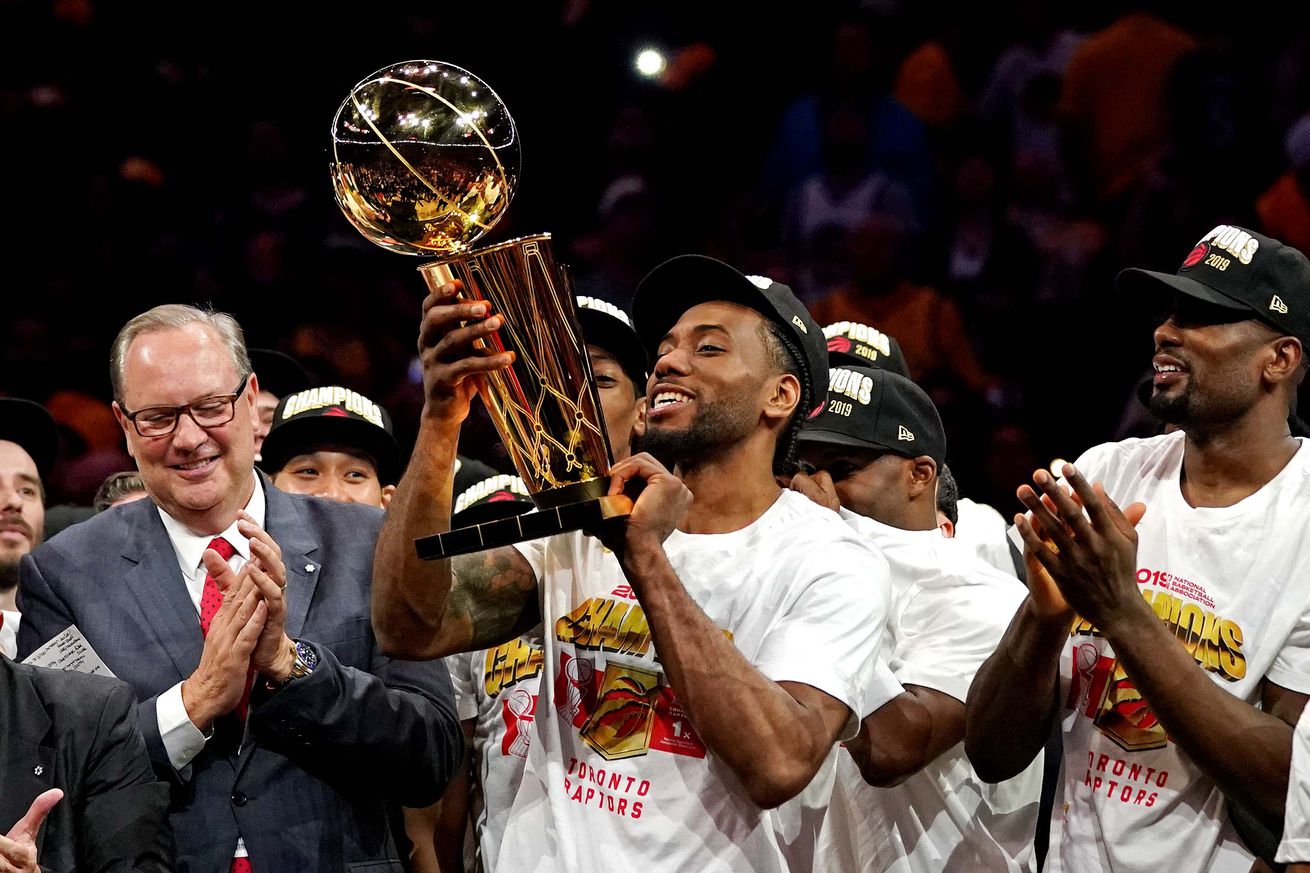 Remember the exuberance of LeBron bolting west? That force is back, and his name is Kawhi Leonard…if he stays.

It’s the product of our short attention spans for news. The fascination for transaction rules over the NBA. Within seconds of one of the most shocking NBA Finals runs ever — the first for the Toronto Raptors — and an all-time general manager job by Masai Ujiri, the people clamored an answer. Will Kawhi Leonard stay north?

He, of course, gave no answer. The Boston Celtics could use some clarity on it more than anyone else. Not long ago, LeBron James’ decade-long rule over the east and the Warriors’ five years looming over the league rendered trying to contend moot. The Raptors defied that notion and now become that exact hurdle, as well as a standard for risking it all to ascend to the top. The season was boom-or-bust from the start for Toronto.

As the Celtics regroup and browse their own potential risks, the Raptors could still be dismantled themselves. Leonard would depart a champion with little ill will. The Wizards will reportedly pursue Ujiri. Even if they’re only left to work with Kyle Lowry and Pascal Siakam next year, it’ll all have been worth it. Championships are forever.

In the case that Leonard accepts his chance to become the Michael Jordon of Canada, Boston would have three major hurdles in their own division alone. Irving is on the verge of joining the Brooklyn Nets by all accounts. The Philadelphia 76ers woke up this morning knowing they were one bounce off the rim from possibly being in Toronto’s shoes. The Knicks lurk in the shadows with cap space and the #3 pick in next week’s draft.

The East is becoming challenging grounds to even make the postseason depending on how this off-season progresses. Danny Ainge remains aggressive ahead of next week’s draft. He could make a splash this summer, but the chance to acquire the best player in the NBA passed him by.

Toronto has young assets to get in on Anthony Davis themselves. Siakam scored 44 points in a game this past season, a feat Jayson Tatum has not pulled off in his career.

The risk Toronto pulled the trigger on last summer felt like a response to Boston’s perceived monopoly in the conference. It’s still unbelievable to watch Lowry and company hoist the trophy just over one year after LeBron James’ layup could have ended competitive basketball in the city. Now, the Celtics sit in the position they were in back then, needing something large just to get back into contention, or simply patience for the road ahead.

No matter what happens, the gamble already paid off up north.