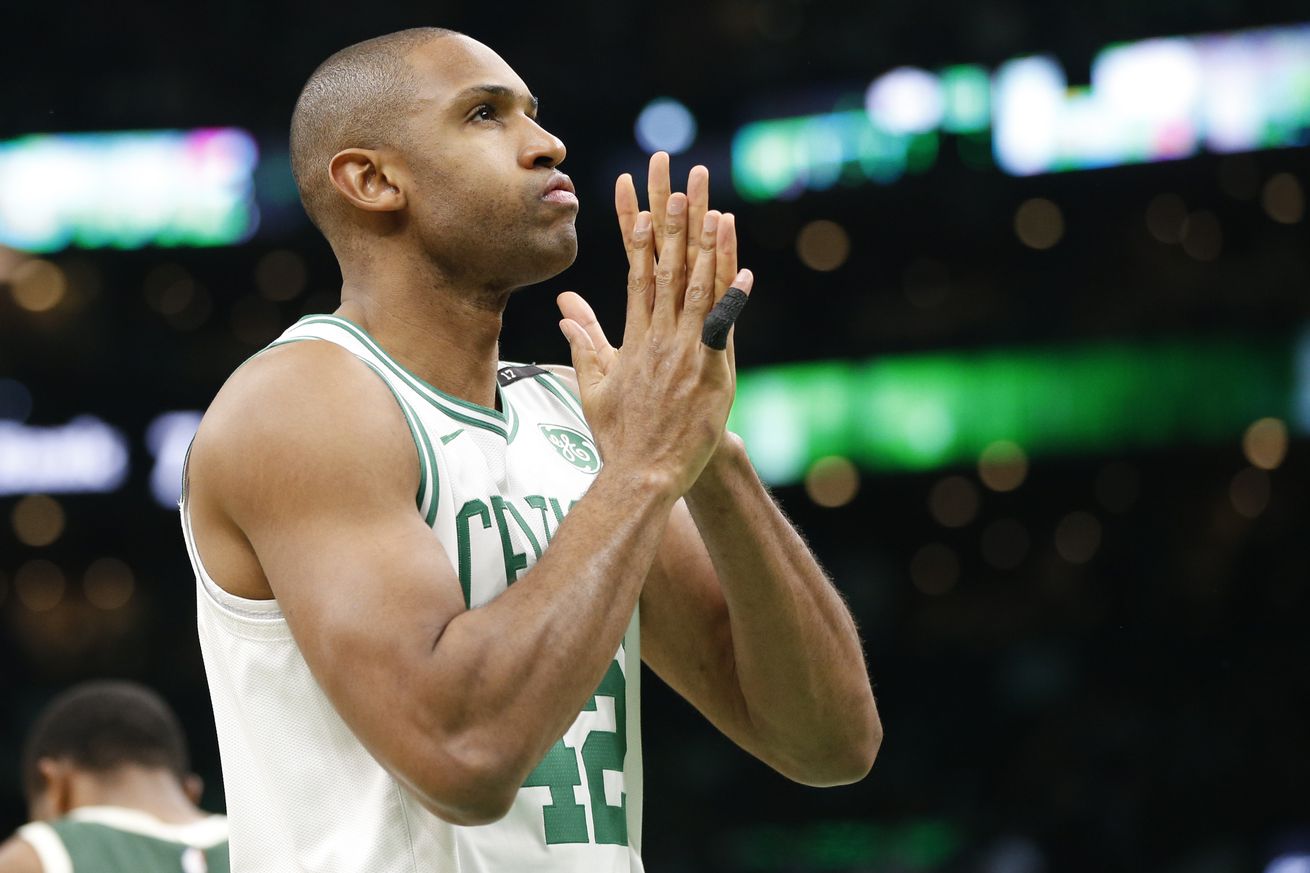 Horford has a $30.1 million decision to make Tuesday.

Lost in all the attention we’ve given to Kyrie Irving and Anthony Davis is the decision that looms before Al Horford, who has a player option that he can pick up for next season with the Celtics.

I was told that Al Horford hasn’t made a final decision yet about his $30.1 million player option for next season. The deadline is Tuesday, but that can be moved back if both sides agree.

It all depends on what he prefers and how he feels the team is set up going forward. Here was his comment immediately following the season.

“I’ve enjoyed being here in Boston,” Horford said after the Game 5 loss. “I just have to wait and see what we’re going to do as a team, and the steps that management’s going to be taking forward.”

Will the recent developments (and likely developments on “July 1st”) make it more or less likely that he’s here long term? What other moves does Danny Ainge have in mind?

We have already seen Aron Baynes opt in to his 2nd year despite the fact that he might have earned a bigger or longer payday with his play. Will Horford stick around as well?

If Al decide to leave then the Celtics do have a path towards having cap space, but it doesn’t seem like a likely path forward, as Keith explains:

If Horford opts out and Boston renounces or loses all of their FAs, they would have $27.8M in cap space. That could climb a bit if they stash or trade a draft pick.

It’s unlikely this is the way it will go however. https://t.co/PFPXEUTQxL

Update: Sounds like Horford is leaning towards staying in Boston either way:

Hearing this morning that Al Horford is still undecided on his player option for 2019-20. Also told that even if Horford does opt out of next year, his preference is to negotiate a new deal to stay with Boston.

The bottom line for me is this. Horford could absolutely get a long term deal on the open market. He’s better than anyone the Celtics could hope to get this summer by freeing up cap space. He sounds like he wants to be here and the Celtics should absolutely want him to be here. They’ve made restructuring his deal “a priority.” Nothing is ever a certainty, but I’d expect something to get done that makes sense for both sides.