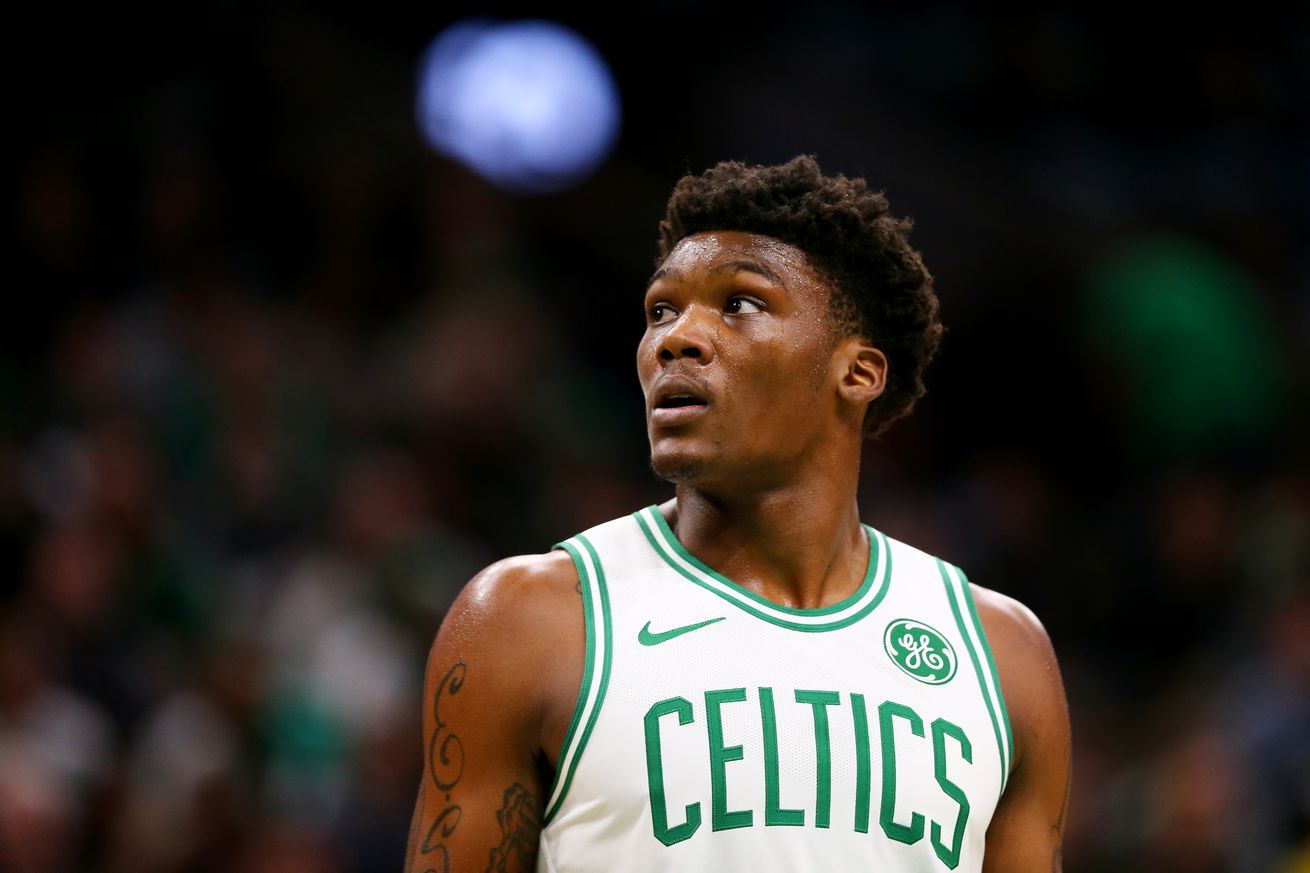 The young Celtics center has lots of size and talent but will need time to put it all together.

When given the chance, Robert Williams made his presence felt on the court. Denying shots and catching lobs, Williams, 21, could be the type of high-energy, athletic big man that still has a place in the league.

At 6-foot-10, 240-pounds with a nearly 7-foot-6 wingspan, Williams has all the physical gifts necessary to compete in the frontcourt. What’s between his ears, however, could be the only thing holding him back.

The Celtics spent their 27th overall pick on Williams, hoping to tap into the potential of a lottery-level talent. A Texas A&M rules violation led some to question Williams’ maturity and motor and likely caused him to fall to the late-first round. Still, Boston bet on him.

At first, it looked like Danny Ainge played the wrong hand. Soon after Boston drafted him, Williams overslept and missed an introductory conference call. Later, he missed a flight and the first summer league practice.

Williams, 21, was making the skeptics look like realists and the Celtics look like fools. But even with the rough first impression, the season hadn’t even begun yet. Could he regain Boston’s trust?

In his rookie campaign, Williams played sparingly. Though he earned enough of the coaching staff’s trust to become the “break in case of emergency” backup center, he never elevated through the crowded depth chart.

Even with limited playing time, Time Lord finished in the top-10 in blocks among rookies, and his per 36 numbers project — though the “per 36” game is a dangerous one — a double-double machine that swats shots at a record rate.

As the season progressed, it seemed as if Williams figured out his alarm clock situation, too. There weren’t any reports of showing up late to meetings or practice. It appears as though the Celtics have helped Williams answer the maturity question along the way.

Arguably Williams’s best game came in mid-December against the Phoenix Suns, when he scored eight points, grabbed eight boards and swatted five shots in 24 minutes. At the time, starting center Al Horford was nursing a sore left knee and Aron Baynes left the game early after breaking his hand.

Against Phoenix, he showed just how explosive he can be. Because Horford prefers to pop out to the perimeter after setting on-ball screens, Williams gave Boston a new element in the offense by rolling hard to the rim.

Horford and Baynes’ injuries paved the way for some Time Lord minutes, and although he had nice statistical game, Boston handed the Suns one of their 19 wins of the season. The loss served as a microcosm of what type of player Williams is right now, and why the Celtics were ecstatic he dropped to 27th. With the same injury situation against New Orleans in December, Williams was a +13 with seven points, 11 boards and three blocks in 25 minutes.

Still, Williams is a work-in-progress. On defense, he often goes for every block instead of staying put and knowing when to play the passing lanes in help defense. He averages 4.6 fouls per 36 minutes. Unless he’s running a simple pick and roll, he often looks lost in Brad Stevens’ motion offense.

The Athletic’s Jay King wrote that the biggest thing Williams needs to improve on is his general awareness.

The Celtics coaching staff knows Williams can sky for blocks and alley-oops. They realize he can deliver special plays regularly. He needs to learn how to routinely make the simple play. Given how much Celtics big men handle it on the perimeter, he should spend the summer working on his ball skills. He should also spend plenty of time watching film of solid positional defenders. It’s fun to swat shots to the moon, but the best defenders take away scoring opportunities before they even materialize.

Earlier this week, Baynes picked up his player option for the 2019-20 season. Assuming Horford also opts in, the Celtics depth chart for the center may look pretty similar (Daniel Theis may or may not rejoin the team). If this is the case, the Celtics will need Williams to be able to stay on the court for serious minutes as a rotational player.

Or, the center depth chart could look very different after this summer. Many mock drafts peg the Celtics to take Oregon center Bol Bol in the upcoming draft, which would certainly add a wrinkle to the frontcourt. Bol Bol has the potential to become a 7-foot-3 inside-out phenom, he’s already suffered a serious foot injury and some scouts question his work ethic. He’s a classic high-risk, high-reward prospect.

Boston is also rumored to be interested in trading for Houston Rockets center Clint Capela, whom Williams is often compared to. As a 20-year-old rookie in 2014, Capela averaged 2.7 points and three rebounds for Houston, numbers awfully similar to Williams’ rookie campaign. It’s possible that trading for Capela could be redundant, considering Boston may have a raw, younger version of him already on the roster (it’s more likely than not that Williams never develops into the fringe All-Star Capela is).

Whether or not the Celtics take a swing on Bol or give up assets for Capela says a lot about how they feel about Robert Williams’ progression as a player and person.

If Williams can screw his head on straight on the court, he’ll fit perfectly beside Horford or alone with a bench unit. Like Capela, Williams’s athletic tools allow him to be a productive rim-running, paint-protecting center who can make plays without having plays called for him.

Also, Williams’ general court awareness isn’t the only thing he needs to improve. When asked about what he’s going to work on this summer, he told Steve Bulpett of the Boston Herald: