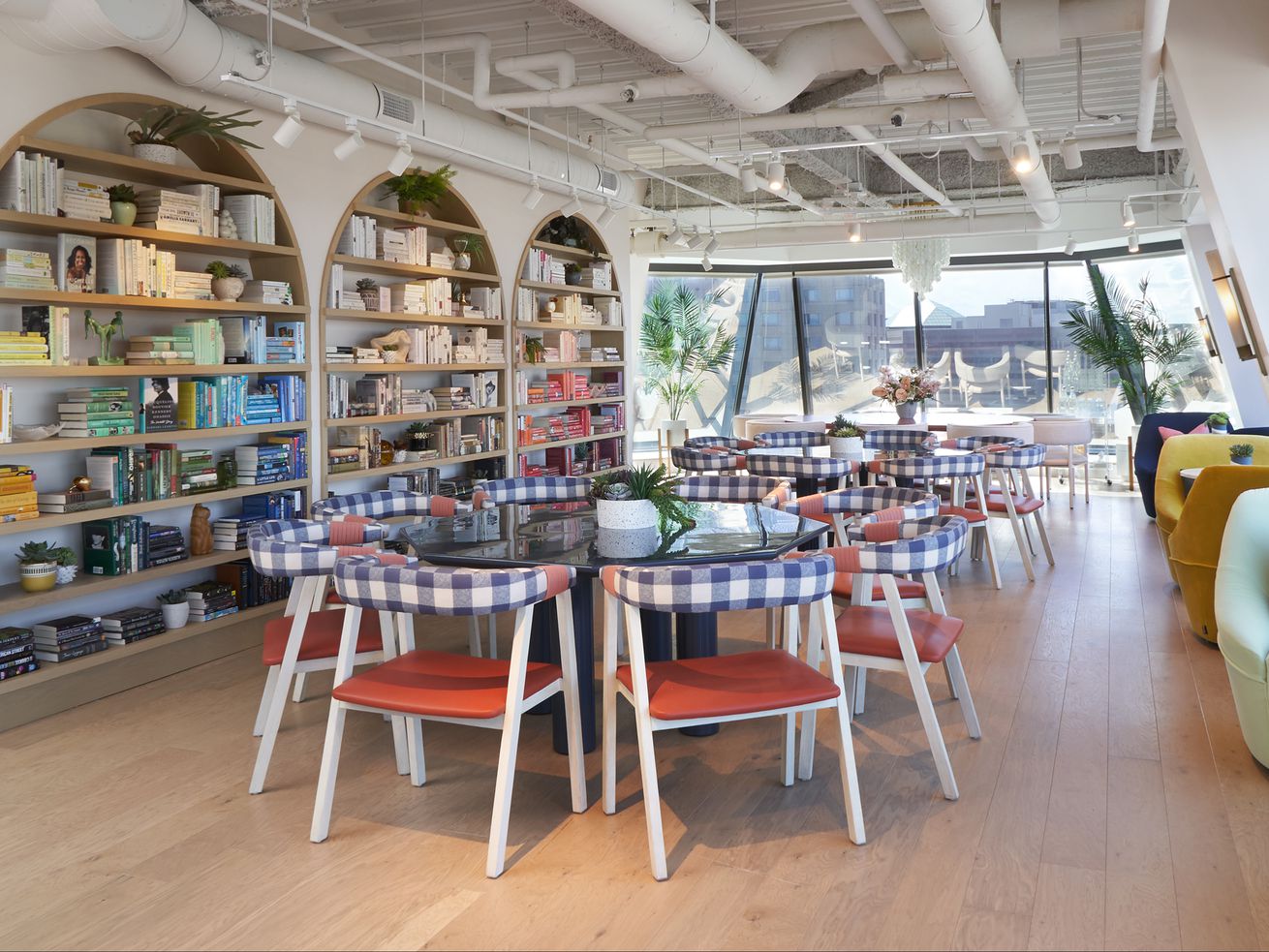 The Wing, the members-only, women-focused association that started in Manhattan in October 2016, is opening its first Boston location on Monday, June 17, in 10,500 square feet, indoors and outdoors, on two floors at 699 Boylston Street in Black Bay.

The space includes a seasonal terrace; a beauty room; lockers and showers; conference rooms named after the very real Josephine St. Pierre and Ruby Foo; phone booths named after the fictional Jo March, Lois Lane, and Addy Walker; a cafe; an art gallery for featuring local creators’ work; a lending library with more than 2,000 women-focused titles; and what the Wing is calling a “mothers room.”

There are also 360-degree views, including of the Charles River, from voluminous runs of floor-to-ceiling windows. CallisonRTKL Architects designed the space, and Elaine Construction Company was the contractor.

The design is meant “to pay homage to the original women’s colleges, many of which call New England home, including Radcliffe, Wellesley, Mount Holyoke, and Smith College,” according to a release from the Wing. “Rich tones of hunter greens, deep yellows, and navys are complemented by custom plaid prints and Wing-designed wallpapers.

“The quiet room includes a modern take on the classic long tables commonly found in university libraries, and the center of the space houses a beautiful winding staircase inspired by those found in many of the Seven Sisters residential buildings, connecting the two-story penthouse space on Boylston Street.”

The Wing is offering what it describes as membership costs competitive with other co-working options in downtown Boston. A Wing membership for just the Boston location is $185 a month, and includes special offers and programs. A $250-a-month option gets members access not only to Boston, but to Wing locations in other cities such as New York, Washington, and Chicago.