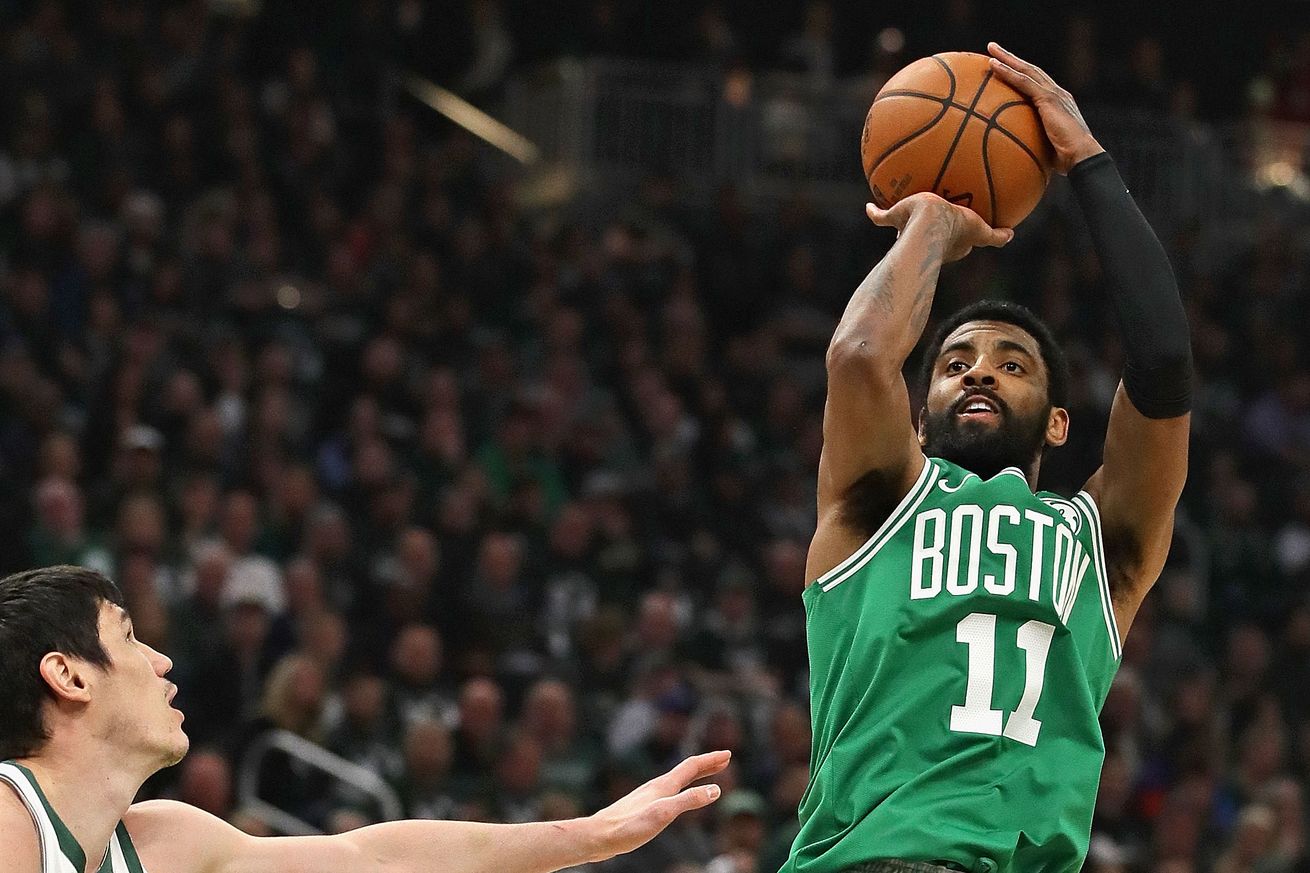 Per a report from Shams Charania of The Athletic, guard Kyrie Irving and the Boston Celtics will meet soon to discuss Irving’s plans as a free agent:

All-Star Kyrie Irving, who has decided to opt out of his $21.3 million deal for next season to become a free agent, and top Celtics officials will meet soon to discuss his future, league sources said. A potential meeting could occur before Thursday’s NBA draft sources said, as both sides could look for clarity ahead of the start of free agency on June 30.

Irving recently declined to exercise his player option to extend his contract through the 2019-20 season. This means he’ll be a unrestricted free agent at the end of the month. This course of action was expected as far back as when Irving was first acquired from the Cleveland Cavaliers via trade in 2017. He quickly shot down any talk of signing an extension or opting in, as either path would have cost Irving considerable money.

In an ideal world, the Celtics and general manager Danny Ainge, would have a sense of Irving’s plans prior to the 2019 NBA Draft on Thursday. This would allow Boston to begin their offseason maneuvering knowing if Irving was part of their future or not.

Irving has recently been linked to the Brooklyn Nets, New York Knicks and Los Angeles Lakers, as well as mentioned to have interest in a return to the Celtics. Rumors had Irving interested in teaming up with Kevin Durant with either the Nets or Knicks, but it’s unknown how Durant suffering a torn Achilles’ tendon has altered the plans for either player.

Irving has also been long-rumored to have interest in playing with Anthony Davis. Some reports suggested that Irving’s chances of re-signing with Boston hinged on their ability to acquire Davis from the New Orleans Pelicans via trade. With Davis having been traded to the Lakers, there are rumors that Irving will join former Cavs teammate LeBron James and Davis in Los Angeles.

At this point, as Charania’s report suggests, Boston and Irving could both be looking for a better understanding of the point guard’s mindset and the Celtics offseason plans before free agency opens. The Celtics remain the only team able to offer Irving a full max contract of 5-years and over $189 million. Irving is eligible for a max deal of 4-years and over $140 million with any other team. If Irving’s intention is to forgo the biggest possible payday, Ainge would like to know that and to be able to progress through the draft and free agency knowing he has a potential hole to fill at the point guard position.

It’s not as cut and dry as being all about money for Irving, as fit and overall happiness will play a big role in him choosing a team to play for next season. Coming off a disappointing season in Boston, Irving could choose to sacrifice some money to pick a destination where he’ll be happier. Or Irving and the Celtics could iron out their issues and agree to continue their partnership. Maybe this reported meeting will help clear things up for all parties involved, as the draft looms just days away with free agency opening a week and a half later.