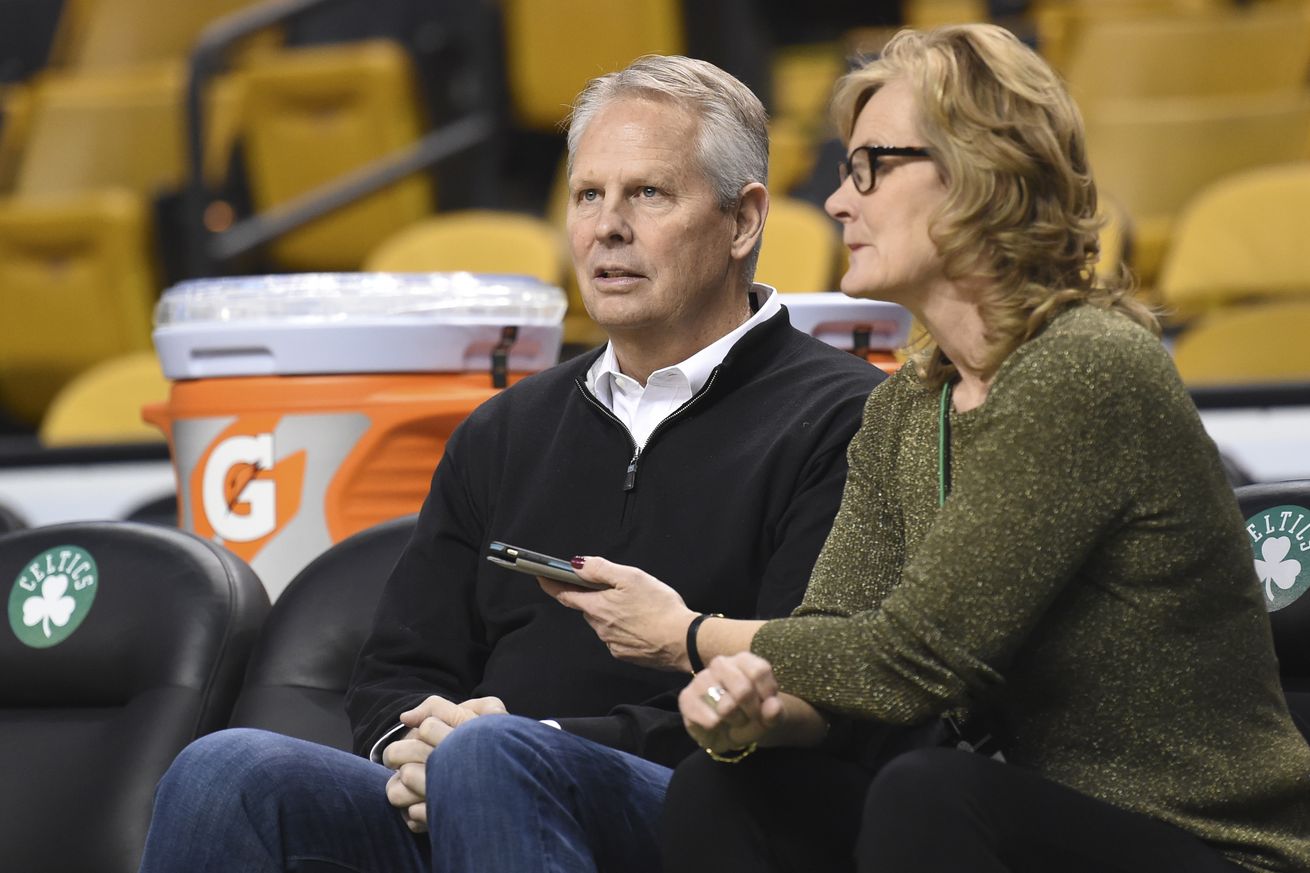 The Celtics have 3 first round picks in the NBA Draft (picks 14, 20, and 22) as well as a 2nd rounder (51 overall). They also have a pretty young roster which centers around 2 guys under 23 years old (Jayson Tatum and Jaylen Brown) and includes Robert Williams, whom they are trying to develop. It should come as no surprise that they aren’t very eager to add 3 or 4 more kids to the mix. Woj reported on ESPN just that:

I’m told that they have been really aggressive out in the marketplace… again, 3 picks in Thursday’s NBA Draft, I’m told they don’t want to have 3 rookies on the team. You can expect one way or another at least one, maybe 2 of those picks end up somewhere else.

Woj says on @SportsCenter that the Celtics are “almost to the point of resignation” that Kyrie is going to leave.

Also reaffirmed that the Celtics will try to trade at least one of their three first-round picks. pic.twitter.com/2K8ViOgPGT

This isn’t the first time we’ve heard that rumor, but it is interesting to hear it in the wake of the Anthony Davis trade. Regardless of the Kyrie Irving decision, it sounds like they’ll be looking to make some deals on draft night.

Trading up doesn’t make a ton of sense in this draft (many consider it to be very “flat” meaning there’s not a lot of separation between players within certain tiers). They might try trading out of the draft for future assets if only to kick the can down the road a bit. There aren’t a lot of great draft-and-stash options this year.

So that leaves the option of trading picks for current players. The problem there is that you still have to match salaries in most cases and there aren’t a lot of middle-range salaries the Celtics can offer up to teams without giving up someone they want to hold on to.

Now, they can want to make a move and still not find any takers. Having future assets is great until you can’t use them to trade for anyone and you are forced to pick a player that other teams may or may not have any interest in.

Draft night is always an adventure and this year should be must-see TV once again.